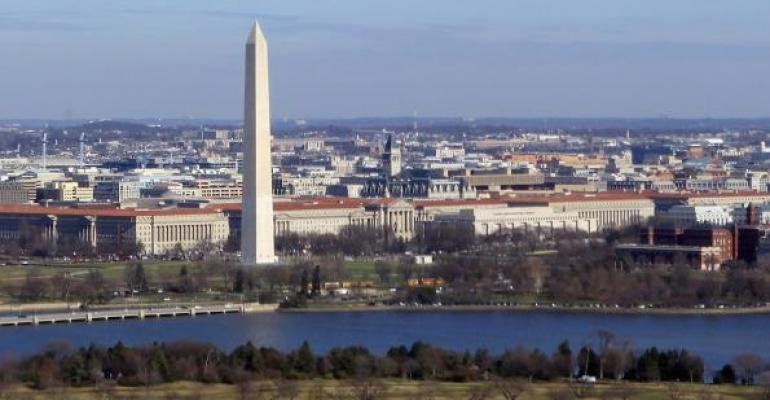 Reasons for Optimism about the Washington D.C. Apartment Market

The reasons include healthy job and population growth, a thriving tech sector, and low vacancy rates despite a decent amount of new construction.

If you wanted me to quickly sum up my feelings about the metro Washington, D.C. apartment market as 2018 begins, those would be the two words I would use.

The reasons are numerous and include healthy job and population growth, a thriving tech sector, and low vacancy rates despite a decent amount of new construction. Simply put, the D.C. area is one that should prove kind to apartment owners, operators and investors in the months and years ahead.

One reason for optimism about the D.C. multifamily market stems from its employment picture. "Buoyed by numerous high-wage industries, including government, defense contractors and engineering, the Washington, D.C. metro is generating a consistent pace of economic growth," notes Marcus & Millichap in its fourth quarter 2017 report on the area's apartment market.

In the 12-month period ending on Oct. 30, metro D.C. added more than 53,000 jobs. Nearly 19,000 of those positions were in the professional and business services sector, according to Marcus & Millichap.

NREI included Washington, D.C. in its 10 Best Markets for Multifamily Investment feature in 2017 in part because of the strength of the area's government, non-profit and legal sectors, which the magazine said "provide just as much locomotive power as the tech, financial and health sectors do in other cities.”

And speaking of tech, last summer Cushman & Wakefield ranked metro D.C. as No. 3 on its list of the top 25 tech markets, noting the area "serves as a significant outpost for tech companies seeking proximity to policymakers, as well as for burgeoning cybersecurity investment."

"In addition, colocation with competitive firms and access to a well-educated, technically proficient, and stable workforce continues to draw tech to the region," the report added.

A strong and growing tech sector means more jobs and more household formation, and that should contribute to healthy long-term demand for apartments in metro D.C.

If there's been one area of concern surrounding D.C.'s apartment market in recent years, it's probably been the levels of new construction, particularly in the class-A segment. According to Marcus & Millichap, 14,700 apartment homes were to be completed in metro D.C. in 2017. That would represent a slight dip from 2016, but more than 16,700 units are slated to come on-line in 2018.

However, even though "the pace of construction has surged over the past few years, net absorption has kept pace with new supply," according to Marcus & Millichap's fourth quarter 2017 report, which adds that "with expensive single-family homes inside the Beltway and a homeownership rate below the national average, an outsize portion of metro residents seek rental accommodations."

With the new product coming on-line, metro D.C.'s vacancy rate did increase by 50 basis points during the 12 months preceding the end of third quarter 2017, but it ended October at a still healthy 4.2 percent. Overall, the region's average effective rent was projected by Marcus & Millichap to increase by 4 percent to $1,680 per month over the course of 2017.

With strong operating fundamentals and a good employment base, metro D.C.'s apartment market stands poised to be an attractive one for owners, operators and investors well into the future.

Dave Miskovich serves as the CEO of ROSS Companies, an owner and operator of apartment communities throughout the Mid-Atlantic region.