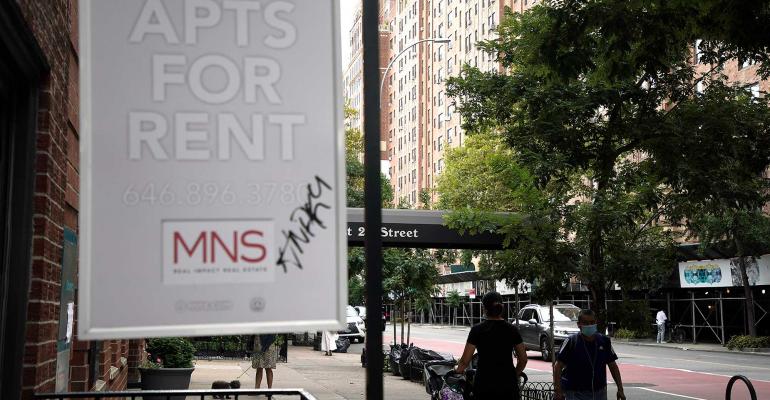 The COVID-19 pandemic has driven renters to seek more space and cheaper rents in the suburbs.

Thousands of apartments stood empty in August 2020 that had been occupied only a few months before in urban cores across the country, including in previously white-hot markets like San Francisco and New York.

Desperate owners have been dropping rents and offering eye-popping concessions and optimizing on-site amenities in attempts to lure tenants. But it’s not nearly been enough to offset the trend of residents relocating to more spacious and less expensive markets as well others, including many young renters, who have lost jobs and moved back home to live with their parents.

In addition, as the economic chaos caused by the coronavirus cuts into the demand for apartments, developers continue to finish new luxury apartment towers downtown that are fighting to attract the renters that are left.

San Francisco and New York City are not the only damaged downtowns. Core urban markets across the U.S. are suffering from higher vacancy rates and bigger cuts in rental rates than suburban areas in the same metropolitan areas.

“Downtowns are getting hit the hardest. All of the top six markets had negative downtown absorption,” says Andrew Rybczynski, managing consultant for CoStar Advisory Services. “We’ve seen strength in two areas: the suburbs and cheaper commuter markets near major metros.”

But downtown occupancy rates are not just shrinking in New York City and San Francisco and other top apartment markets like Seattle, Los Angeles and Chicago. In cities across the country, from Philadelphia to Austin, Texas, vacancy rates rose more in urban core submarkets than in the rest of the metro area and rents fell more steeply August 2020 compared to the start of the pandemic, according to CBRE.

For example, Indianapolis was one of the strongest apartment markets in the U.S. in August 2020, according to CBRE. “All but one of the Indianapolis submarkets are places where an apartment owner would want to be, with rents growing and vacancy rates declining—except the urban core,” says Jeanette Rice, Americas head of multifamily research for CBRE.

Some commentators are focused on urban renters who are leaving some downtowns to go to suburban areas or smaller cities. However, others point to job losses as having done more damage than outmigration. This is especially true in the most expensive multifamily markets.

“That movement from the urban core to the suburbs is only occurring in substantial numbers in a handful of locations, namely New York and San Francisco,” says Willett.

Job losses are especially hurting the young adults who filled many apartment properties in urban core areas. “Lots of these young adults have gone home to live with mom or dad, or they now are staying with still-employed friends,” says Willett. Young adults are an important part of the mix of renters in urban downtown neighborhoods. “Far more of them have suffered job losses than their older counterparts.”

In other cities, new renters are still filling apartments in the urban core—but not enough to occupy all the new apartments that developers have opened. “Downtown Houston did not have out-migration. They have positive demand. But because of new supply, vacancy rates are up and rents are down,” says Rice.

New apartments have been competing for renters in markets across the U.S., inching vacancy rates higher long before the pandemic. In general, more new apartments have opened in urban core submarkets than suburban areas, relative to the existing inventory. In urban core submarkets, the inventory grew between 2 percent and 3 percent per year on average since 2016, compared to roughly 1.5 percent per year on average for suburban submarkets, according to CBRE.

“The only clear trend in the apartment data was that metros that had the biggest decline in the quarter were the highest-priced metros,” says Barbara Byrne Denham, senior economist for Reis, Inc., based in New York City. Reis counted 58 metros in the third quarter that endured falling average rents, led by New York City, San Francisco, San Jose, Washington, D.C. and Orlando.