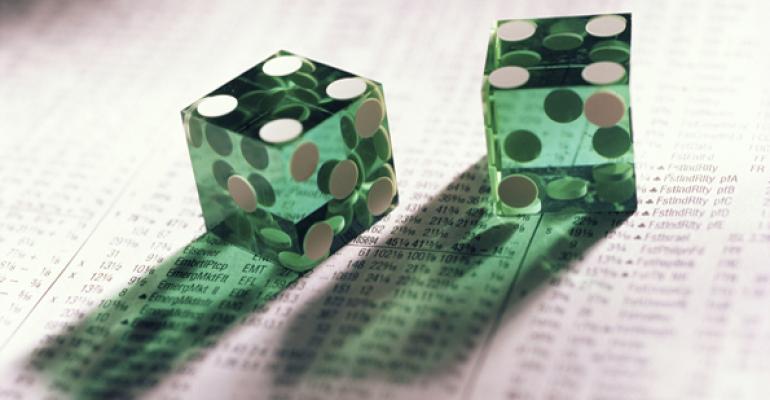 By at least one measure, the yield on investments in apartment properties still hasn’t matched the level of the real estate boom. That’s the “risk premium” that investors demand for apartments compared to Treasury bonds—a supposedly risk-free investment.

That means that cap rates on apartment buildings could yet inch even lower.

But the low yields investors accept when they buy apartment buildings don’t seem so low considering that investment yields and interest rates are low throughout the economy.

Auction.com computes the “risk premium” for real estate by subtracting the yield on Treasury bonds from current cap rates. For the last year, the risk premium for apartment properties has averaged approximately 3.5 percent, according to Auction.com’s Commercial Real Estate Market Monitor for the third quarter of 2014. That leaves nearly a full percentage point before risk premiums match their last low-point in 2008, just before the crash.

Market watchers are anxiously waiting for interest rates to rise, which would push investment yields higher throughout the economy. “Now that the Federal Reserve has officially ended quantitative easing, we could see a jump in interest rates, though other factors could keep interest rates low even as the Fed shifts gears,” says Muoio.

However, a slowing economy outside the U.S. could help keep interest rates low, leaving space for apartment cap rates to fall even further and property prices to rise higher.

The U.S. apartment market’s recovery has already advanced far ahead of the other real estate sectors. Valuations are at all-time peaks. Apartment cap rates just dipped below the 6 percent mark for the first time in more than 15 years, reflecting the perceived strength of multifamily properties as investments, according to Auction.com.

Investors are paying high prices for apartment properties because of the growing fundamental strength of the real estate. Vacancies are very low across most major U.S. metros, averaging between 3 and 4 percent in most markets. Rents continue to grow at a healthy clip, which has prompted a surge of new construction.

“In many markets demand is likely to continue to outpace supply, even with new inventory coming on-line,” says Sharga. For example, young adults are choosing to rent apartments for longer periods of time, rather than buying single-family homes. “It suggests that the apartment sector is going to continue to be strong for the foreseeable future,” Sharga notes.