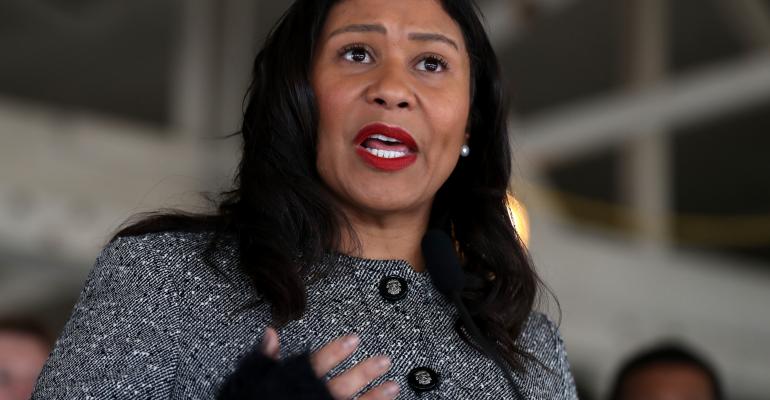 The Democrat is pushing an initiative to streamline approval of any new project that is either 100% permanently affordable housing or provides 15% more units than otherwise required by the city. If it gets enough signatures by July 6, the measure will appear on the November ballot.

A shortage of affordable housing is posing challenges to officials in the tech-industry hub, where the homeless population skyrocketed 17% over the last two years amid deepening income inequality. The homeless crisis in part influenced Oracle Corp.’s decision to hold its OpenWorld event in Las Vegas after more than 20 years in San Francisco. Still, indicative of its position as a vital tech center, the city is booked years in advance for conventions and IBM held its conference there in 2019 for the first time in the company’s history.

Breed’s measure would amend the city charter to exempt projects from the discretionary review process if they meet affordable housing and zoning requirements. That could save projects from as much as 18 months of delay, or as much as $6 million in additional costs. The measure could prevent housing ventures from being vulnerable to opposition that last year killed a planned apartment complex ostensibly because it would have cast a shadow on a park.

The city’s board of supervisors had blocked Breed’s legislation for the change, so she’s turning to the voters directly. “It takes much too long to build affordable housing or housing period,” she said, noting that one project for affordable homes took a decade to materialize. “Let’s get rid of certain parts of the process that delay housing.”

Last year, voters approved selling bonds for boosting affordable housing in a city where the median home is worth about $1.4 million, according to Zillow.

To contact the reporters on this story: Romy Varghese in San Francisco at [email protected];