The Top 10 Metros for Multifamily Permits 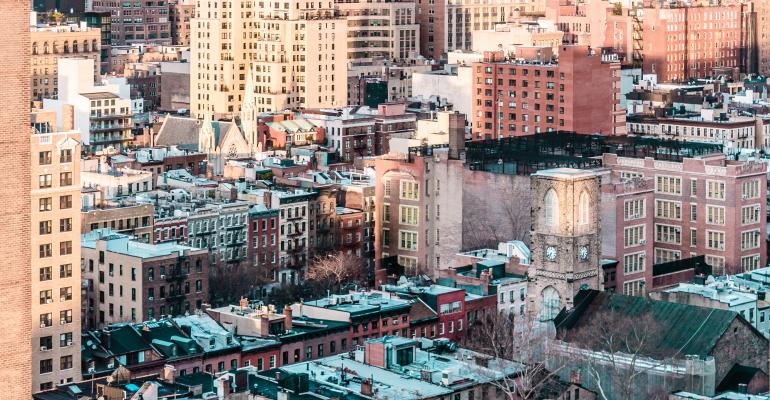 Start Slideshow ›
Which metro areas issued the most multifamily permits over the past year?

This year, there will be about 360,000 multifamily units delivered to the market—a 2.8 percent increase in stock, according to the spring multifamily outlook report from research firm Yardi Matrix. In the first quarter, the national apartment vacancy rate increased to 4.4 percent from 4.2 percent a year ago, but strong demand for multifamily units was underscored by a 4.1 percent increase in the average rental rateand the absorption of 242,000 units over the past year, according to a June report on the multifamily sector from Marcus & Millichap, a real estate investment services firm.

In light of this growth, which of the nation’s metro areas are leading the way? Axiometrics, a RealPage company, which provides property management software solutions, provided data from the U.S. Census Bureau on the metro areas that issued the most multifamily permits in July 2017, as well as data for the 12 months ending in July. Whilelocal governments across the country approved 28,650 multifamily units in July—a 9.4 percent decrease from the year prior—the total amount of permits issued for the metros was 5.3 percent higher than during the previous 12 months.

However, these permitting levels arelower than the peak levels of the past, notes Jay Denton, senior vice president of analytics with Axiometrics, which was acquired by RealPage. About two years ago, construction activity was robust. However, given a strong market, development remained attractive for some time, which led to a surge in permitting that has since cooled, Denton says. This particularly could be seen in some of the bigger markets in the South, such as Nashville, Tenn.—which did not make the top 10 lists in July—that had attracted a lot of new development in the past several years: “We’ve seen some significant pullback since it hit that peak,” Denton says.

The following are the metros with the highest number of multifamily permits issued during the year ending this July: