Last year saw strong demand for multifamily properties. This year will bring more strength, but the sector will start experiencing increasing vacancy. As 2016 ramps up, multifamily investors will need to carefully consider which markets will stretch their dollar the furthest.

Cities in the West and the South hold the highest ‘buy’ ratings from market experts, with the exception of markets with oil-reliant economies such as Dallas-Fort Worth, an expected pain point for multifamily investment in 2016.

We analyzed findings from online real estate marketplace Ten-X’s Multifamily Market Outlook and compared them with consulting firm PwC’s Emerging Trends in Real Estate 2016 survey and FreddieMac’s Multifamily Outlook 2016 report, to come up with our own list of best multifamily markets to invest in this year. We compared insights on rates of employment, vacancies, rental growth and other market indicators.

Recovering employment and low vacancy rates (both current and projected) make the city noteworthy to Ten-X. Freddie Mac projects Sacramento rental growth of over 6 percent. But PwC gave the city only an average rating score of 3.23 out of 5 for multifamily investment and 3.30 outlook overall.

Employment rates are rising here, and low vacancy coupled with good rent growth should make for average annual NOI returns in the low-5-percent range, according to Ten-X. Meanwhile, Freddie Mac projects rent growth of over 5 percent in Phoenix for 2016. And PwC gives Phoenix a 3.68 out of 5 investment score for multifamily, higher than the city’s overall outlook score of 3.67.

No. 10 on the list is Fort Lauderdale, Fla., which has 8,156 planned units in the works. The city appears poised for more growth, as that figure shows more than 2,600 more units are planned than are currently under construction in the city.

That’s why Raleigh made number five on the list of places where developers are building the most garden-style apartments, relative to the small size of the area’s population, according to CoStar.

Orlando’s employment rate is now higher than it was at its peak in the 1990s, according to Ten-X. The vacancy rate is expected to settle at around 4.3 percent in 2019. PwC agrees here, giving Orlando a 71 percent buy rating, and listing it as #1 of 20 top-rated cities for multifamily investment. 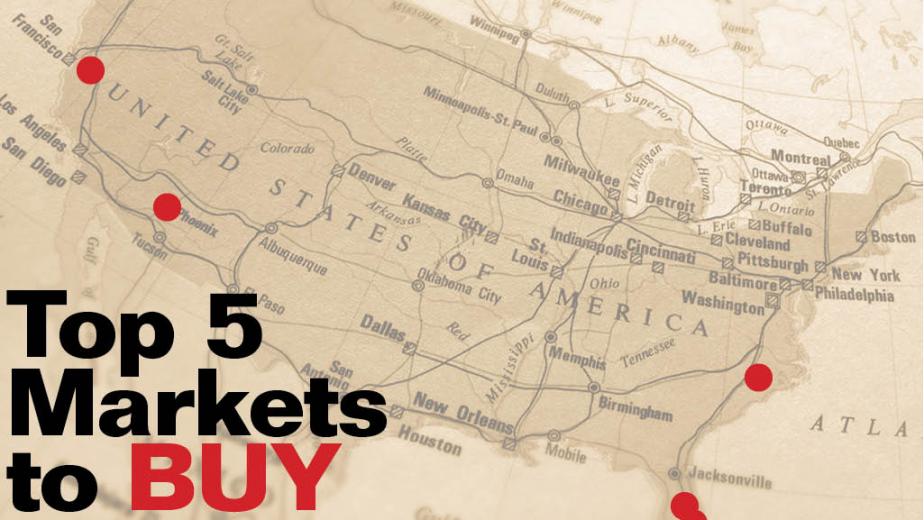