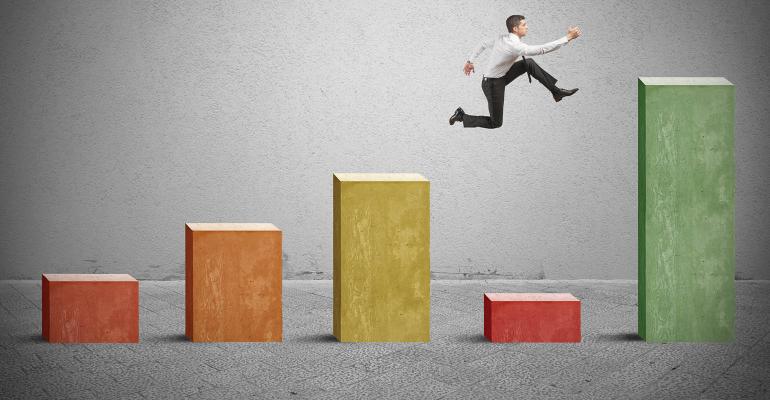 The U.S. Apartment Sector Would Continue to Remain Strong Even in a Recession

In the current cycle, property fundamentals are strong enough to withstand a shock to the system.

Even if there is an economic downturn in the near future, the apartment sector is likely to hold up, according to industry experts.

Though the high end of the market may be feeling the strain of overbuilding, the sector overall is benefitting from long-term trends that should continue to fill apartment units for the foreseeable future.

“In 2005 and 2006, we knew we were living on borrowed time. We knew the fundamentals didn’t makes sense,” says John Sebree, director of the national multi housing group with real estate services firm Marcus & Millichap. “Today, the apartment industry fundamentals are so strong, I don’t think a potential recession would affect us that much.”

Luxury apartments most at risk in a downturn

However, some parts of the apartment sector are less resilient than others. The properties most vulnerable are already suffering from competition from new development.

“Metros and individual neighborhoods adding lots of new apartments likely would feel the pain most immediately in a national recession,” says Greg Willett, chief economist for RealPage Inc., a provider of property management software and services.

Roughly half of new apartments under construction are concentrated in about 15 metropolitan areas. Even within these metro areas, new construction is often concentrated in downtowns and central business districts (CBDs). “It would be tough to get so many new units through initial lease-up in an environment lacking job production,” says Willett.

These new units would also be at greater risk in a potential downturn because of their high rents. “Buildings under construction right now are nearly all marketed and priced to the top of the market,” says CoStar’s Rybczynski.

There are about 650,000 units under construction in the U.S., according to CoStar. Of those, more than 80 percent will be priced in the top 10 percent of market rents. “In a recession, the effects of unemployment or fear of that malaise may cause renters to shy away from upgrading to that top-end product,” says Rybczynski. “Vacancies at the top are already pretty high, and concessions are widespread during lease-up to fill units.”

In addition, in past economic downturns, owners of class-A apartment buildings could always cut their rents and lure some renters from class-B properties. “That would be more difficult to do now, given the difference between class-A and class-B rents has gotten so large,” says Willett.

The average class-A apartment rent is $1,788 a month, according to RealPage. That’s nearly $500 dollars more that the average of $1,301 a month charged for class-B units. “Even with big concessions offered at class-A projects, rents still would be too expensive for most households living in the class-B stock,” Willett notes.

Despite these vulnerabilities, luxury apartments in downtown markets are likely to eventually find residents. “The drivers causing jobs to head towards downtowns won’t reverse,” says Rybczynski. “The momentum that top cities have may slow in a recession, but they will continue to be the most attractive places for companies to locate because of the talent concentration they create.”

In addition, the apartment sector overall is likely to weather a recession well. An economic downturn could steer more potential residents to apartments instead of for-sale homes or condominiums. “There’s no reason why the homeownership rate won’t fall further,” says Rybczynski.

Even luxury apartment communities forced to cut rents are unlikely to get into serious trouble with their lenders. “Lenders have been underwriting much more conservatively than in past cycles,” says Sebree. “A lot more equity has been going into these apartments deals.”

Projects with serious problems may be able to get a capital infusion from equity investors eager to help turn around a troubled property for a share of the yield. “There is an enormous amount of capital out there,” adds Sebree. “Multifamily is the preferred place for people to go looking for returns.”

Apartments that charge less-than-luxury rents are even more shielded from the potential damage of an economic downturn.

“Since middle-tier to lower-end apartment properties are jam-packed full right now, occupancy could backtrack moderately and property owners still would be in good shape by historical standards,” says Willett.

That would hold true even though some households would certainly lose jobs in a recession, and households living in class-C and class-B apartments generally have little to no savings to get them through a period of unemployment, says Willett. A little less than 5 percent of the apartments at class-B communities were vacant at the start of 2019. “Class-C vacancy is down to around 4 percent overall, with the figure only about 2 percent in many locations,” Willett notes.

Despite this positive outlook, multifamily investors are being more careful.

They are paying attention to resident retention statistics when initial leases turn over, pushing to enhance renter satisfaction and hold onto their current customers. Some are encouraging slightly longer lease terms. Apartment property operators are also doing more benchmarking of expense data to see how they are positioned in the market and to identify areas to save money, according to RealPage.