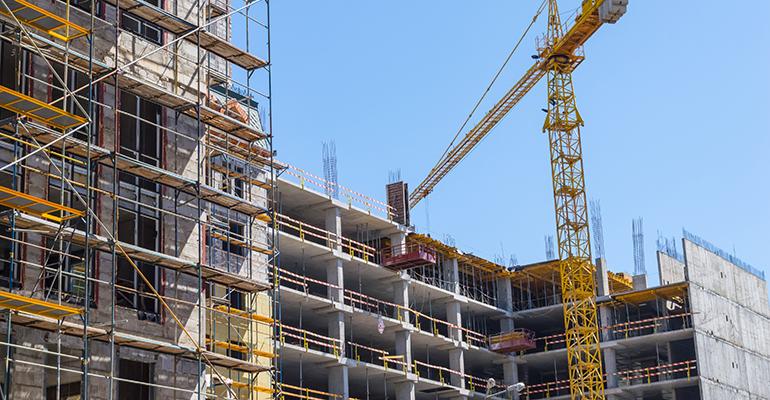 Where Are Multifamily Developers Going Next?

Some are watching fast-growing secondary markets closely to see how they absorb the new apartments now under construction.

Multifamily developers are finding it more challenging to find new project sites in the current market.

“Because the cycle has run so long, finding individual development deals that make financial sense gets harder and harder, even with favorable overall market influences,” says Greg Willett, chief economist for RealPage Inc., a provider of property management software and services.

Some continue to break through barriers to build in core, urban markets. Others are watching fast-growing secondary markets closely to see how they absorb the new apartments now under construction. The suburbs of core cities will also get thousands on new units in the coming years.

“Some of the high-end suburbs can handle additional development,” says Willett. “There’s also building potential at the right price point in neighborhoods where workforce housing dominates.”

Developers are expected to start construction on 33,000 new apartments in Northern New Jersey suburbs in 2018, according to a projection by data firm YardiMatrix. That would add up to a 4.3 percent increase in the inventory of apartments in the market—the biggest boost of any of the markets covered by Yardi.

But New Jersey’s population of young people who are 20 to 34 years old—the prime renter demographic— is not expected to grow over the five years between now and 2022, according to data from brokerage firm Marcus and Millichap. The employment base is expected to increase by 0.5 percent in 2018, also less than impressive.

So why are developers so eager to build in North New Jersey? “Northern New Jersey is experiencing the economic diversity of the New York City metro area and provides reduced housing expense versus Manhattan,” says Doug Ressler, head of business intelligence for Yardi Matrix.

For the same reasons, developers plan to start construction on enough apartment buildings in 2018 to increase the inventory of Northern Virginia by 3.5 percent, and the Bay Area East of San Francisco by 2.3 percent, according to Yardi.

Apartment developers are also still piling into core markets like Washington, D.C. and suburban Maryland, where they are expected to break ground on 32,000 new apartments in 2018, increasing the inventory by 4.1 percent, according to Yardi.

Developers also plan to start projects that would add to the inventory in gateway cities including Los Angeles (4.0 percent), Seattle (3.9 percent) and Boston (3.8 percent), according to Yardi. “Today’s construction is heavy in the urban core settings of the busiest building centers,” says Willett. “Moving ahead, it would be great to see a little more variety in the neighborhoods attracting construction starts.”

Developers will complete 7,500 apartments in 2018 in Charlotte, N.C., which would increase to the inventory of apartments by 4.3 percent, according to Marcus and Millichap.

“Charlotte is an emerging technology hub with the highest forecast growth of millennial population of any apartment market in the country,” says John Chang, first vice president of research services for Marcus & Millichap.

Charlotte’s population of people aged 20 to 34 years old is expected to grow by 14.5 percent over the five years between now and 2022. However, apartment developers are not expected to start construction on as many apartments in 2018, as they wait to see how this secondary market absorbs the apartments now under construction, according to Yardi.

Nashville is another secondary market that will need to absorb a lot of new apartments in 2018 to remain healthy. Developers will open 6,000 new units in the city, an increase in the inventory of 4.0 percent, according to RealPage.

“Nashville and Austin are the two spots on the inventory growth leaderboard where rent growth has been wiped out completely for the moment, so those are the areas most likely to briefly take a breather in starts,” says Real Page’s Willett.

Developers aren’t expected to start construction on enough new apartments in 2018 in Nashville (or Austin for that matter) to makes Yardi’s list of the busiest construction markets.

But these towns are unlikely to stay quiet for long. “Nashville is a dynamic city that has shown [it’s] attracting the young adult urban population… with pretty good job creation this year,” says Chang.

Apartment developers have already been busy in Dallas, and they are expected to start construction on another 27,000 new apartments in Dallas North in 2018, increasing the inventory by 3.4 percent.

“Orlando, Miami and Dallas are recipients of the affordable migration patterns which are tracking the flow of residence to affordable housing economies,” says Yardi’s Ressler.

“Dallas has been a job creation leader going on 10 years now… the market is just now hitting a point in which the percentage of apartments that are vacant flattens out after trending lower,” says Chang.

Editor's note: A previous version incorrectly noted that the city of Charlotte was located in South Carolina. The article has been updated.
TAGS: Development News
3 comments
Hide comments
Related
Sponsored