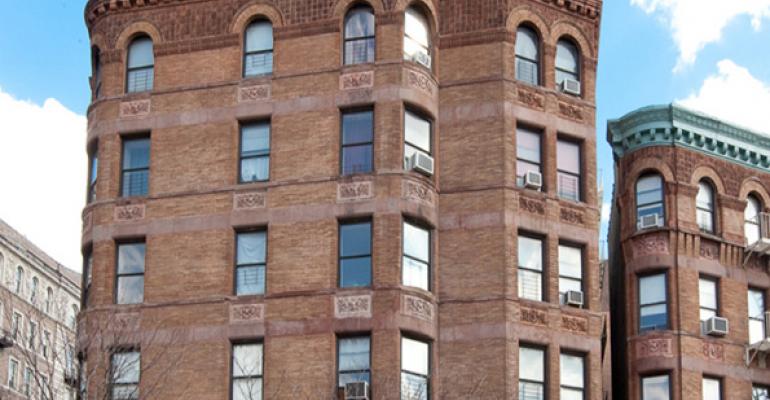 The law makes it harder to substantially raise rents or move apartments from the rent regulation program.

Lawmakers just re-wrote the rulebook for rent regulation in New York State. “It will affect values,” says Shimon Shkury, president of Ariel Property Advisors, a commercial real estate advisory firm. “We are re-evaluating many buildings—re-evaluating what it is reasonable for investors to expect.”

Nearly one million apartments are affected by the new laws, which makes it much more difficult to substantially raise rents for rent-regulated units. There are also far fewer ways an apartment can now leave the rent regulation program.

In New York City, 966,000 apartments are currently rent-stabilized. That’s nearly half (45 percent) of the city’s total rental stock, according to data from the New York Housing Conference. The number is already much smaller than it used to be—nearly 150,000 apartments that were once rent-stabilized have left the program since 1994.

Over the last few decades, unregulated rents rose quickly in New York City and property owners had a massive incentive to move apartments out from the rent stabilization program. The law only allows property owners to raise their rents by a certain percentage every year set by local officials (typically between 1 percent and 4 percent annually). But the law had certain exceptions, especially when an apartment became vacant. Some owners regularly offered hundreds of thousands of dollars to tenants to get them to move out. Others used harsher tactics.

“For far too long, unscrupulous landlords have gotten away with subjecting rent-regulated tenants to dangerous and horrific conditions in an attempt to force them out of their homes,” according to New York State Attorney General Letitia James, who has prosecuted many cases against property owners. Most recently, New York reached a $3 million settlement with landlord Raphael Toledano over accusations that he harassed tenants and violated rent-stabilization laws.

It removes many of the most common ways property managers have used to substantially raise the rents or take apartments out of the rent stabilization program.

Under the old system, if an apartment became vacant, the law allowed property owners to raise rents by 20 percent for the next tenant—the new law repeals that. Property owners use to also be able to raise rents significantly if they spent money to improve an individual apartment or a whole building—the new law allows for a much smaller, temporary rent increase. And if the monthly rent of a single apartment rose higher than $2,750 a month, then the unit would leave rent-stabilization program once the existing tenants eventually left. The new law repeals that too. The old rules often let property owners raise rents at vacant apartments by more than $1,000 a month or free them from rent regulation altogether.

“A lot of people purchased multifamily, residential buildings with the idea of adding value on every turn,” says Shkury. “That business plan in many cases is not viable now.”

Some housing advocates worry, however, that the new rules will also make it difficult for property owners to justify spending money to improve rent-stabilized buildings, which are often a half-century old or older. That may become challenging since New York City just passed another set of laws that will eventually require many property owners to renovate their buildings to use less energy.

“The incentives for owners to invest in their buildings are probably not strong enough,” says NYHC’s Fee. “It may be difficult to finance improvements with some of the rent increases being temporary under the new laws.”

Investors are likely to buy fewer apartment properties in New York through the rest of 2019, while they assess the impact of the new rules. Once this reset period is over, apartments buildings are likely to trade at more consistent prices, based on their current rents and New York City’s dependable demand for apartments, according to Ariel Property Advisors. “There may be an opportunity for new investors to come in… who are going to look for stable, bond-like returns,” says Shkury.

Housing advocates say the changes to rent stabilization are not meant to stop the construction boom now underway in New York City. However, a provision of the new law would include all new, unsubsidized apartments in rent stabilization if property owners accept the state’s “421-A” tax incentive program. Lawmakers are expected to resolve that issue by the end of June, after an outcry from developers.

“This will lessen the impact on construction of new rental housing,” says Fee.

The development community in New York is holding its breath until the issue is resolved. “The Durst Organization which had planned to build seven towers on the Queens waterfront which would contain 2,500 units at a cost of $1.5 billion has ‘ceased’ work on the project after completing just one tower,” according to Crain’s New York. “Other developers of large projects are reportedly re-considering those projects as a result of the new measures.”