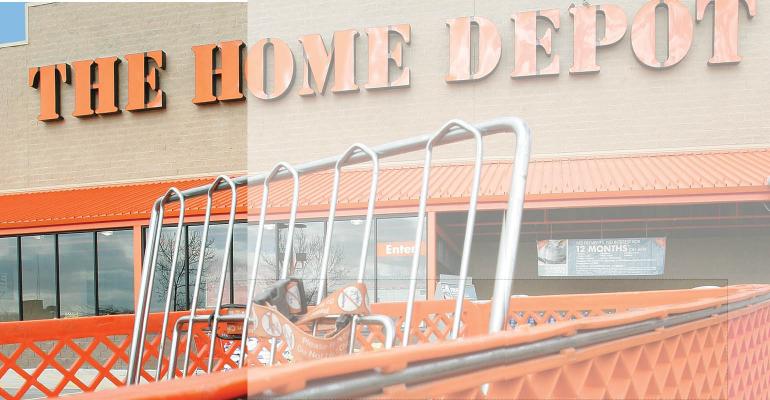 Demand for net lease appears strong across the board from all types of investors.

To see the rest of the report, read parts two and three.

The net lease investment sector is continuing to ride a wave of strong liquidity that is fueling robust transaction volume and steady cap rates and that momentum is likely to stay the course in the coming year., according to NREI’s latest exclusive research into the sector.

Despite an uptick in interest rates over the past year and a strong view that the commercial real estate market cycle is at its peak, a majority of respondents still see healthy flows of capital targeting net lease assets. Nearly two-thirds of respondents rated the availability of both equity and debt as the same or better than it was 12 months ago. That liquidity is supporting an active buying market. According to Real Capital Analytics, single tenant property sales (including office, industrial and retail properties) rose 11.4 percent in 2018 to $65.4 billion.

Traditionally, buyers have gravitated to net lease properties for the steady income, credit quality and low management responsibilities. That stability is even more attractive to investors who are shifting to more late cycle “defensive” investing strategies. “Most people think we are in the late stage of the cycle, but the cycle also could last for a while,” says Randy Blankstein, president of the Boulder Group. “It wouldn’t surprise us to see things similar to 2018 play out in 2019.”

Demand for net lease appears strong across the board from public and private institutions, REITs and funds to individual investors, including an active pool of 1031 buyers looking for assets to satisfy requirements on a tax deferred exchange. “There remains a voracious appetite among investors for net lease, specifically retail net lease, which is where we play,” says Josh Lewis, senior vice president of acquisitions at National Retail Properties Inc. Since 2011, the REIT has been acquiring between $625 million and $850 million in net lease assets annually, as well as funding between $100 million and $150 million in new development through its developer financing program.

Competition has kept pressure on cap rates and pricing. In fact, respondent views on current cap rates for net lease properties remain unchanged with estimates averaging 6.1 percent that are the same level as in both the 2018 and 2017 surveys, and only 10 basis points higher than the 6.0 estimate in 2016. There hasn’t been a material shift in cap rates, agrees Mark West, senior managing direct and head of the net lease practice at HFF in Dallas. “If there is movement in cap rates in the net lease space, it probably has more to do with the credit of the tenant than it has to do with the real estate,” he says.

Although a majority of respondents (59 percent) do expect cap rates to increase over the next 12 months, that percentage has edged lower over the past two years compared to a high of 69 percent in 2017 and 63 percent in 2018 who predicted that cap rates would move higher. One in four respondents anticipate no change and only 15 percent think cap rates will move lower over the next 12 months. It also is notable that respondents believe cap rates will rise only modestly. Thirty-one percent anticipate an increase of less than 50 basis points, 18 percent said 50 basis points exactly and only 10 percent think it could be more than 50 basis points.

One of the big questions ahead for net lease investors is how rising interest rates could impact cap rates in the coming year. Certainly, even experts have had a difficult time forecasting interest rate moves in recent years. The majority of respondents (69 percent) do expect a further increase in interest rates in the coming year, while a fair number (28 percent) think rates will remain the same. Those who predict a decline are in the minority at 3 percent.

Although the 10-year treasury hit a cyclical high of 3.24 percent in November, it has dropped back more than 50 basis points to hover at about 2.7 percent in February. The Fed also has indicated that it might slow the pace of its rate hikes in 2019. “I think there is going to be volatility over the next year and it’s difficult to say exactly where rates will go,” says Christopher Marks, senior vice president, originations, Marcus & Millichap Capital Corp. That said, it’s probably safe to say that interest rates likely will remain in a fairly narrow range, moving 20 to 25 basis points up or down, for the next year, he adds.

Generally, cap rates tend to move in concert with rising interest rates due to the higher cost of capital. However, that hasn’t materialized yet in the net lease sector. Cap rates have held steady even as both the two-year and 10-year treasuries have increased by about 50 basis points over the past two years. Respondents are split on their views on how the risk premium (such as the spread between the 10-year and cap rates) will move in the coming year. Overall, 45 percent believe it will remain the same, while a nearly equal amount (43 percent) expect the spread to increase and 13 percent predict a decrease.

“If interest rates were to move meaningfully, I think cap rates would move, perhaps not lock step, but they will follow,” says Lewis. However, even if cap rates do move higher, it might not have a negative impact on buyer demand for net lease assets, he adds.

Survey Methodology: The NREI research report on the net lease sector was completed via online surveys distributed to readers of NREI in January. The survey yielded 419 responses. Survey respondents are active across different property types with the biggest percentage who are involved in retail at 59 percent, office at 58 percent, multifamily at 57 percent and industrial at 48 percent. Nearly half (46 percent) are actively involved in the net lease sector as investors, developers or lenders. Respondents also are active nationally with the biggest percentages operating in the South/Southeast/Southwest at 45 percent, East at 43 percent, West/Mountain/Pacific at 40 percent and Midwest/East-West North Central at 38 percent. Respondents serve in a variety of roles ranging from brokers to research analysts and half said they hold leadership positions as owner, partner, president, CEO or CFO.