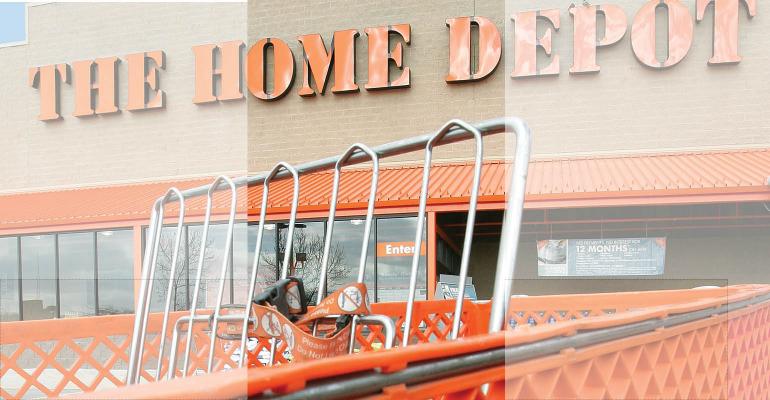 Investors favor industrial and healthcare assets, but demand is healthy for all sub-property types

To see the rest of the report, read parts one and three.

Anecdotally, some investors continue to voice frustrations about stiff competition to acquire assets. However, respondent views on the available supply of net lease properties on the for-sale market remain consistent with prior years. In all, 35 percent said current inventory reflects the right amount, while 22 percent believe it is too little and 17 percent think too much. An additional 26 percent were unsure of the answer. Putting that sentiment in context with the increase in transaction volume certainly suggests that investors are still finding good buying opportunities.

“The environment for sale-leasebacks is very good. We are seeing lots of deal flow, both in the U.S. and in Europe, and we think that should continue,” says Gino Sabatini, head of investments and managing director at W. P. Carey Inc. Part of that steady pipeline of inventory stems from CFOs and CEOs who understand the value of unlocking capital tied up in real estate and putting it to higher and better use within their business, he adds.

Another source fueling supply for institutional investors is an active M&A market. “Many of the private equity firms that we work with have record amounts of dry powder and they are very aggressively pursuing middle market companies,” says Sabatini. W.P. Carey provides capital to sale-leasebacks both on the front end of M&A deals with acquisition financing, as well as on the back end once a purchase is complete and companies want to pull money out of the real estate and reinvesting in business operations.

According to the Boulder Group, the supply of net lease properties available for sale rose 7 percent in fourth quarter. However, inventory was heavily skewed to retail properties, which also makes up a bigger percentage of the overall net lease market. (The Boulder Group noted 4,766 retail properties on the for-sale market in fourth quarter.) The inventory of office and industrial properties actually declined by 6.5 percent and 6.0 percent respectively in fourth quarter, according to the Boulder Group. One of the challenges with that supply is that owners are taking advantage of low cap rates and selling off lower quality assets, notes Blankstein. Generally, there has not been an increase in new development. So, the new supply is generally coming from older, legacy properties with shorter term leases, he says.

Survey respondents reported mixed views on the current level of development of net lease properties in their respective regions. In all, 38 percent believe that the current level is the right amount, while 22 percent said too little and 17 percent think it is too much. An additional 23 percent were unsure of the answer.

The net lease sector covers a broad array of assets ranging from distribution centers to dollar stores. Industrial and medical office/healthcare are the two sectors that respondents believe are in greatest demand at 44 percent and 42 percent respectively, while restaurants/fast food rated a distant third at 31 percent. That correlates with opinions on which sectors have the most positive outlook in the coming 12 months. On a scale of 1 to 5 with 5 being the highest, respondents rated industrial and medical office/healthcare as the highest, each with a mean score of 3.8, followed by convenience/discount stores at 3.5.

Industrial properties are in demand broadly among commercial real estate investors due to growth in e-commerce and the same is true in the net lease sector. However, respondents also rated sectors in a fairly tight range from a high of 3.8 to a low of 2.8, which suggests only a slightly negative view for some sectors. The only sectors that rated below 3 were miscellaneous retail at 2. And auto at 2.9. Sentiment in both of those sectors have eroded from a higher score of 3.3 in the 2016 survey.

“Obviously, there are some big-box retailers that are struggling and those with weaker credit are more difficult to sell and finance,” says Marks. “But overall, the market is fairly fluid. I would say that there is more demand than there is inventory for really good deals in the net lease space.” Especially for 1031 exchange buyers who need to identify replacement assets within a certain window, it is a challenge to find good assets to buy, he adds. Despite news of store closures and bankruptcies, buyers still have an appetite for retail. However, many investors are gravitating towards Internet resistant and needs based retail such as grocery anchored retail, auto service and food.

“In the U.S., retail has had a lot of headwinds recently and we tend to share that view, while in Europe we are a much stronger believer in retail,” says Sabatini. W.P. Carey focuses on “mission critical” real estate for companies. For example, late last year the company completed the $41 million acquisition of a 550,000-sq.-ft. distribution facility leased in Kilgore, Texas to Orgill, a leading independent hardware distributor, in Kilgore, Texas. The facility serves as its distribution center for Texas, Oklahoma, Louisiana and southern Arkansas.

In October, W.P. Carey completed a $5.9 billion merger with one of its managed funds, Corporate Property Associates 17, which provided a number of benefits, including lowering its cost of capital and allowing the firm to do larger transactions. “As a result, our appetite for new acquisitions has grown even larger,” says Sabatini.

Survey Methodology: The NREI research report on the net lease sector was completed via online surveys distributed to readers of NREI in January. The survey yielded 419 responses. Survey respondents are active across different property types with the biggest percentage who are involved in retail at 59 percent, office at 58 percent, multifamily at 57 percent and industrial at 48 percent. Nearly half (46 percent) are actively involved in the net lease sector as investors, developers or lenders. Respondents also are active nationally with the biggest percentages operating in the South/Southeast/Southwest at 45 percent, East at 43 percent, West/Mountain/Pacific at 40 percent and Midwest/East-West North Central at 38 percent. Respondents serve in a variety of roles ranging from brokers to research analysts and half said they hold leadership positions as owner, partner, president, CEO or CFO.