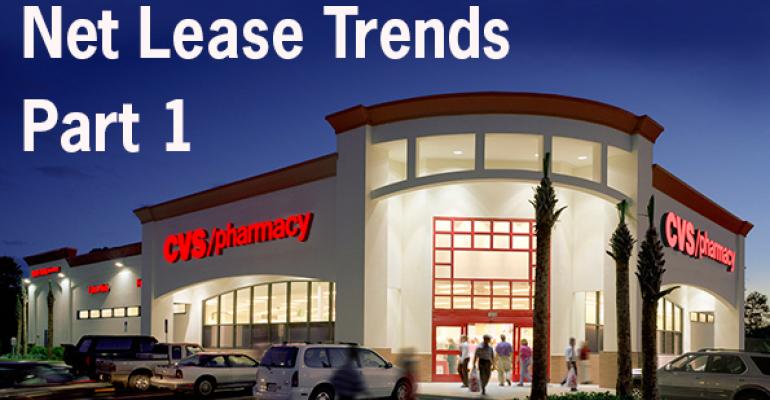 Single tenant net lease properties remain a hotbed of activity in the commercial real estate industry. And market fundamentals point to continued strength in the sector.

Yet sentiment has begun to soften ever so slightly based on the responses to NREI’s second annual exclusive survey of the net lease real estate sector, which was conducted in February. Rising interest rates and general economic uncertainty remain concerns, as does the lack of stability in Washington emanating from the chaos of the new Trump administration.

While respondents are hoping for the best in terms of the investment climate, it’s unclear whether Trump’s economic agenda will ultimately help or harm net lease development and investment.

While respondents to our survey indicated that there remains healthy appetite for net lease properties, the sentiment dampened slightly compared with 2016. This year, 13 percent of respondents said there is too much supply on the market for investment—up from 7 percent in 2015. Overall, 35 percent said there is the “right amount” of supply, which is essentially unchanged from last year’s 36 percent figure. Meanwhile, 29 percent said there is “too little” supply, down from 35 percent a year ago.

Respondents estimate current cap rates for net lease properties to be at about 6.0 percent. But there is a strong expectation that cap rates will increase—which represents a shift from last year’s survey. This year, 69 percent expect an increase, up from 42 percent in 2016. Meanwhile, only 20 percent expect no change, down from 48 percent a year ago. In addition, just 11 percent of respondents said cap rates will decrease, which is in line with last year’s survey.

In terms of money chasing deals, 48 percent of respondents said they would characterize the availability of equity in the net lease sector as unchanged from a year ago. An additional 26 percent said equity capital is more widely available, while only 11 percent said it is less available.