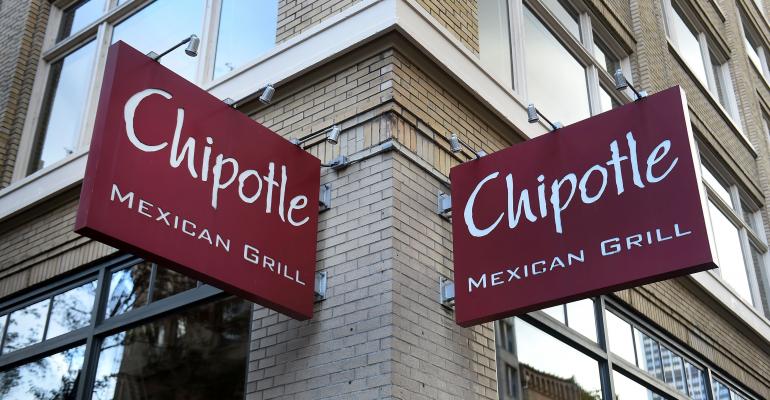 During the first half of 2018, QSR transactions surpassed $1 billion, an increase of more than 10 percent year-over-year, according to The Boulder Group.

Consumer tastes may be shifting to healthier fare with organic, sustainable and farm-to-table choices, but the flavor of the month for 1031 exchange investors remains firmly focused on quick service staples that include the likes of McDonald’s, KFC and Dunkin Donuts.

The net lease quick service restaurant (QSR) investment sales market continues to do well, because it fits everyone’s favorite buzz word of the moment—e-commerce resistant, says Randy Blankstein, president of The Boulder Group, a net lease real estate consulting firm. “QSRs are more popular now than five or 10 years ago when people viewed them as specialized properties,” he says.

There is abundant capital chasing top brands, such as McDonald’s, Chick-fil-A and Chipotle, “A” credit brands and top locations that sell quickly. “As you get a little bit further down the list of smaller franchisees and secondary and tertiary markets, and smaller brands, demand gets a little lighter. But overall, the sector is fairly healthy,” says Blankstein.

During the first half of 2018, QSR transactions surpassed $1 billion, an increase of more than 10 percent year-over-year, according to The Boulder Group. That buyer demand is keeping pressure on cap rates. Bap rates on all QSRs declined a slim 6 basis points to 5.5 percent in the second quarter and dipped 11 basis points to 5.24 percent for corporate leased QSR properties, according to The Boulder Group.

“1031 exchangers definitely want brand name deals. That doesn’t necessarily mean they are buying the best credit,” says Camille Renshaw, CEO and co-founder of B+E, a brokerage and trading platform for net lease real estate. “Buyers will go up and down the credit spectrum based on the desired return they want,” she adds.

Some investors are moving into secondary markets in search of higher yields. In particular, investors like good growth stories, such as Nashville, Tenn., and Tampa, Fla., are putting up strong job and population numbers. Tertiary markets are a little more confusing to buyers. Those deals tend to be local, in-state buyers who have a better understanding or more insight on the dynamics of those smaller markets, notes Renshaw.

The private and 1031 investor continues to be the primary buyer fueling QSR investment sales. In the first half of 2018, that private buyer pool accounted for more than 75 percent of QSR properties sold—and an even higher level at 86 percent when portfolio sales were excluded, according to The Boulder Group.

“We’re seeing a ton of activity. There are a lot of 1031 exchanges. So, pricing has not really come down and the best deals move very quickly,” says Renshaw. Certainly, there are people buying net lease restaurants who don’t have 1031 requirements, but the amount of 1031 money out there moving into the fall has been huge, she adds.

Investors also are not putting a big premium on corporate versus franchisee deals. The spread between a corporate location and one run by a strong, multi-unit franchisee is perhaps 40 basis points, notes Renshaw. Depending on the brand, some franchisees might do better than the corporate. So, investors are looking at the individual franchisee and trying to understand the story behind a particular location, she says.

QSRs are the new 1031 net lease “craze”, agrees Chris Marabella, president of Marabella Commercial Finance Inc. in Carlsbad, Calif. One of the main reasons behind that is that buyers recognize that consumers are spending more money dining out, notes Marabella. QSRs such as Burger King, Wendy’s, Chipotle and Carl’s Jr. also hit the sweet spot for private investors with assets typically valued between $1 million and $4 million, he adds.

Another reason why restaurants are one of the darlings of the net lease sector right now—along with dollar stores—is because that’s where the new inventory is coming from, notes Marabella. Restaurants, and QSRs in particular, have been growing and adding new locations, while retailers such as Walmart and Best Buy have pulled back on expansion. “It’s kind of like the supply creates the demand, because they can get involved in brand new stores,” he adds.

Cap rates are holding fairly steady even as the Fed has moved short-term rates higher over the past year. When the 10-year treasury moves higher and raises the cost of debt, it will impact cap rates. But that has yet to happen. Blankstein conducts a survey every year of investor expectations regarding rising interest rates. The expectation for the past five years has been that interest rates would rise. But the reality is that the 10-year treasury is almost exactly where it was in September 2013—hovering a few basis points below 3 percent.

“People who have been waiting for this big interest rate move would have been on the sidelines for the past five years at this point,” says Blankstein. “So, I think everyone has decided to stop timing the game.”

Another concern is that some segments of the restaurant industry may be oversaturated with restaurant chains that have been expanding along with a proliferation of new concepts. Yet there are some brands and chains that are struggling, because they have not updated and kept up with changing tastes, especially younger consumers that want healthier or interesting fare. For example, Applebee’s and Ruby Tuesdays are two brands that have announced major store closings over the past 18 months.

One change is that investors want more information and news on tenant credit than ever before, notes Renshaw. For example, B+E’s net lease investment platform provides news and a calendar of upcoming earnings calls for publicly traded companies. Investors are doing their homework and wanting to understand their investment similar to buying a stock, she adds. They are taking a closer look at company leadership, business strategy and whether concepts are being impacted by trends. “I do think that is a little different than what we have seen in the past,” says Renshaw.

The nature of 1031 investors also keeps them keenly focused on buying assets that are not going to run into any roadblocks that could derail their 1031 exchange. For example, they are mindful of buying assets that might uncover environmental issues during due diligence. “The big picture is that 1031 investors want to get a good deal and a decent return, but they also don’t want to blow their 1031,” says Marabella.