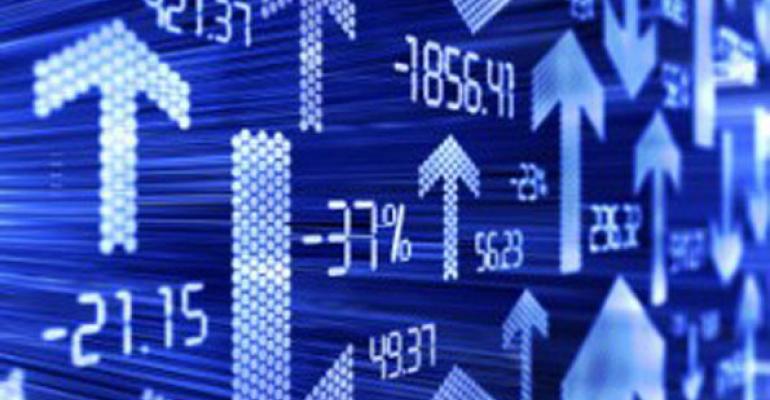 A New ETF Comes on the Market, to Capitalize on the Positive Outlook for the Net Lease Space

To be sure, the net lease sector is on a roll. In fact, not since the recession year of 2008 have publicly-traded net lease REITs experienced a negative overall return, according to Nareit.

Introduced in March, the first-of-its-kind ETF tracks the Fundamental Income Net Lease Real Estate Index, which comprises 24 public REITs that generate the bulk of their income from renting out properties on a triple-net lease basis. These leases typically come with terms of at least 10 years, along with built-in rent increases and minimal landlord responsibilities.

Chris Burbach and Alexi Panagiotakopoulos, former colleagues at Scottsdale, Ariz.-based STORE Capital, are co-founders and partners of Fundamental Income. They talked with NREI about their new ETF and their outlook on the net lease sector.

NREI: Why start an ETF for the net lease sector?

Chris Burbach: Net lease, in a lot of ways, gets lost in the mix of real estate. It’s a moniker that everybody in the real estate world knows, but it’s never really defined. Most people in real estate think in terms of REIT types—office, industrial, retail, multifamily. They think more in terms of the property sector. We’re trying to define the net lease sector by a business model rather than by a property type.

Regardless of the property type, if you’re using a net lease business model and you have long-term streams of cash flow with rent increases and minimal property expenses for the landlord, that creates a very consistent cash flow stream that’s very different from a lot of the uncertainty of owning an office building or a mall, where you have lease turnover and capex and other expenses. From an investment perspective, if you’re going to invest in a REIT, certainty is at a premium versus the uncertainty that comes with those other variables.

By creating the index, we give investors a tool to see what is different about a net lease REIT versus other business models in the real estate world. And the ETF gives investors a chance to access an entire sector.

Alexi Panagiotakopoulos: We could have gone a number of ways—a hedge fund or an active fund or a closed-end mutual fund. But we wanted to make this as accessible and tradable and transparent as possible, so that people could easily go after it. We’ve watched non-listed REITs and interval funds for years take big fees and barely outperform their benchmarks, and the little guy loses every time. We wanted to set out to change that.

NREI: How did you decide on the holdings for the index and, therefore, the ETF?

Alexi Panagiotakopoulos: The net lease industry historically has been led by five or six names, and we wanted the foundation of the sector to be led by those names because they have the most efficient access to capital and the longest histories and the largest portfolios. But we didn’t want to overweight and let two or three names “run” the sector. The index is really tilted to give a true view of the sector.

NREI: What’s on the horizon for the net lease REIT sector?

Chris Burbach: If you look at the sector 10 years ago, it was 11 names with approximately $20 billion in gross assets. Today, it’s $140 billion with 24 participants. There’s a gradual shift away from operating businesses that historically owned properties that were integral to what they did, and they financed them with their own debt and equity. They’re realizing that by leasing their real estate rather than owning, it’s more capital-efficient and cheaper. These types of properties are making their way into institutional hands—namely in the net lease REIT sector.

When you look at the market going forward, operating businesses still own over $3 trillion in real estate. So, our view is that net lease is going to be one of the fastest-growing, if not the fastest-growing, sectors in the space, primarily because of that dynamic, where you have a huge market that hasn’t really been addressed. You have $140 billion in assets held by REITs in a market that’s 20 times as big. We’re viewing this as a very big growth sector.