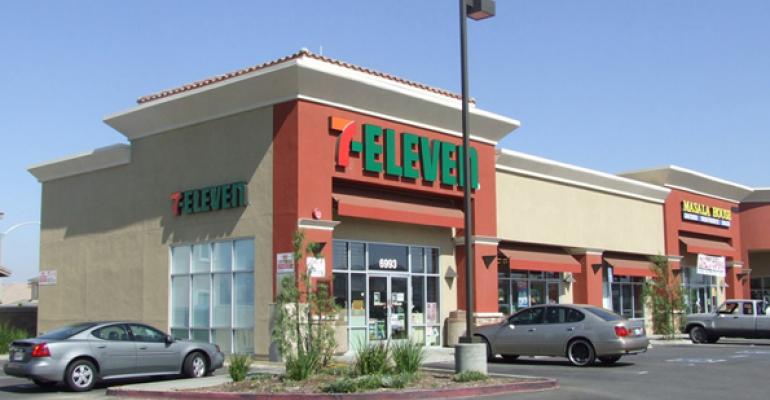 Cap rates for properties occupied by high-quality tenants, such as 7-Eleven, have achieved cap rates between high 4 percent and low 5 percent in the fourth quarter of 2017.

Recent estimates suggest that convenience stores will achieve total sales of about $73 billion in 2018—on the lower end of the spectrum for this sub-sector—and total sales growth of just 5.5 percent, according to the “Retail, Apparel and Restaurants—U.S., 2018 Outlook,” from Moody’s Investors Service.

Convenience stores are staple assets in the portfolios of net lease and 1031-exchange investors. Cap rates for properties occupied by high-quality tenants, such as 7-Eleven, have achieved cap rates between high 4 percent and low 5 percent in the fourth quarter of 2017. According to data from The Boulder Group, a net lease commercial real estate services firm, retail net lease assets overall reached the average asking cap rate of 6.07 percent during the quarter.

That is essentially flat over the same period a year earlier, says John Feeney, a vice president at The Boulder Group. Flat cap rates are not necessarily a bad sign for other types of assets, but in the net lease sector, which usually enjoys lower cap rates that other retail property types, little to no cap rate movement might suggest that the advantage is beginning to shift away from the sellers.

“A lot of the market participants think this is no longer a seller’s market, that it has moved to a neutral position,” Feeney says. “Depending on the asset quality, it is not necessarily in the seller’s favor anymore.”

Final cap rates usually depend on the movements of Federal Funds and Treasury rates, says Michael Knudsen, an associate director specializing in retail assets for Tulsa, Okla.-based brokerage firm Stan Johnson Co. Treasury rates have been generally increasing since mid-January, and were at 2.63 percent on January 23.

Yet investors might not notice a material difference in cap rates for another six months, the customary lag time for benchmark rates to show up in transactions, says Giovanni Oliva, also an associate director with Stan Johnson.

“The effect is not going to happen right away,” Oliva notes. “But we are looking at a 7-Eleven being offered at a potential 3.75 percent cap rate. We do feel there is some resistance in the market. How low can they go to entice investors in?”

Some experts recently expressed concern that the convenience store sector was losing ground competitively to grocery stores and discount retailers. This past October supermarket operator The Kroger Co. announced it would explore strategic alternatives, including a potential sale, for its convenience store business. Kroger operates 784 convenience stores under the brands Turkey Hill Minit Markets, Loaf ‘N Jug, KwikShop, Tom Thumb and QuickStop, located across 18 states, according to a company statement.

Despite potential signs of market headwinds, net lease specialists are not worried about a significant fall off in demand for convenience store-occupied assets. Stan Johnson professionals say that interest from multifamily investors—particularly those in California—who are looking to move their holdings out of the apartment sector is fueling demand for retail net lease properties.

“They are tired of managing the units,” Knudsen says, adding that “they want to a more passive investment.”