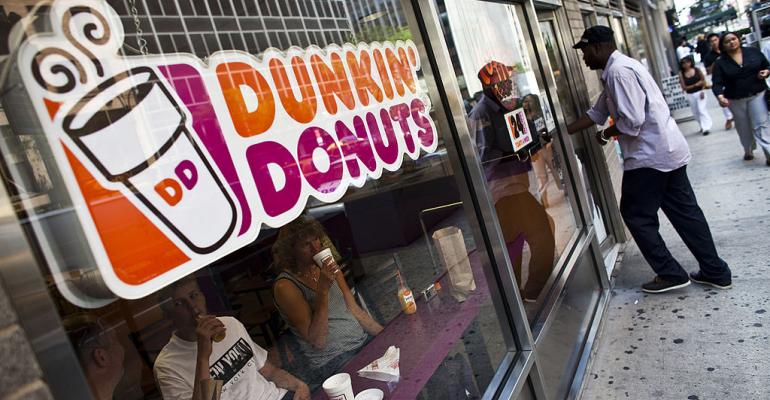 Which Are the Most Desired Quick Service Restaurants in the Net Lease Sector?

Private investors continue to have an insatiable appetite for QSRs. These are the strongest brands in the sector.

Cap rates for net-leased quick-service restaurants (QSR) have been pushed to record lows recently by private and 1031 exchange investors with an insatiable appetite for the properties.

Private buyers accounted for more than 80 percent of QSR assets sold in the first half of 2019, according to the Second Quarter 2019 QSR Net Lease Report by The Boulder Group, a national commercial real estate firm that focuses on the net lease sector. (This is the company’s most recent QSR report).

While institutions remain bullish on the QSR sector, they’re typically seeking to acquire big portfolios of properties, notes Randy Blankstein, president of The Boulder Group. “Buying one-off deals that are $1.5 million to $2 million are too small for a lot of institutions,” Blankstein says.

Meanwhile, the big portfolio deals are harder to come by. “The one-offs happen multiple times every single day, while the big transactions happen every few months.”

Additionally, the cap rates for QSR deals are currently too low for many big, institutional players, according to Blankstein. Most of the deals in the sector trade at cap rates of 5.5-6.0 percent or lower, below what institutional buyers would consider acceptable.

However, institutional groups will likely continue to pursue larger QSR portfolios through sale-leasebacks to obtain economies of scale, The Boulder Group report notes.

Just how low are the cap rates?

Thanks to the swelling investor demand, QSR cap rates dropped to an average of 5.39 percent in the second quarter of 2019, down from 5.5 percent one year ago, according to The Boulder Group. In comparison, general retail net lease market cap rates averaged 6.23 percent, meaning QSRs provided an 84-basis-point premium.

Continued demand has kept cap rates compressed in the QSR segment, notes Matter. Average cap rates for assets leased to quick-service restaurants with 10-plus years of lease term remaining can vary from 3.5 to 7.5 percent, depending on the location, credit and brand, he says.

“The quick-service restaurant segment is viewed as e-commerce-resistant and less risky than other net lease products,” Matter says. “This product type has stood the test of time and has consistently grown for many decades.”

Investors also gravitate to the QSR sector because it offers a lower-priced option than properties occupied by some other net lease tenants.

“The price point—which is primarily around the $2 million mark—is a favorable alternative to auto parts or dollar stores,” Blankstein notes.

Additionally, QSRs are conceptually easier to understand, Blankstein says. “Investors and consumers are intimately familiar with these brands and concepts. Everyone at some point in their life has been to a QSR, so they feel much more comfortable investing. While not everyone understands what makes a pharmacy or a bank successful, everyone kind of understands what makes a QSR successful.”

Investors are also drawn to QSR’s attractive lease terms, which are typically 20-year deals, Blankstein adds. Also, QSR leases often have rental escalations every five years or on an annual basis, which differentiates QSR properties from dollar and auto part stores, according to The Boulder Group.

Lastly, net lease investors are targeting the QSR sector for its financial transparency, Blankstein notes. Landlords can show performance through store sales, tenant financials, and profit and loss statements, providing investors with a level of transparency that they can’t always get when buying commercial properties.

“You know exactly what you’re getting,” Blankstein says.

What types of properties have sold?

New construction properties occupied by Burger King, Popeyes, Dunkin’ Donuts and Starbucks saw the highest transaction volumes in the first half of 2019, The Boulder Group reported.

QSRs reported the highest number of posted transactions in the net lease sector in the third quarter of 2019 at 150 deals, up from 85 the previous quarter, according to Calkain Cos.’ Third Quarter 2019 Cap Rate Report. While the number of properties sold nearly doubled quarter to quarter, Calkain reported that the average cap rate moved by just 40 basis points to 5.57 percent in the QSR sector.

California and Florida boasted the most transaction activity. Calkain’s report also described the QSR sector as a “virtual sure-bet.”

“People need to eat, and the growing availability of more plant-based options unlocks a new source of clientele,” the report noted. Tenants are also paying above-market rents, all of which means increased value for owners.

What QSR players are growing?

Of the national chains, Starbucks, Dunkin’ Donuts and Chick-fil-A are all rapidly expanding, Matter says.

“Dunkin’ Donuts is looking to open up to 250 new restaurants annually in the next three years, while Chick-fil-A has been averaging one new store opening each week,” he notes.

Starbucks opened its largest store in Chicago in November and more than 425 locations are planned for 2020, Matter says. “Concepts like McDonald’s, Wendy’s and Taco Bell are more focused right now on international expansion, leaving room for regional brands like Culver’s, Qdoba, Del Taco and In-N-Out Burger to expand their footprints.”

For example, Burger King plans to close 200 to 250 unprofitable locations each year over the next couple of years. A lot of these are older, dated locations, according to Blankstein.

Millennials are changing the industry

QSRs are impacted by millennials’ changing tastes and preferences—both in terms of fresher food options and the increase in online delivery services like GrubHub, DoorDash and Uber Eats. Some QSR brands are struggling to keep up with these evolving trends, including Church’s Chicken and Jack in the Box, Blankstein notes.

Church’s Chicken is reportedly working with an adviser to “drum up interest” from possible buyers for the chain, Bloomberg reported, while hundreds of Jack in the Box locations are losing money, according to Restaurant Business.

“A lot of chains are trying to get the delivery right and have an updated menu and a fast and fresh concept, which is more millennial-friendly,” Blankstein says. “Millennials tend to eat healthier than QSR has been historically. The concepts that have changed their menu and updated with the times tend to be doing well and some brands have not updated.”

Can QSR sector withstand a recession?

“When pocketbooks get lighter, consumer demand for inexpensive and convenient food will increase, although some brands may weather a recession better than others,” Matter notes.

For instance, a recent push made by Starbucks to open stores in lower-income areas seems like an idea that could backfire as a $5 coffee will likely not be a priority for lower-income families in a recession, he notes.

“On the other hand, a brand like Little Caesars, which provides ‘more bang for the buck’ should thrive in a recession.”

The brands that provide quality and convenience at a moderate price, such as Chick-fil-A, In-N-Out and Raising Canes, should also be fine if a downturn was to happen, Matter adds.

Blankstein agrees that the QSR sector should fare well during a downturn.

“The number of millennials who like to stay at home and cook is shrinking, so I think because they’re used to dining out, that won’t stop during a recession,” he notes. “They may lower the scale as far as the restaurants that they frequent, but since QSR tends to be at the lower price point, [they’ll probably be] the beneficiary of a recession.”

People might not opt for the $25 GrubHub order, but they’ll go for the $9 takeout, he adds. “It’s usually the higher-end restaurants that really feel the brunt of recessions.”