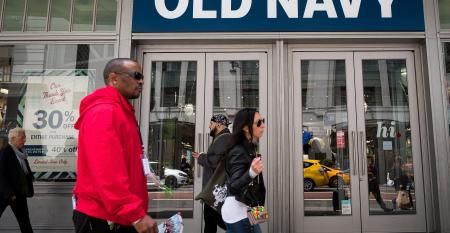 Gap Backs Away from Plan to Spin Off Old Navy
Jan 17, 2020
The apparel retailer abandoned its plan to spin off its best-performing division.

10 Must Reads for the CRE Industry Today (Jan. 17, 2019)
Jan 16, 2020
Hudson Yards developer was considering a wall, but later backtracked those plans, reports The New York Times...

New York City Property Values Rise 4.7%
Jan 16, 2020
The city saw a $62 billion increase in the value of its properties during the fiscal year beginning in July.

10 Must Reads for the CRE Industry Today (Jan. 16, 2020)
Jan 15, 2020
This year will see the delivery of more new apartment units than any year since the 1980s, according to the Wall Street Journal. Coney Island shop owners are looking at rent increases of up to 400 percent, reports The New York Times. These are...

Retail Turmoil Hits Times Square with Tenants Looking for Exit
Jan 15, 2020
Asking rents in the area have slipped and some of its largest merchants have closed stores in recent years.

10 Must Reads for the CRE Industry Today (Jan. 15, 2020)
Jan 14, 2020
A joint venture that includes the Blackstone Group will buy MGM Grand and Mandalay Bay, reports the Wall Street Journal. The...

Koch-Backed Safe Harbor Marinas Exploring a $2 Billion Sale
Jan 14, 2020
The company, one of the largest marina owners in the U.S., is expected to fetch more than $2 billion.

U.S. Tightens Rules for Foreign Deals’ Security Risk Reviews
Jan 14, 2020
The new rules will have an increased focus on real estate transactions.
10 Must Reads for the CRE Industry Today (Jan. 14, 2019)
Jan 13, 2020
Forbes puts together a list of the biggest retailers to close its doors last year. The New York Times looks at the life of late Faith Hope Consolo. These are today's must reads from around commercial real estate industry.

10 Must Reads for the CRE Industry Today (Jan. 13, 2019)
Jan 13, 2020
The pace of new construction in Chicago is dropping, reports Crain's Chicago Business. Bisnow looks at the toll of Australia's horrific brushfire season and how communities are planning to rebuild. These are among today's must reads from around...
Load More