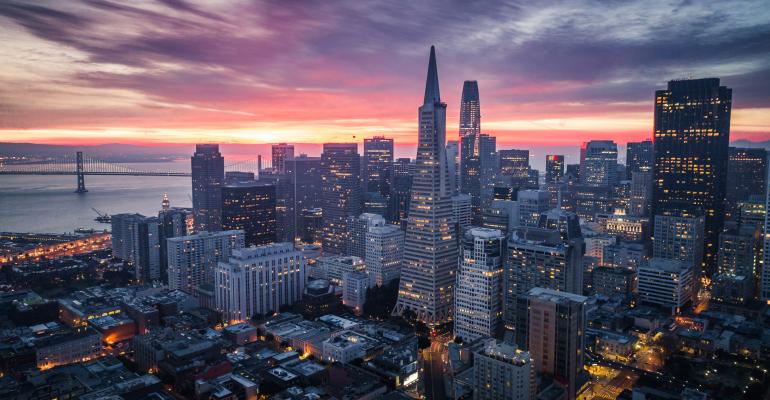 Oceanwide Holdings Co. sold its San Francisco development site at a loss of about $276 million.

(Bloomberg)—China’s Oceanwide Holdings Co. has sold its San Francisco property project for about $1 billion, taking a loss on an ambitious development that was expected to include the city’s second-tallest office tower but has lain idle for months.

The Oceanwide Center site, which includes offices, upscale condos and a Waldorf Astoria hotel, faced “huge challenges” on construction and cost controls, the company said in a filing to the Shenzhen stock exchange late Wednesday.

It expects to take a loss of about $276 million on the project, it said. The buyer was named as a unit of SPF Capital International Ltd., but no further details were given.

Work on one of the San Francisco towers was halted in October. Oceanwide is also struggling to complete a project in Los Angeles that has been plagued by lawsuits from subcontractors and as the Chinese government cracks down on capital leaving the country.

The disposal of the troubled project is Oceanwide’s first retreat from the U.S. since it hit financial challenges in mid-2018, caused in part by $1.1 billion of acquisitions during an overseas buying spree by Chinese firms.

Still, the sale will “substantially improve” cashflow and alleviate overseas’ business risks, Oceanwide said in the filing. The developer is set to receive 4.4 billion yuan ($635 million) in the short term and more in future installments based on actual returns of the project in three years, it said.

Overseas, Oceanwide also has projects in New York and Hawaii. The developer bought 80 South Street in lower Manhattan in 2015 for $390 million and planned to build a mixed-use high-end condominium and hotel. Progress stalled after there were problems with plans to demolish some existing buildings.

To contact Bloomberg News staff for this story: Noah Buhayar in Seattle at [email protected];

To contact the editors responsible for this story: Craig Giammona at [email protected];