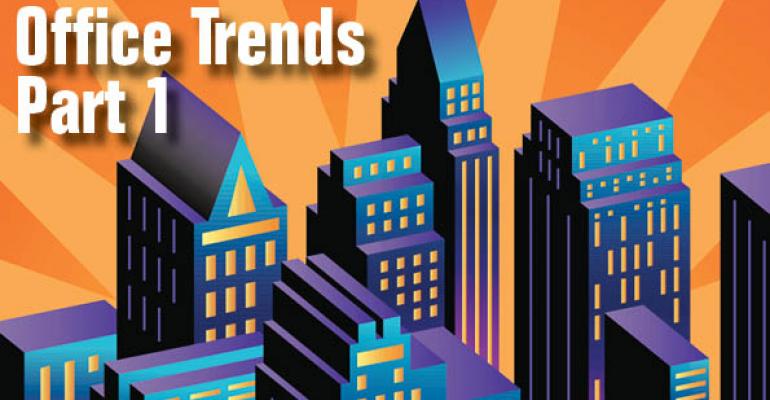 Industry pros expect continued improvement in the office sector. But a closer look reveals that bullishness is starting to weaken. The latest cycle may have reached its peak, with an increasing number of insiders expecting momentum in fundamentals to stop or begin to reverse in the next 12 months.

Those were the sentiments expressed in NREI’s second annual research survey aimed at gauging industry sentiment on what lies ahead for the office leasing and investment sales markets in the coming year.

Sentiment has moved slightly on where respondents believe we are within the real estate cycle for the sector. Overall, a plurality (42 percent) said the office sector is in the recovery or expansion phase, while 31 percent said it was at its peak. That compares with 51 percent (recovery/expansion) and 27 percent (peak) in the last survey’s results. But few think the sector is in a recession phase (7 percent) or the trough (7 percent). In addition, 12 percent said they weren’t sure.

“Today we continue to see improving fundamentals across the board. We are seeing improvement in occupancy, very nice continuation of job growth and still seeing very constrained introduction of new supply,” says Alan Pontius, senior vice president, commercial property group, with brokerage firm Marcus & Millichap. As a result, the office market is a “late bloomer,” for which the industry is still seeing a “catch-up effect,” according to Pontius.