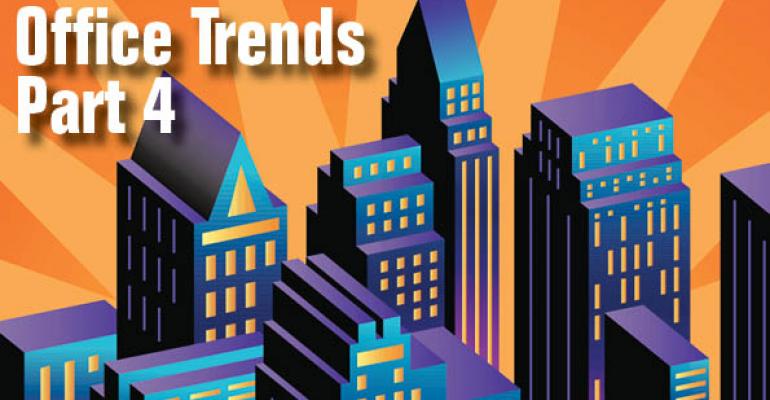 Part 4: No Worries on Overbuilding

In 2016, approximately 79 million sq. ft. in new office projects will enter the marketplace, according to Marcus & Millichap. At the same time, new businesses and office expansions will gobble up 90 million sq. ft. of office space over the course of the year.

Along with New York City, West Coast tech hubs currently round out the top four office markets, as ranked by Marcus & Millichap. These include San Francisco, San Jose, Calif. and Seattle-Tacoma.