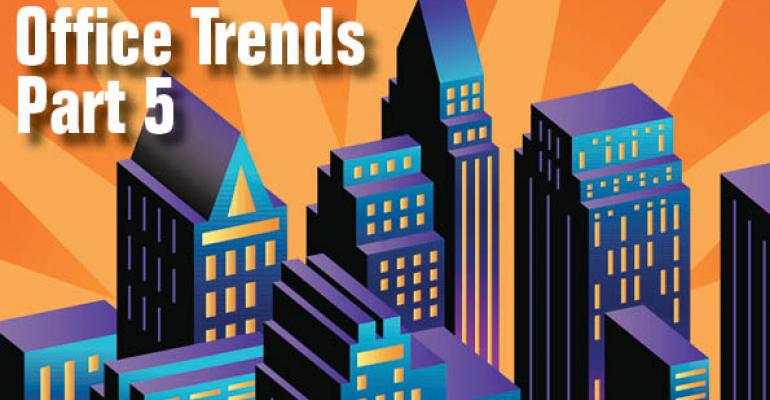 Respondents remain bullish on the outlook for occupancies. The majority of respondents (65 percent) said they expect occupancy rates to rise in their region in the next 12 months. However, about one-fifth, or 22 percent, said they think occupancy rates will decline. And about 13 percent said they will remain flat. Those results were similar to what respondents said in the fall survey.

The picture was similar on rents. Respondents remain bullish, but the sentiment has begun to shift slightly. Overall, just more than three-fourths of respondents (77 percent) expect rents to rise in the next 12 months, while only 14 percent expect them to decrease. But both figures moved slightly compared to the fall, when 83 percent said they expected rents to rise and only nine percent said they expected them to fall.

Recent reports by real estate services firms JLL and CBRE show that the national vacancy rate rose to an average of 13.2 percent, a 10 basis point increase from the fourth quarter of 2015. But, even with the increase, the rate remains at the lowest level since 2008, and the expected project deliveries will barely make a dent in demand. The nearly 47 million sq. ft. in new supply expected by December is already 54 percent pre-leased, according to JLL.

Leasing volume has been down recently because of stock market volatility and concerns over the economic slowdown in China and low oil prices, notes Julia Georgules, vice president of office research for JLL. Relocations and lease renewals dominated activity in the first quarter, at about 16 million sq. ft., compared to about seven million sq. ft. taken off the market due to expansions and new leases. “With the uncertainty, you saw tenants take a wait-and-see attitude to how things are going to shake out this year,” Georgules says.

Another reason for the deceleration in leasing momentum is the growing belief by some economists that the technology bubble could soon burst.

That thought process has been brought on by the rise in rental rates, especially in markets dominated by technology tenants. Tech-heavy markets such as San Francisco have experienced the strongest demand, and boast the lowest vacancy rates, according to JLL. The national average direct asking rent climbed to $32.28 per sq. ft. in the first quarter, with some markets seeing whopping increases, such as Silicon Valley’s 15.8 percent and Oakland-East Bay’s 9.7 percent.

The increase in office vacancy this year was also caused by significant levels of new supply coming to certain markets, including Boston, Dallas and Washington, D.C., said Jeffrey Havsy, chief economist for the Americas with CBRE, in a statement. A total of 13 markets had higher vacancy rates than in the first quarter of 2015, including Houston, Pittsburgh and Denver. However, other markets experienced outsized occupancy growth in the first quarter, led by Detroit at 130 basis points, and followed by Nashville, Tenn., Louisville, Ky., Columbus, Ohio, Cleveland, Milwaukee, Wis., San Diego and Seattle, which all posted occupancy improvements of 60 or more basis points since the fourth quarter.