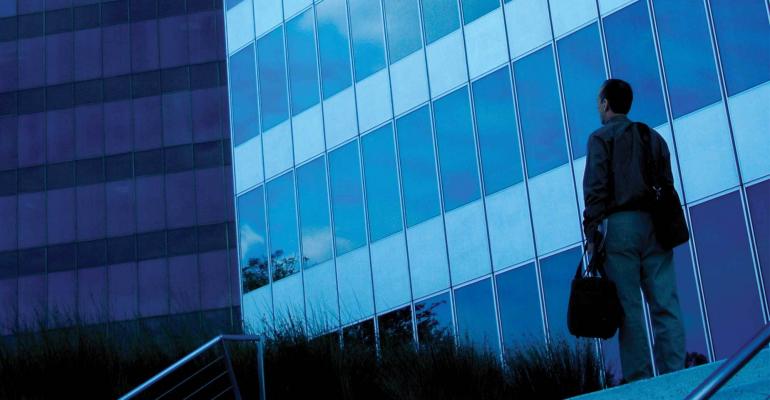 Going back to work in the physical world is proving to be a challenge to advisory firms that want to do it right.

In early summer, after working remotely since March, Rick Buoncore started opening up the Cleveland headquarters of MAI Capital Management, where 122 of his firm’s 150 employees work. With his HR manager, Buoncore divided the staff into two groups—one scheduled to go in Mondays and Wednesdays, the other Tuesdays and Thursdays—and assigned them to desks at least 6 feet apart. Everyone had their temperature checked each morning and masks were required at all times.

Six weeks went by. Then, just an hour after holding a socially distanced meeting with colleagues, one employee received a call from a friend: They’d attended a party the previous weekend together and the friend had just tested positive for COVID-19. Buoncore’s employee had to quarantine for 14 days and get tested.

It was the fourth time his team found themselves in that situation. So Buoncore made the hard decision to go back to all-remote work again. “Until we have a better way of keeping people safe, it isn’t worth putting them at risk,” says Buoncore, whose firm has $8 billion in assets.

As advisors gingerly try to open up their offices, they’re finding it’s as complicated as, if not more than, transitioning to remote work. Like Buoncore, many aren’t going so far as erecting plexiglass partitions or other costly adjustments to the physical office. But they still have to juggle scheduling logistics, employee health concerns, the local COVID case count, buying thermometers. The result: a largely jerry-rigged, ad hoc system at the office and, in some cases, a decision to stick with remote work for the foreseeable future.

Larger firms have a human resources staff to lead the reopening strategy. Smaller firms are taking it upon themselves to study government websites and other resources for how to open safely.

In general, firms aren’t allowing all of their employees to come back at the same time, even when they’re taking precautions. Instead, they’re using a hybrid system where groups of employees alternate the days they go in. The challenge there is scheduling and deciding who works from which desk.

Buoncore and his staff decided that the way to ensure at least 6 feet between employees in the same department was to move the appropriate people to different desks. That meant no new furniture or partitions were needed. But with employees working from three floors, each with about 20,000 square feet of space, “It was quite a logistical exercise,” says Buoncore. Every night, cleaning staff would sanitize the space; Fridays, when no one was in the office, they would do a deep clean.

Beacon Pointe took a somewhat different tack. The Newport Beach, Calif.–based firm, with $9.5 billion in assets, has 165 employees in 16 locations, 52 of whom work out of the 10,000-square-foot headquarters in a mix of cubicles and private offices. For Human Resources Director Shannon Eaves, the safest route was to have employees always sit at their regular desks, rather than share seating on a staggered schedule, while also working 6 feet or more apart. She also wants a maximum of 25 people in the main office at one time, making sure at least one individual from each department was in the office. So, she decided on a two-week rotation, during which one half of employees come in for two weeks, wearing masks when they need to step away from their desk, and then work from home for the following two.

Firms with offices in multiple locations face more complications. They have to consider different local rules and COVID-19 case counts, as well as whether each place has enough space to allow for social distancing. Beacon Pointe, which has offices in 10 states, has a firmwide plan, but its execution differs according to location. “It’s case by case,” says Eaves. Its Plano, Texas, office, for example, was on a rotation schedule until last month, when a rise in cases led her to close up and have employees return to remote work.

Dave Geibel, president of Girard, a King of Prussia, Pa.–based wealth management firm with about $3 billion in assets and six locations, has found that his 73 employees’ embrace of working from the office depends on how much control he has over who comes and goes. In Souderton, Pa., where the firm owns the office buildings they work out of, about 30% of employees come to the office on any given day. On the other hand, in King of Prussia, where the office is in a large office complex with many other tenants, everyone has chosen to continue working remotely.

While physical office modifications aren’t cheap, they’re also relatively inexpensive compared with how much firms are saving in travel and other costs that have practically disappeared thanks to remote client interactions. Buoncore figures that expenses, including everything from hand sanitizer and masks to paper plates and thermometers, come to about $145,000. Travel costs, he says, used to be “three to four times that amount.”

Some advisors are even using the time to renovate office space. At Center for Financial Planning in Southfield, Mich., which has $1.2 billion in assets and 30 employees, its adding more private offices and reconfiguring a conference room, knocking out a wall to make it bigger. While those plans were made pre-COVID, the firm decided to go ahead with construction while employees were largely working at home. “With an empty office, it’s a good time for construction,” says Director of Operations Lauren Adams. The 11,000-square-foot space opened July 4, with a 20% cap on the number of employees allowed in the office at one time.

Usually, an HR or operations person leads the effort to open up. However, in May, Center for Financial Planning created a seven-employee committee to research the Centers for Disease Control and Prevention (CDC) and state recommendations and come up with a plan. The group also led a virtual hour-long companywide training session to kick off the office’s reopening.

Some advisors, after weighing the pros and cons, have made no moves to open up the office. That’s particularly true for small outfits. At The Humphreys Group, a San Francisco firm with $207 million in assets, the five-person staff has been working remotely since mid-March.

According to Diane Bourdo, president, the firm’s 2,000-square-foot office won’t open until the end of the year, at the earliest. That’s in part because the commute requires taking public transportation, plus an elevator ride. She also figures the social distancing that would be required at the office would hinder the collegial environment they once enjoyed.

“What we can’t get with Zoom is interrupting each other with questions,” she says. “If we can’t do that, why rush back?”