Are These 11 Seattle Tall Buildings Made to Withstand the Coming Mega-Quake? 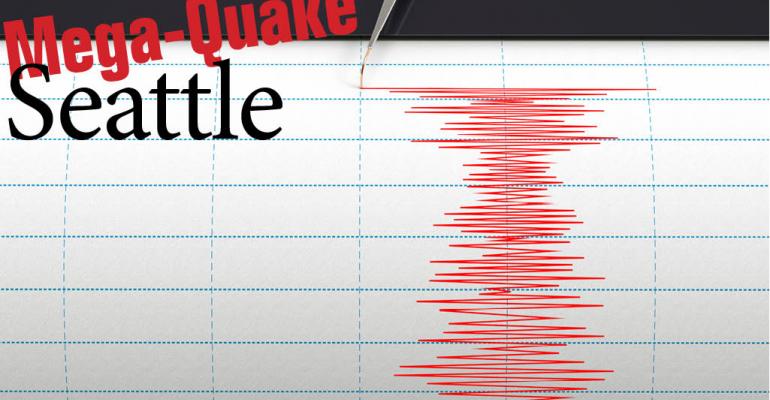 San Francisco-based seismic engineer Peter Yanev, writing in an op-ed in the New York Times in response to the 2010 earthquake in Chile, says there is, essentially, no such thing as an earthquake-proof building.

The Chile earthquake, which hit 8.8 in magnitude and occurred off the coastline, was “the first mega-quake to strike a developed country with rigorous building codes,” says Yanev, who is the author of Peace of Mind in Earthquake Country: How to Save Your Home, Business, and Life (Chronicle Books, 2009). Therefore, it was a test for all “modern cities full of state-of-the-art buildings.” Chile’s construction codes, Yanev notes, “often exceed those of California and Japan.” So, how did high-rise buildings perform there? “Worryingly poor,” he says. While Chileans initially responded to the 1960 earthquake there, which hit 9.5, by tightening construction codes and reinforcing concrete frames with numerous reinforced concrete walls, called shear walls, their vigilance soon wore off in the face of cost-saving. Most of the buildings that failed were new, and had fewer shear walls, even though they were essentially stronger than many buildings on the West Coast. Plus, says Yanev, some trendy, flexible buildings, reminiscent of those found in Silicon Valley, were largely undamaged or at most, moderately damaged, but many of their interior architectural features collapsed.

So, how does Seattle look, in light of such information? The last time Seattle’s building code was updated was in 1997, when the updated Uniform Building Code, was adopted by both the State of Washington and the city of Seattle. In the updated version of the code, the cost of compliance was raised, but not enough, meaning that it remained “almost impossible to make a ‘bad’ building ‘good,’” according to the Seattle Daily Journal of Commerce. The code also required varying design levels for buildings, depending on how soft the soil at the site. A new reliability requirement was incorporated to keep single elements in a building’s system from failing and therefore leading to a progressive collapse situation. Longer shear walls and more braces were required, and the code definition of building “drift” was modified to guard against the possible pounding of one building against another and the loss of cladding as a building shakes.

In August 2012, an updated map of the city’s brick buildings—the riskiest structures in an earthquake—shows that 20 percent of Seattle’s historic brick buildings is concentrated in the Capitol Hill neighborhood. That’s 150 brick buildings in one neighborhood alone. According to the report, prepared by the Department of Planning and Development and titled “Unreinforced Masonry Buildings (URM) Survey,” very few structures had been retrofitted with steel reinforcement, adequate ties and connections between building elements. “Most of the URMs constructed in Seattle were built before 1940 when seismic reinforcement was not required by the building code,” states the report.

The brick building issues aside, Yanev believes that the 1997 Seattle building code revisions did not go far enough. “Construction codes are based on the probability of earthquakes striking a region,” he writes. “That means Seattle’s buildings, for example, are designed for roughly half of the earthquake loads of buildings in San Francisco or Los Angeles, because earthquakes occur roughly half as often in Seattle as in California’s cities. But the result is that Pacific Northwest cities are full of buildings with slender structural frames and fewer and smaller shear walls. In a mega-quake, many of the region’s iconic tall buildings would probably collapse. The loss of life and property from such a disaster would be far worse than the damage and death suffered in Chile.”

NREI has compiled a list of the 11 tall buildings in Seattle that were built before the city adopted the 1997 version of the international Uniform Building Code.