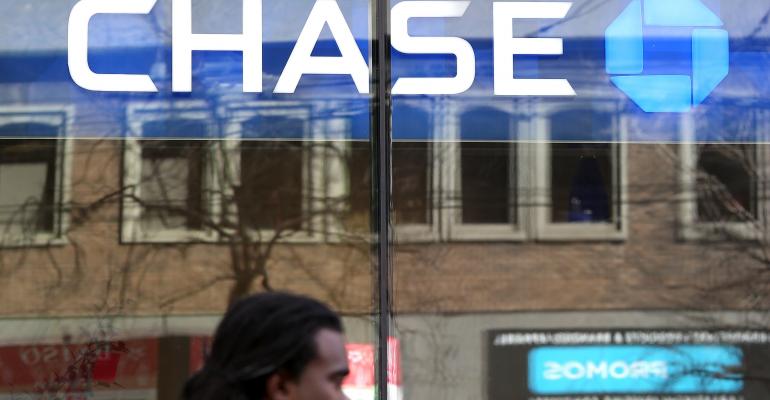 Bank headquarters housing thousands of staff might go out of fashion if people need to take the elevator only two at a time.

(Bloomberg)—Bankers yearning to return to their high-rise offices should brace for disappointment.

Headquarters built to house thousands of staff might be a “thing of the past” if social distancing means only two people can take an elevator at a time, says Barclays Plc Chief Executive Officer Jes Staley, echoing rivals’ concerns.

“There will be a long-term adjustment about how we think about our locations,” Staley said on a conference call after the bank reported earnings on Wednesday. Branches might work as alternative sites for investment bankers once staff are cleared to stop working from home, he said.

As the outbreak starts to ebb in some locations, the largest banks are grappling with how to plan a gradual return while adhering to social distancing rules. Morgan Stanley CEO James Gorman realized earlier than most that the bank would have “much less real estate,” while Deutsche Bank AG’s Christian Sewing said the crisis highlighted how much the lender could save on office costs. Citigroup Inc. has warned that some employees may spend the rest of the year working from home.

Real estate brokers aren’t sounding the death knell just yet. While lockdowns across the world threaten office values and many rental payments will be missed, they’re still counting on global firms chasing trophy headquarters. The industry is also betting that being home-bound has made people appreciate human interaction even more, which will sustain demand.

Still, what bank executives say matters. Wall Street lenders are among the largest tenants in the global commercial property industry, with many housed in large open-plan skyscrapers that rely heavily on elevators. And, the near term may bring more pain to the real estate market: almost 8 million U.K. workers will be unable to return to their offices in the months after their lockdown eases, broker Colliers International Group Inc. said this week.

In any case, bankers should prepare their home offices for the long-haul.

“One thing is for sure -- after this crisis is over we may have to rethink our work-from-home practices,” said Vinals. “The experience so far has been rather good. It may be that going forward you don’t need to have 100% of the people in the office, 100% of the time.”

Deutsche Bank’s Sewing seems to have come to similar conclusions.

Societe Generale SA’s CEO Frederic Oudea recently estimated that about 20% of the bank’s workforce will continue to work from home after the crisis, said people familiar with the matter, who asked not to be identified as the details aren’t public. A spokesperson said the bank will be taking government advice and it’s too early to assume how many workers will return to offices.

Companies around the world have sent staff home as the pandemic prompted governments to halt the virus’s spread by enforcing lockdowns. In banking, working from home can be complicated by technological demands; on Wall Street, many staff have been sent home, but there have been tensions as some traders are urged to come to trading floors.

“We’ve proven we can operate with no footprint,” Morgan Stanley’s Gorman said mid-April. “Can I see a future where part of every week, certainly part of every month, a lot of our employees will be at home? Absolutely.”

Citigroup, which operates in more countries than rivals, has cautioned employees to expect a slow, gradual return with no set dates -- and that some might spend the rest of the year working from home.

JPMorgan Chase & Co. said it might station attendants outside elevators to help push buttons, so fewer workers need to touch keypads. Goldman Sachs Group Inc. is exploring ways to open doors without contact, possibly with towelettes that can be used to touch handles and then discarded on the other side.

As Barclays studies how employees will return to the workplace, Staley warned “it’s going to be gradual.” Hong Kong will be the first office to see employees return, he said. The bank had almost 1,000 branches at the end of last year. Barclays says 655 of them are currently open.

--With assistance from Jack Sidders.

To contact the reporters on this story: Stefania Spezzati in London at [email protected];