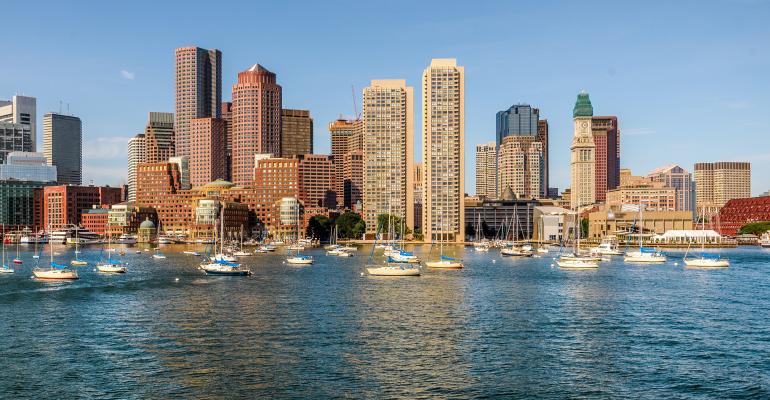 Tenants in Boston cut down on office and lab space in Boston and surrounding suburbs for the first time since 2009.

(Bloomberg)—There’s no clearer sign of Boston’s flourishing economy than the office towers expanding its skyline. But along with the flashy amenities inside like free beer and game rooms, the latest trend is caution.

For the first time since the height of the Great Recession in 2009, tenants in the third quarter cut back on office and lab space in Boston, Cambridge and the suburbs, said Aaron Jodka, who leads the research team at Colliers International’s Boston office. A quarter-over-quarter reduction in occupied space in all three markets has only happened during recessions or in the early stages of a recovery such as after the financial crisis and the dot-com crash in 2000, he said.

“I don’t think a decline in any of the markets individually would be surprising -- the surprise was all three together,” Jodka said. “It’s a potential red flag for the top of the real estate market in Boston.”

Talk of a coming U.S. economic slowdown, from the Boston Fed chairman’s projection on Friday of U.S. gross domestic product growth of only 1.7% in the second half, to the trade war, to slowing job growth, may be taking the edge off Boston’s office boom, Jodka said. The city has 7 million square feet of office construction in the pipeline from 2021 to 2023, the most for a three-year period since the late 1980s, he said. Rents in the priciest markets have hit $100 per square foot, which in previous cycles was as high as it got.

It’s strange to even think about a recession in a city like Boston, where roads are crowded, hotels are packed and the unemployment rate is below 3%. After all, if business softens, the area’s universities and hospitals will cushion the blow. Still, it’s a mistake to assume Boston is immune, Jodka said.

To fill vacancies, office landlords have been chasing startups with tech company-like amenities. At Boston’s 100 Summer Street in the financial district, for example, a private club for employees of companies in the building offers free craft beers, a gym with private showers, arcade games and baristas who finish off cappuccinos with foam artwork.

“Recessions have a tendency to be identified after the fact,” Jodka said. “Could it be that we will look back on this quarter as the start of a larger slowdown, or recession?”