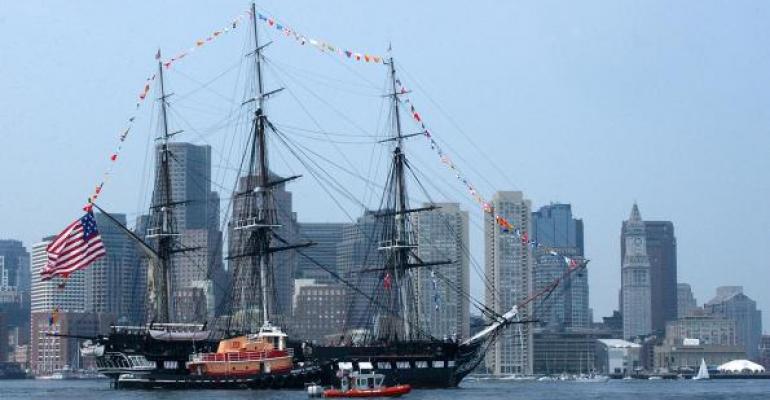 Boston Office Complex Home to Twitter, Spotify Is Up for Sale

The owners of Center Plaza in Boston have hired Newmark Knight Frank to being soliciting potential buyers for the complex.

(Bloomberg)—BentallGreenOak and Synergy Investments are exploring a sale of Center Plaza in Boston, a set of three interconnected buildings the firms purchased in 2017 for $365 million, according to people with knowledge of the matter.

The landlords are working with brokerage Newmark Knight Frank, which is expected to begin soliciting interest in the property from potential buyers as soon as next week. The property could fetch over $550 million, according to one of the people, who requested anonymity because the matter is private.

Center Plaza, which is located not far from Faneuil Hall and spans more than 740,000 square feet, was about 40% vacant following the FBI Boston division’s relocation in 2016. But tenants including Spotify Technology SA, Grubhub Inc. and Twitter Inc. have leased portions of that space under the current owners, one of the people said. The property is now about 90% occupied.

BentallGreenOak and Synergy spent $30 million renovating and upgrading common spaces and amenities, which include a fitness center equipped with Peloton bikes, golf simulators and arcade games.

BentallGreenOak, created in a merger last year of investment firms Bentall Kennedy and GreenOak Real Estate, recently purchased a midtown Manhattan office tower, 685 Third Ave., from Japan’s Unizo Holdings for about $450 million. It also teamed up with MWest Holdings LLC to buy The Enclave, a roughly $100 million multifamily building in Paramount, California, one of the people said.

The vacancy rate in Boston’s central business district fell to 7.1% last year, with the market absorbing almost 1.9 million square feet of office space. That led to “frenetic growth” in asking rents, according to a Newmark Knight Frank report.

Rent for top-quality office space in downtown Boston has jumped 33% since 2014, including a 6% increase in 2019 that pushed the price to more than $70 a square foot, according to Newmark Knight Frank.