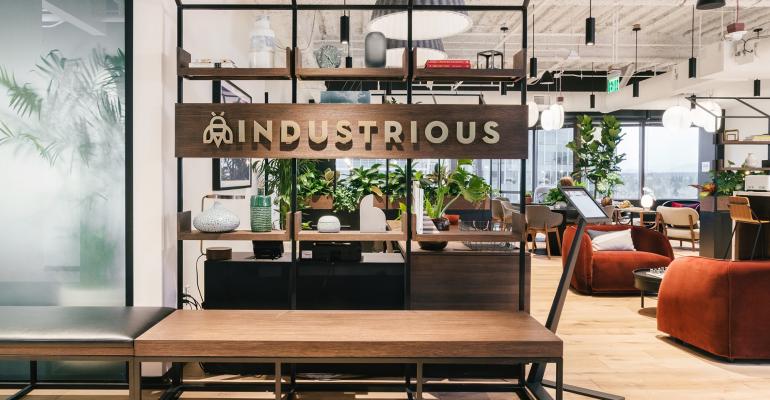 The workplace provider has interviewed investment banks about a potential listing in 2021.

(Bloomberg)—Industrious, a workplace provider that counts WeWork among its rivals, is taking steps toward an initial public offering, which could come as soon as next spring.

The New York-based startup has interviewed investment banks ahead of a potential listing in the spring or summer of 2021, although that timing could change, co-founder and Chief Executive Officer Jamie Hodari said. On Monday, the company will add real estate veteran Mary Hogan Preusse as its first female board member.

“Investors represent one point of view, but the unfortunate consequence is that you end up with a lack of gender diversity and potentially miss out on a thoughtful, independent voice,” Hodari said in an interview. He added that Industrious looked for a new board member with a deep understanding of real estate and future changes in the sector.

“I hope that my thirty years of analyzing, investing and advising real estate companies can be additive to Industrious’s growth prospects, and it’s very exciting to be part of something so innovative,” Hogan Preusse said in an emailed statement, adding that she believes the company is well-positioned to provide office space in a post-Covid 19 world.

Industrious, which last year raised $80 million from investors including Brookfield Properties, Canada Pension Plan Investment Board and Equinox, expects revenue growth of as much as 25% this year, Hodari said.

He declined to comment on the company’s valuation, but people familiar with the matter said Industrious is expected to be worth well over $500 million in any listing.

The company last month cut about 90 employees, about 18% of its workforce, in response to the impact of the Covid-19 pandemic. But it has begun the process of bringing back its 64 furloughed employees, all of which are expected to be back by next month, sooner than expected, Hodari said. Temporary salary cuts -- including his own -- are expected to be reversed by this summer.

Industrious is poised to benefit from a push toward suburban offices as companies seek close-to-home outposts for their employees, Hodari said. Its footprint already includes offices in Short Hills, New Jersey, Walnut Creek, California and Evanston, Illinois, which are in the New York City, San Francisco Bay and Chicago areas, respectively.

“Rather than open-plan co-working desks, we focus on private offices, which are more aligned with what customers are looking for, at least until there’s a vaccine,” he said.

In recent months, WeWork, which scrapped its IPO plans last year, has pitched landlords on ideas to reduce its rent bill, including revenue-sharing agreements, Bloomberg reported.

Industrious’s decision last year to pivot away from leases and toward such management agreements has helped it weather the pandemic, according to Hodari.

“We’re a more sustainable, stable business in a time of macroeconomic turmoil, and it’s great to have control over our own destiny,” he said.

To contact the reporter on this story: Gillian Tan in New York at gtan129@bloomberg.net