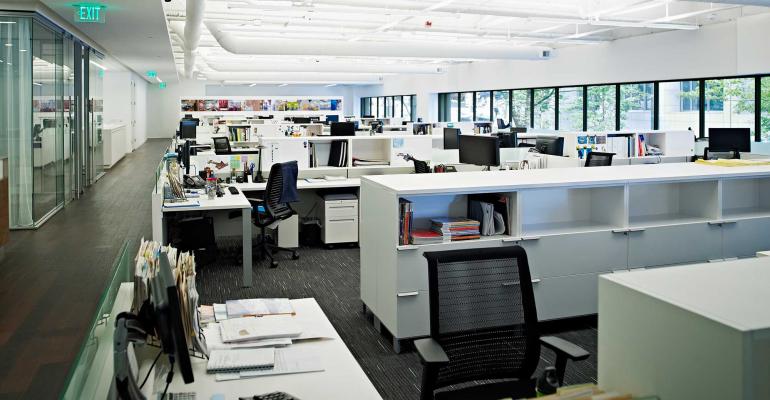 (Bloomberg)—Deutsche Bank AG is revising its work-from-home policies in an effort to permanently reduce office space, adding to a growing number of lenders that are using lessons learned from the pandemic to lower costs.

The bank’s leadership is working on a new “hybrid model” for how staff can split work between the office and their homes, Chief Executive Officer Christian Sewing said at a conference on Thursday.

The new policies will eventually allow employees to have binding agreements on how many days per week they want to work away from the office, a person familiar with the matter said. The lender has developed estimates of how big a share will work from home, according to the person, who asked not to be identified discussing internal planning.

Deutsche Bank is joining lenders such as Mizuho Financial Group Inc. and Fifth Third Bancorp in cutting office costs after the coronavirus pandemic forced a large number of employees to work from home. Its top executives have repeatedly said they’ve been positively surprised by how little the shift has affected productivity, an assessment not all Wall Street companies are sharing.

JPMorgan Chase & Co. CEO Jamie Dimon has warned that staff productivity will eventually slip if they work remotely for too long, while BlackRock Inc.’s Larry Fink and UBS Group AG’s Sergio Ermotti have warned that working from home makes it harder to maintain a corporate culture.

The biggest U.S. banks have been urging employees in recent weeks to return to the offices, though a resurgence of cases including in the U.K. has forced some to partly halt those plans.

Deutsche Bank is becoming “more aggressive about how we want to use the space, given what we are learning now about the way the workforce will choose to engage and choose to work every day,” Chief Financial Officer James von Moltke said on Tuesday.

The lender spent 1.7 billion euros ($2 billion) on rent and furniture last year, an amount it had expected to remain stable before the pandemic hit. After the experience of the first half, von Moltke said the bank now sees room to lower those costs.

Deutsche Bank earlier this week took a step in that direction when it gave up two of the five floors it rents in one of Zurich’s most expensive office buildings. A spokesman cited expectations that more people will work from home as one reason for the decision.

Deutsche Bank will also switch New York offices next year to cut office space there by almost a third. The lender has reduced its U.S. workforce by about a fifth over the past couple of years. The bank’s asset management unit DWS Group has recently moved to a cheaper London office.