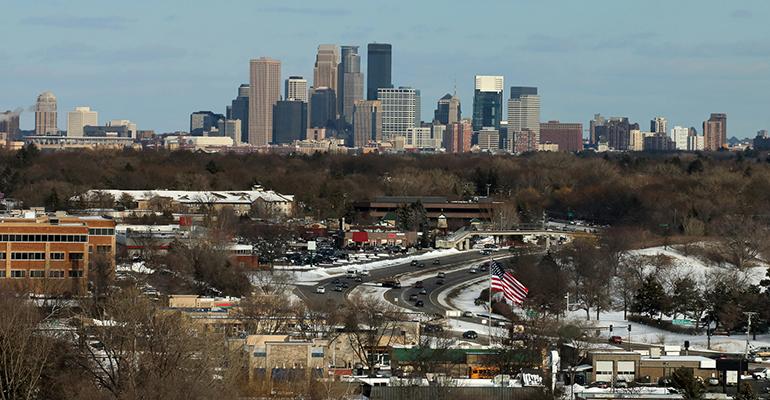 Do Office Tenants Prefer the City or the Suburbs? The Answer is Complicated

Owners and developers of suburban offices that fail to embrace the urb-suburban vibe might find it harder to justify new projects or attract new tenants.

Office building owners and developers pondering how to bridge the urban-suburban gap may want to set their sights on what you might call “urb-suburban” settings.

What’s urb-suburban? It’s one way to describe the mash-up of suburban office locations in walkable settings with easy access to urban-style amenities like transit, housing, restaurants and retail. Owners and developers of suburban offices that fail to embrace the urb-suburban vibe might find it harder to justify new projects or attract new tenants, industry observers say.

“Suburban office submarkets with urban characteristics are in the best position to capture occupier demand, and may provide unique opportunities for occupiers to secure space at lower rents and for investors to buy at lower prices in areas that are poised for future growth,” researchers at commercial real estate services company CBRE write in a new report.

Examples of established submarkets that provide a wealth of urb-suburban attributes include the New Jersey Hudson River waterfront, the Los Angeles suburb of Santa Monica and the San Francisco Bay Area suburb of Palo Alto, the CBRE experts write.

The Frisco-Plano area in the Dallas-Fort Worth suburbs is one of the places in the U.S. benefiting most from the urb-suburban trend, notes Andrea Cross, CBRE’s head of office research for the Americas. Among the corporate heavyweights that recently have expanded in or relocated to Frisco-Plano are AmerisourceBergen, Fannie Mae, JP Morgan Chase, Liberty Mutual, McKesson and Toyota.

Frisco-Plano—which offers an array of urban-like features—exemplifies the desire of office tenants to rent space where in-demand workers already live, according to Scott Marshall, executive managing director of advisory and transaction services at CBRE. “It’s no longer build it, the labor will come. These tenants are going to where the labor exists,” Marshall says. “Not all of the labor is in an urban setting.”

Of course, many office submarkets aren’t in the same league as Frisco-Plano.

“These office assets need to be upgraded to suit the preferences of today’s tenants or repurposed into multifamily, hotel, self-storage or other uses,” says Sandy Paul, managing director of national market research at NKF.

“Corporations do not want isolation in a walled-off suburban campus setting because their employees, by and large, no longer want that,” Paul says. “Owners of suburban office space often cannot provide access to public transit, but they can reinvest in their assets and create a more vibrant work environment with the amenities today’s tenants are seeking.”

A CBRE poll of its professionals in the 25 biggest suburban markets found that urban-inspired live-work-play elements contributed to the success of more than half of the urb-suburban markets that were included in the survey.

In a NAIOP Research Foundation study published in 2014, Emil Malizia, a professor of city and regional planning at the University of North Carolina, and fellow researchers found that when urban-like amenities were paired with compatible suburban offices, rental rates and absorption rates were higher than they were for single-use suburban offices, and vacancy rates were lower.

Increased scrutiny of urban and suburban office markets in the U.S. comes as several high-profile companies have unveiled moves of their headquarters from the suburbs to nearby urban cores. Fast-food giant McDonald’s, for instance, plans to relocate from suburban Oak Brook, Illinois, to Chicago’s West Loop area. Other suburban employers shifting to urban headquarters include Aetna and General Electric.

Companies that are ditching their suburban digs and heading to urban locations say they’re doing so to woo highly skilled, high educated Millennials as employees, since Millennials generally have demonstrated a preference for urban living. But commercial real estate observers say the suburban-to-urban approach could be shortsighted.

While the current development cycle for office space has concentrated heavily on Central Business Districts (CBDs) in places like Chicago, Los Angeles and Seattle, Walter Page, research director at commercial real estate data provider CoStar Group, expects that tide to change as Millennials grow older, have families and migrate to the comforts of suburbia. It’s worth noting that the oldest Millennials are already in their mid-30s.

Marshall says some employers are hiring consultants and commissioning studies to help determine what their workforces will look like in the near future. As a result, office tenants are looking at labor forecasts as a consideration in leasing decisions, alongside rental rates and tenant improvement allowances, he notes.

In addition to the Millennial factor, CBRE envisions steep rental rates and strained supply in downtown office submarkets will push more tenants toward suburbia, which has experienced continuous gains in the office market.

The suburban office market notched 29 straight quarters of net positive absorption through the second quarter of this year, according to Cross, as well as 23 straight quarters of year-over-year rent growth. In the second quarter, the suburban vacancy rate stood at 14.3 percent, which Cross says was 430 basis points below the peak during the Great Recession and 50 basis points above the low point during the last development cycle.

Considering trends like that, “the death of the suburbs is definitely not happening,” Page says.