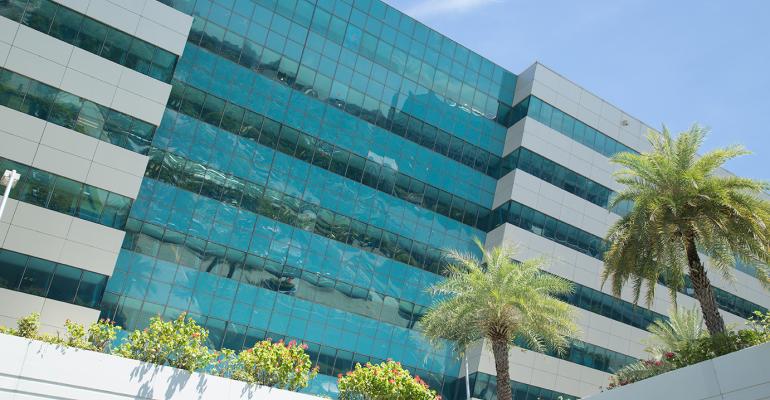 Downtown Corporate Campuses are Expanding into the Suburbs

Perhaps it was inevitable, but the success of the urban corporate campus phenomenon is already starting to spill over into the suburbs.

One of the most important development trends in recent years has been the push to redevelop, reenergize and revitalize downtown districts in cities and towns across the country. Aligned with a demographic wave (led by millennials, empty nesters and active seniors) displaying a renewed appreciation for and attraction to the live/work/play dynamism that dense, mixed-use urban centers can provide, developers have become more aggressive and more adept at transforming underutilized urban neighborhoods in vital and energized centers of commercial and social activity.

Employers, recognizing the appeal of these amenity-rich environments, have also set their sights on downtowns. A long list of brands and businesses are committing themselves to new urban locations, occupying space in new corporate campuses that are designed to provide the distinctive and engaging spaces that current and prospective employees are looking for. Midtown in Detroit and the Arena District in downtown Milwaukee are prime examples of the civic renaissance taking place in cities and towns across the country.

Perhaps it was inevitable, but the success of the urban corporate campus phenomenon is already starting to spill over into the suburbs.

In financial terms, bringing the lifestyle campus model to the suburbs makes sense. Space is at a premium in central business districts and other downtown neighborhoods (rents have risen to what are, in some cases, prohibitively high levels in many cities), and suburban office markets are not only affordable, they offer a much wider selection of sites to choose from. Consider the remarkable fact that current suburban office rental rates are approximately half of their downtown equivalents.

This is a talent-driven phenomenon. More and more companies are recognizing that both prospective and existing employees are drawn to suburban spaces that can provide many of the same benefits of an urban lifestyle. Not only that, they can do so while also offering the usual suburban benefits: a short commute, convenient and abundant parking and plentiful green space like parks and trails. Not to mention lower or no cost of parking and lower residential rental rates and mortgages.

Creating those amenities and advantages in a suburban environment take some work, however—not to mention creativity and commitment. Business owners (and the developers and architects they work with) have to be proactive when it comes to making amenities a reality, and must be prepared for the upfront investment that is often required to create unique spaces and opportunities. That might mean new infrastructure­, or significant redevelopment, repositioning or restructuring of existing infrastructure/assets. Some suburban campuses can even rival downtown locations for nearby retail, dining and entertainment conveniences. Those that don’t have those attractions in place are becoming more creative in remedying that situation, providing (sometimes scaled-down version of) on-site shops and restaurants, cafes and food carts, and building in-house fitness centers.

In unoccupied or underutilized suburban office structures, there is real opportunity for renovation or repurposing—perhaps even creating an adjacent residential or mixed-use component. Public-private partnerships are becoming a popular way to help pay for these, and other similar projects, especially those that may include infrastructure upgrades, amenities or outdoor green/park space that would provide a broader community benefit.

The best suburban office campus environments don’t just have high-quality brick-and-mortar infrastructure, they are brought to life by a wide range of activities and programming. Forward-thinking executives and decision makers are doing things like hosting food truck festivals, barbecues and on-site picnics, or offering tenant activity days and other special events. Some campuses—such as 25 Northwest Point in Elk Grove Village, Ill.—feature hiking and biking trails and other appealing outdoor spaces and activities. Employees at Sheffield Office Park in Troy, Mich. can rent bicycles to take advantage of a similar set-up.

Developers are also working to provide community and co-working spaces, are making a point to redesign or update lobbies, and creating a range of comfortable and flexible spaces where employees can work or simply relax and socialize. Premium amenities can be a huge selling point for an employer. Oakland Commons in Southfield, Mich. recently added a popular new fitness center, brought free WiFi into its renovated lobby seating areas and created a flexible new conference space with mobile TV screens.

While it might be rooted in very practical considerations, the suburbanization of the downtown corporate campus trend reflects some more foundational shifts in people’s preferences and priorities. No matter who you are or where you live and work, convenience is appealing. Having more options is a good thing. Living and working in places that are interesting, engaging and enriching is desirable.

The stereotype of the commute downtown and the time-clock-punching 9-to-5 workday is increasingly an artifact of another time. Today the lines are blurring between not only where, but also when we live, work and play. With the explosion of increasingly mobile digital technology tools, more professionals are working from home or in non-traditional office environments and are working more flexible hours. Consequently, companies that can give their team members the tools and freedom they need to be productive, while also offering them the work/life flexibility they are looking for will be in a position to thrive. And a big part of making that happen is to create the kind of facilities and environments to make it a reality. Because when it comes to catering to an appealing work/life blend and an evolving 24-hour live/work/play dynamic, it’s clear that both urban and suburban locations have a lot to offer.