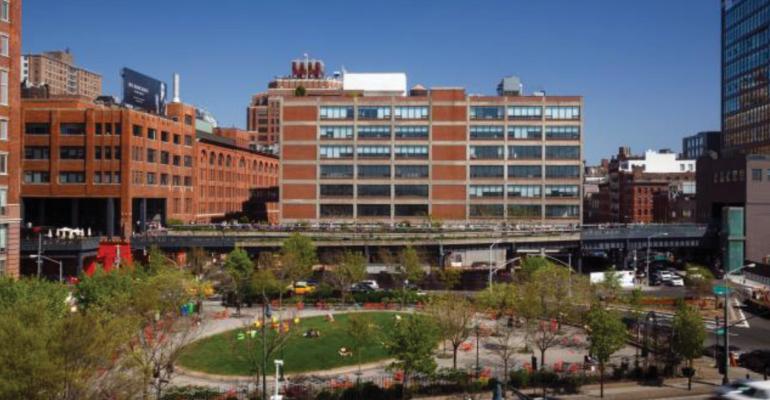 Google Adds to NYC Footprint with Building Purchase in Chelsea

Google completed the purchase of the 325,000-sq.-ft. Milk Building from Jamestown.

(Bloomberg)—Google has made no secret of its plans to dramatically expand its workforce in New York, buying and leasing real estate so it can house thousands more employees in the city. On Wednesday, it added another address to its property portfolio there.

The division of Alphabet Inc. said it completed its purchase of the Milk Building -- an eight-story, 325,000 square foot (30,200 square meter) office-and-retail property -- from Jamestown. The building is connected via a sky bridge to Chelsea Market, which Google bought last year from the same seller for $2.4 billion. No financial terms were disclosed for the latest transaction.

“This purchase will help us meet our short-term growth needs in Chelsea-Meatpacking, the community we’ve called home for more than a decade, as we plan to double our presence in New York over the next 10 years,” William Floyd, a spokesman for Google, said in a statement.

Google’s real estate deals in New York -- including leases announced in December for its Hudson Square campus -- haven’t stoked major controversy. In contrast, Amazon.com Inc. scrapped a plan to build a second headquarters in Queens last year after facing resistance from local politicians and community organizers, who objected to giving the company billions of dollars in subsidies.

Google said it plans to occupy three floors of the Milk Building and will honor existing tenant leases. The company currently has more than 8,000 workers in the city. Crain’s New York reported the deal earlier on Wednesday.