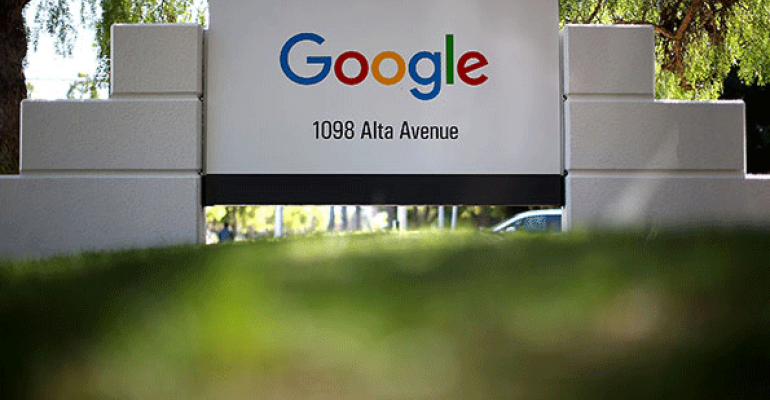 The Alphabet Inc. unit has added thousands of jobs since it set up shop in the Chelsea neighborhood in 2006, and plans to add thousands more on Manhattan’s west side. The company didn’t take public subsidies, and has mushroomed in New York without provoking much ire.

Google, a tech pioneer when it first arrived in New York 20 years ago, has established itself gradually, buying and leasing mostly older buildings, and leaving the exteriors alone.

Amazon, meanwhile, flirted with cities around the U.S. in its flashy public bid to establish a second headquarters. It ultimately negotiated billions in government subsidies to bring 25,000 jobs to the Long Island City section of Queens. The Seattle-based e-commerce giant abandoned the plans a year ago after the public money became a lightning rod for criticism, partly over concerns about what a huge new campus filled with high-earning Amazonians would do a gentrifying neighborhood.

Google has more than 8,000 employees in New York across several buildings and could surpass 14,000 by 2028. In the past two years, it bought Chelsea Market and a building across 15th Street for a total of about $3 billion. It also announced plans to spend more than $1 billion creating a new campus in Hudson Square, about a mile south of its New York headquarters at 111 Eighth Ave.

When Google bought that building in 2010, it marked a turning point in New York’s bid to be a major technology hub, said Doug Harmon, who brokered the deal and is now chairman of capital markets for Cushman & Wakefield. The company’s steady presence has attracted other tech giants who are turning Manhattan’s west side into a new tech corridor.

Long a media and finance stronghold, New York has been tipping toward tech as companies that have outgrown California tap the city’s highly skilled workforce. The city had more than 264,000 tech workers in 2018, a 20% jump from 2013, according to real estate company CBRE Group Inc. Facebook Inc. has expanded its presence in recent months with a lease at Hudson Yards, while Amazon also recently took space in the neighborhood to house more than 1,500 workers, a sign it still plans to add workers in the city despite the abandoned HQ2 project.

While Amazon said in February it was disappointed that it couldn’t build the relationships with state and local officials required to move forward with its project in Queens, the company plans to expand in its 18 tech hubs across the U.S., including New York.

There are some parallels between Chelsea when Google arrived and Long Island City when Amazon announced its move. The Queens neighborhood is going through its own wave of gentrification as glass apartment towers spring up for young professionals who want a quick commute to Manhattan without Manhattan prices.

Amazon wanted to build a huge new campus in Queens near a public housing project. And while the company said it would generate $186 billion in economic activity over 25 years, opponents saw it as contributing to congestion and higher rents in a city that was increasingly becoming out of reach for many.

In Chelsea, though, Google has mostly managed to avoid controversy.

“Gentrification was under way long before Google showed its face here,” said Pamela Wolff, a former building manager and member of community advocacy group Save Chelsea.

When Wolff moved to Chelsea from Tennessee to chase a career in dance more than six decades ago, the neighborhood was largely Spanish-speaking, with single-room apartments for dockworkers.

After Chelsea Piers ceased being a shipping hub in the late 1960s, the neighborhood started to draw residents priced out of Greenwich Village, making it a global capital of gay culture. Eventually, art galleries moved in and rising housing prices followed.

Google has fueled development in Chelsea and the nearby Meatpacking District. It showed up three years before the opening of the High Line, a former elevated railway turned park that’s become one of the city’s most Instagram-worthy spots, and almost a decade before the Whitney Museum relocated to the neighborhood from the Upper East Side. Now, the area is a tourist magnet, full of high-end boutiques and fashionable brunch spots.

Google faces some of the same criticism tech companies always do: that they force prices up in neighborhoods but don’t spend much of their high salaries supporting local businesses, some of which have closed in recent years due to high rent. Google employees stay inside offices with free cafeterias, then go home at night, Wolff said.

“It’s so attractive that it creates a cocoon around those employees,” she said.

Google has tried to stay active in community groups, helping it stay ahead of complaints and showing local leaders that it’s at least listening to their concerns. The company has provided public internet in a Chelsea park, and helped rescue an 80-year-old mural when the bank it was located in was slated for demolition.

When Google bought the Chelsea Market building -- a food hall, shopping mall, office building and television production facility -- it inherited a commitment from the previous owner to pay for a computer center at the Fulton Houses, a public housing development around the corner. Google has donated Thanksgiving turkeys and clothing for the residents, said Fulton Houses Tenants Association president Miguel Acevedo, who has lived in Chelsea for decades.

Google could do more to hire locals, Acevedo said. Of the hundreds of Fulton Houses residents, a quarter are unemployed, but only three or four work at Google. For starters, the company could require the contractors it pays for catering and security to hire more Chelsea residents, he said.

“Gentrification is something that’s been a part of the Chelsea neighborhood for better or worse well before we got here,” said William Floyd, a Chelsea resident who runs Google’s public policy team focused on state and city governments in the U.S. “That said, we know that it’s an issue we can possibly be helpful with.”

--With assistance from Nic Querolo.

To contact the reporters on this story: Gerrit De Vynck in New York at [email protected];