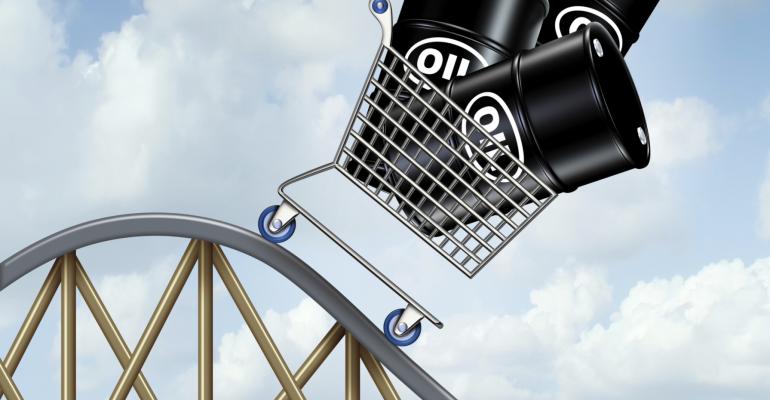 How the Drop in Oil Prices is Affecting Commercial Real Estate

This was good news for consumers, but it dealt a devastating blow to energy industry employment, with 350,000 workers laid off worldwide. Of those, 217,000 were in the United States, according to a University of Houston (UH) study.  Additionally, 44,000 Canadian energy workers have lost their jobs over the last two years, according to the Canadian Association of Petroleum Producers (CAPP).

Using the 2.5 economic impact multiplier of CAPP and Enform, the industry’s safety association, direct and indirect job losses associated with the drop in oil prices would amount to 542,500 in the United States and 110,000 in Canada.

Peter Muoio, executive vice president and chief economist at the online real estate marketplace Ten-X, explains that the declines in energy prices and jobs also has had a major impact on hotel stays and the oil-related financial sector in cities affected by massive layoffs, as well as industrial occupancy in some states with a heavy dependence on oil.

For example, industrial real estate in Houston, Dallas and Fort Worth experienced drops in occupancies as a result of oil companies cutting capital expenditures, which caused a slowdown in oil-field equipment manufacturing.

The decline in energy-related employment took the greatest toll on the office sector in Houston and Calgary, Canada, according to JLL’s Denver-based Senior Vice President Lindsay Brown, who specializes in representation of oil and gas tenants. He says that Houston has about 11 million sq. ft. of empty office space and Edmonton, Canada, has about 6 million sq. ft. resulting from the cutbacks.

The glut of unoccupied office space was compounded in these two markets as new deliveries of space have come at a time when demand has drastically fallen off, he explains. In many cases, construction of these projects had started during the oil boom prior to 2015.

Brown points out that the office markets in Houston and Calgary have weathered the storm in part due to strong demand from government and healthcare sectors and growing tech sectors. That’s offset the drop in demand from the energy side. Additionally, very few energy-related companies vacating office space reneged on their leases, and companies that were struggling worked lease restructures with landlords. Consequently, the biggest impact on landlord revenues has been the loss of parking fees rather than any drops in rental income. However, the deluge of sublet space in these markets is competing with direct office leasing, he says, noting that while asking rates remain flat, sublet space is leasing at about half price.

“The worst of the hit is over,” contends Muoio, noting that the energy industry is starting to recover: production is picking up and companies are hiring contract workers. “When things were rock ’n’ rolling, energy companies developed fat, but are now operating in a leaner way,” he says, explaining that energy companies have adopted new technologies, industry-wide standard practices and other efficiencies that reduced production costs.  Operating efficiencies have enabled energy producers to make a profit at today’s oil price of $53.09 per barrel, compared to over $100 per barrel a few years ago, Muoio adds.

Meanwhile, many laid-off oil workers have moved on to other industries, just as construction workers did during the recession, and older workers are beginning to retire, says Brown, noting that the industry is now worried about a shortage in skilled workers.

A UH survey of 720 laid-off oil workers found that one in four have found jobs in other industries, and many more say they may follow and leave for good. Principal investigator Christiane Spitzmuller said in a Houston Chronicle report, this means that oil and gas companies may face labor shortages as oil prices rise, slowing the pace of drilling, as well as recovery of the energy industry and regional economies, like Houston.

Brown predicts that to attract talent oil companies will either move their headquarters or establish regional headquarters in cities attractive to millennials. This is because of a shift in the way today’s young professionals view the world, he notes, pointing out unlike previous generations of college grads who moved where the jobs were, millennials move to where they want to live and then find a job. According to Forbes, the 10 top cities most attractive to millennials are: Cambridge, Mass.; Arlington and Alexandria, Va.; San Francisco; Ann Arbor, Mich.; Minneapolis; Seattle; Denver; Washington, D.C.; and Austin.