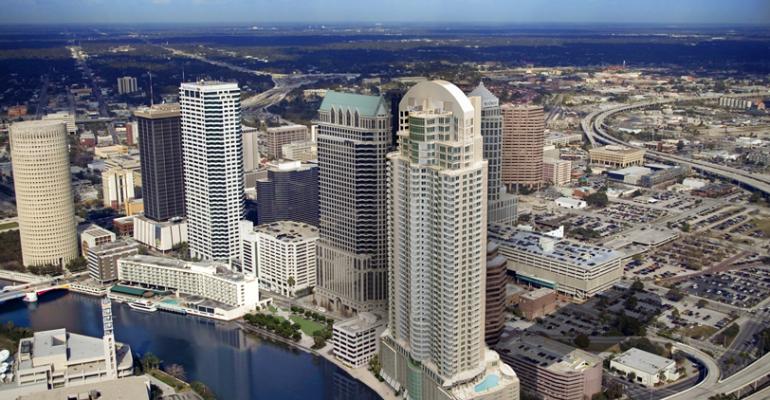 Institutional investors are increasingly moving away from primary office markets and targeting secondary cities, according to industry experts.

“Essentially, cap rates aren’t favorable at this point, at least on aggregate, in most primary markets. So, they have less yield to chase; it’s just not really favorable from an investment side,” says Phil Ryan, research manager at real estate services firm JLL. “Per-square-foot pricing has really risen and in a lot of cases decoupled from the actual leasing market.”

National cap rates in the primary office markets have been averaging around 8.1 percent since 2015, dropping from the recession era high of 10.5 percent in 2009.

Rising levels of foreign investment in primary markets are also driving institutional investors to secondary markets. Due to office buildings in primary markets being deemed as a safe investment, foreigners are pouring cash into these properties with the intention of holding them long-term. As a result, many properties are taken off the market at a high price for long durations, lowering the ceiling on an already limited supply. Primary office markets investments accounted for 81 percent of foreign investment volume in the first quarter of 2019, according to JLL.

“It’s not so much just pushing up pricing, it’s also more so that there’s only a limited supply of trophy buildings within an urban core, and you only have so many that could trade in a cycle,” says Ryan. “If you start taking them out, in particular for the longer term, you run out of properties for investors to even put cash towards. If there’s nowhere to deploy that capital, you have to start looking at alternative avenues.”

Institutional investors are targeting secondary and tertiary markets with burgeoning high-value job sectors, such as the health insurance scene in Nashville, Tenn., life sciences in Raleigh, N.C., finance in Charlotte, N.C. and tech in Denver or Austin, according to Ryan.

Post-recession supply dynamics are also creating a favorable environment for investors in markets such as Orlando and Tampa, Fla., according to Ryan. Since much of the post-2010 commercial development occurred in primary metros, less new supply has been added in several of these smaller markets. As a result, some businesses are building new offices, while others are renting existing space, driving down vacancies and lifting rents.

“Very strong fundamentals in a metro like Nashville, for example, are attracting much more institutional capital than in the past,” says Ian Anderson, director of research and analysis at commercial real estate services firm CBRE. “With a large amount of both domestic and foreign capital targeting U.S. commercial real estate, as well as low yields in many primary and secondary markets, we could see growth in other capital sources targeting more tertiary markets in the future, especially those with well-educated, growing labor pools.”

Since 2016, 50 percent of new jobs were added in tertiary office markets, according to brokerage firm Marcus & Millichap.

“Many tertiary markets in the Sun Belt region do have fast-growing populations, allowing employers to tap into a growing labor pool,” says Anderson. “Because of this, some of these markets ranked among the top metros for employment growth in recent months.”

But employment growth does not necessarily translate to office expansion. Despite low unemployment, landlords are concerned about future growth prospects due to talent shortages.

“On the landlord side, it’s becoming increasingly difficult to fill available blocks,” says Ryan. “There’s less future demand for space because there’s simply no one to occupy that extra space. The labor force, both locally and nationally, isn’t growing nearly enough to compensate for the rate of employment growth.”

“It’s occurring everywhere in order to offset increasing construction costs. Tertiary markets are affected the least by this,” he notes. “In either case, expect through 2020, asking rents will still see positive growth before hitting equilibrium and correcting.”