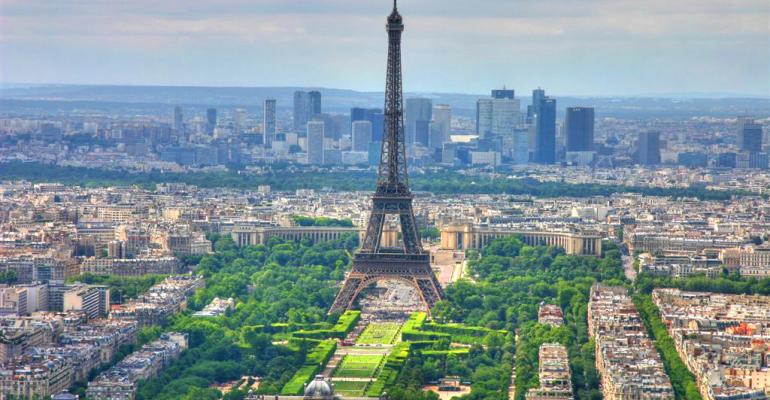 Paris is among several European cities that are competing to be a post-Brexit financial hub on the continent.

(Bloomberg) -- JPMorgan Chase & Co. is buying the former BNP Paribas SA offices in central Paris with space to house as many as 450 employees, as banks seek to bolster their footprint in the European Union after Brexit.

JPMorgan, which currently has 260 staff in the city, is taking over the seven-story building a short walk from the Louvre museum, it said on Sunday without disclosing a price. The offices are set to open by the end of the year.

Global banks that base their European operations in London are at risk of losing access to the European Union as British Prime Minister Boris Johnson threatens to use Brexit as an opportunity to break free from what he sees as the bloc’s restrictive rules. But officials in Brussels have warned that the more Britain diverges, the less access it will enjoy to the single market.

London’s financial firms are particularly vulnerable because they will no longer have a passport to offer their services across the bloc. Instead, access will depend on the EU being satisfied that U.K. rules are equivalent to its own.

Paris is among several European cities that are competing to be a post-Brexit financial hub on the continent. The JPMorgan office purchase was announced on the eve of “Choose France,” an event hosted by President Emmanuel Macron, for almost 150 foreign and French chief executives at the Versailles Palace.

Macron has attempted to lure more investors to France ever since his time as an economy minister in 2014, via taxes, visas, benchmark indexes and bilingual schools.

“Following numerous government reforms and with the intrinsic quality of the infrastructure in Paris, there is no better time to be investing here and for more of our staff to make it their home,” said Kyril Courboin, head of JPMorgan’s French business.

Barclays Plc, Goldman Sachs Group Inc. and Bank of America Corp. are among those preparing for the worst-case Brexit scenario by building offices in cities including Dublin, Paris and Frankfurt over the last three years. However, the world’s biggest investment banks have so far moved few executives and very little trading business out of the U.K. JPMorgan has about 17,000 employees in the U.K. and 2,000 in the rest of Europe, a spokesman said.

European Commission President Ursula von der Leyen has taken a tough stance toward Britain, making clear that “all will change” in the City of London’s relationship with the EU. Britain is set to officially withdraw from the EU by Jan. 31. Financial firms have been lobbying for rules that still allow them to serve clients in Europe from their London operations.

--With assistance from Ania Nussbaum.

To contact the reporter on this story:
Rudy Ruitenberg in Paris at [email protected]