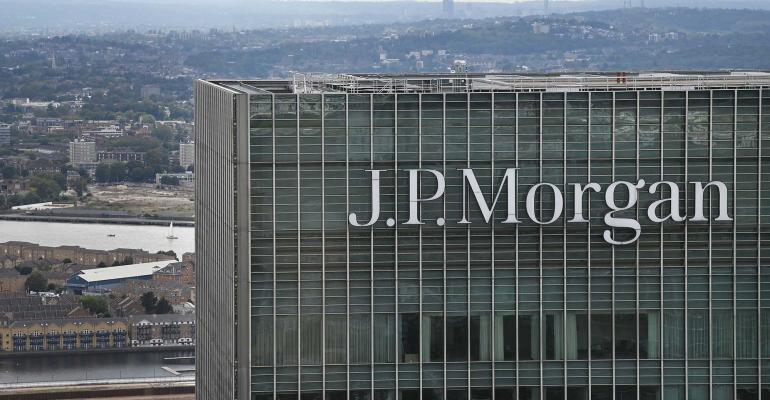 The U.S. bank has requested that 50 percent of dealmakers be in New York and London offices on any given day.

The U.S. bank has requested that 50% of its dealmakers be in the office on a given workday, up from 25% previously. The increased presence started Monday in London and Tuesday in New York with bankers working from home or the office on alternating weeks.

Citigroup Inc. and Deutsche Bank AG are also boosting the number of employees returning to their London offices.

Despite increasing numbers of bankers returning to their desks, the Bank of England isn’t expecting normal office life to return anytime soon.

“It’s actually not possible to bring lots of people back very suddenly,” Alex Brazier, executive director of financial stability at the central bank, said at a parliamentary hearing last week. Safely distancing on public transport is one issue while distancing guidelines mean office space can’t be used as intensely.

“We should expect a more phased return depending on the public health outcomes we see over the coming weeks and months,” he said.

Such constraints mean the precise nature of the future working environment remains an open question even as some signs of normality return. In London, the number of cars, pedestrians and cyclists counted in the capital between Aug. 24 and Aug. 30 were back at pre-lockdown levels according to experimental data from the Office for National Statistics.

Here’s a variety of approaches that companies across the finance industry have announced.

JPMorgan Chase & Co.: The Wall Street firm has asked half of its investment bankers to come into its London and New York offices each day under a rotation program. They will work from the office for one week at a time before swapping over. Daniel Pinto, chief executive officer of the corporate and investment bank, said in a June interview he envisioned JPMorgan’s staff working in rotations with about a third logged on remotely at any time -- although it’s unlikely anyone will always work remotely.

Goldman Sachs Group Inc.: The investment bank has sent invitations to hundreds of senior staff to return to its London offices in recent weeks. The firm is offering staff incentives such as free food, protective gear and access to on-site nursery, although the return to the office is voluntary, Financial News reported Aug. 27. “We continue to take a people first approach and stay consistent with U.K. government guidelines,” a spokesman said in a statement.

Bank of New York Mellon Corp.: BNY Mellon has told the majority of its employees to continue working remotely for the rest of the year, postponing previous plans to have some staff return in September. About 96% of the bank’s roughly 48,000 employees have been working remotely since March. They’ll continue to do so until at least January, a spokeswoman confirmed Aug. 26.

Citigroup Inc.: After bringing about 5% of employees back to its New York headquarters earlier this summer, Citigroup delayed similar plans for workers in U.S. states that have seen a resurgence in cases, including Texas and Florida.

More recently, the firm told its employees in North America that top executives will view data on local transmission rates after the Labor Day holiday in September to determine plans for reopening offices. And Citigroup’s Europe markets chief Leonardo Arduini hosted an online town hall with staff last week where he outlined plans for more workers to return to the bank’s Canary Wharf premises, especially in sales and trading, from Sept. 7.

Barclays Plc: The British lender has about 69,000 staff working remotely until at least the end of September. The bank plans to inform them individually when to come back, with return dates likely to span several months from October. “It’s important to get people back together in physical concentrations,” CEO Jes Staley said in a Bloomberg Television interview in July, although he emphasized health and safety concerns would be paramount and didn’t set a timetable.

Deutsche Bank AG: About a fifth of its London employees were invited back to the office this week, Financial News reported, up from 10% previously. The proportion of the German lender’s investment bankers who’ve returned to the office is far higher.

Bank of America Corp.: The second-biggest U.S. lender will start bringing employees back to offices in phases after the Labor Day holiday Sept. 7, providing staff with 30 days’ notice. The process will probably be limited at first, and consistent with the bank’s cautious approach. The moves will vary by role, department and location. Business travel is banned through Sept. 7 unless approved by a member of the top management team, while in-person events are also restricted internally and externally.

DBS Group Holdings Ltd.: Singapore’s largest bank said about 70% of its local employees work from home. “While remote working has not affected short-term productivity, its long-term impact on customer journeys, experimentation and innovation is less clear. In addition, it is important to establish the impact of remote working on psychology and culture. We continue to work through what is the new optimal,” a spokesperson said in an emailed reply to questions.

Oversea-Chinese Banking Corp.: Singapore’s second-biggest lender doesn’t have a targeted percentage ratio of how many staff should work in the office, its corporate security head Francisco John Celio said. Currently just under 60% of its employees work from the office. This number came from assessing the services, job functions and processes required to support business and consumer activities, the environmental risk due to Covid-19 and individual staff concerns such as medical or family circumstances, he said.

NatWest Group Plc: The U.K. lender said in July that 80% of its staff will continue to work remotely until 2021, extending its previous guidance that workers would be home until September. The decision affects about 50,000 people.

Schroders Plc: The London-based asset manager said in August it has “embraced flexible working permanently.” The change will make it easier for its workforce of nearly 5,000 to stay home when they need to, and will see less stringent requirements on the amount of time they need to be in the office or logged on to work systems, a company spokesman said. The change applies to all staff worldwide, but depends on their job responsibilities.

Metro Bank Plc: After a survey of staff revealed that just 4% of those currently working from home want a return to the office full time, the bank is planning to allow staff to work above some branches.

“Alongside increased working from home, we envision back office colleagues working a couple of days a week in varied locations above our stores for the longer-term,” CEO Daniel Frumkin said in a statement. “We need to spend a little bit of money redesigning some of the space so it’s fit for purpose, for example with hot desking and collaboration spaces.” The lender isn’t expecting to return any of its workers to the office until next year.

Standard Life Aberdeen Plc: The Edinburgh-based firm said that while it plans to allow a small number of colleagues to return to the office in the coming months, the majority will continue to work from home until at least the end of the year.

IG Group Holdings Plc: Staff won’t need to return to the office until next year, according to an Aug. 26 memo from the trading platform’s chief operating officer Jon Noble. The company will review this decision in early 2021. Those who return will encounter one-way systems and fewer desks and meeting rooms. “You should expect that it will look and feel different,” wrote Noble.