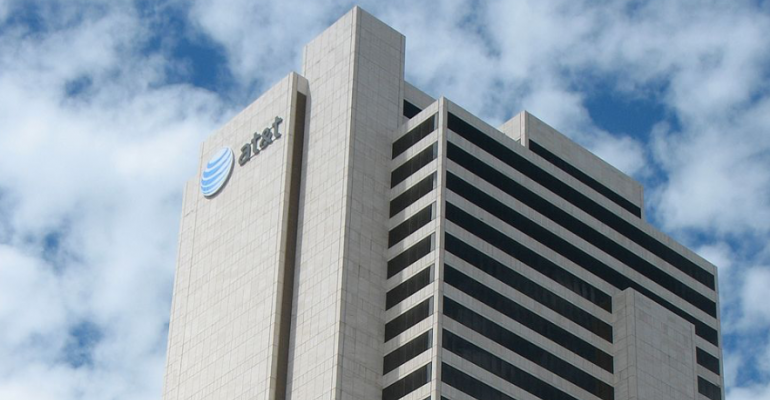 A group of Korean investors has bought a stake in AT&T’s global headquarters.

(Bloomberg)—A group of Korean institutional buyers has acquired a majority stake in AT&T Inc.’s global headquarters in Dallas, according to a person with knowledge of the deal.

The deal price and size of the stake weren’t disclosed, but the entire building, One AT&T Plaza, is valued at about $250 million, the person said, asking not to be named because the matter is private. The buyers within the Korean consortium also weren’t disclosed.

The 37-story tower, built in 1983, has been the global headquarters for AT&T since 2008. It is centered in AT&T’s downtown campus, which includes seven office and parking buildings over five blocks. CBRE Group Inc. represented the seller, Woods Capital Management LLC, on the deal.

One AT&T Plaza is fully leased by the telecommunications giant through the end of 2031, with no termination options. The building houses about 3,000 employees of AT&T, which is investing about $100 million to renovate its entire downtown campus.

Foreign investors are increasingly turning to U.S. second-tier markets, where yield prospects are more attractive than in costly coastal areas such as New York and San Francisco. Dallas is one of the most popular secondary markets for foreign capital in the U.S., with $5 billion invested in development in the central business district since 2010, according to CBRE.

To contact the reporter on this story: Natalie Wong in Toronto at nwong133@bloomberg.net.

To contact the editors responsible for this story: Rob Urban at robprag@bloomberg.net