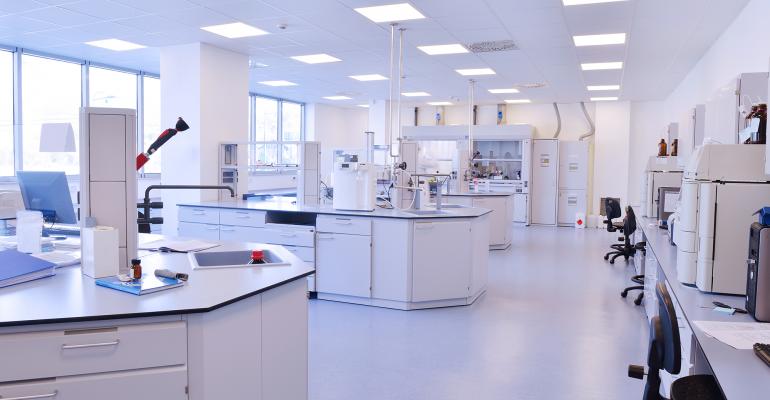 Life Sciences Space Continues to Be in High Demand, with Low Vacancies and Rising Rents

Expansion in medical research around DNA is driving growth in the biotech sector and boosting demand for life science space.

Advances in technology over the last decade changed the way medical scientists work, first modeling their theories or ideas on computers before taking them to the bench, according to Steve Purpura, vice chairman of the Boston consulting practice and lead/director of the life sciences practice group with real estate services firm CBRE. As a result, the allocation of lab space in research facilities decreased from a 50:50 office to lab ratio a few years ago to 60:40 today, he notes.

This trend is likely to continue, according to Roger Humphrey, executive managing director and leader of the life sciences group with real estate services firm JLL. Commenting on JLL’s “Journey to the Next Gen Lab,” a report citing a trend toward greater agility in research space design, he noted that wet lab space in research facilities is shrinking, while flex and office space for computational science is growing as scientists spend more time analyzing data. The report shows that flexibility in lab space design and location is required to allow sudden shifts in research priorities and access to talent.

But aggregated demand for highly sophisticated lab space and cutting-edge pharmaceutical production facilities has exploded with expansion of the industry into personalized medicine and increased capital flowing to life science research and development. According to the most recent CBRE life science report, venture capital investments in life science are up 53 percent compared to 10 years ago.

The report also notes that vacancy for lab space ranged from 4.1 percent in the Boston-Cambridge market and 2.0 percent in the San Francisco Bay Area to 6.4 percent in San Diego at year-end 2018.

The advent of personalized medicine has spawned a subset of life science industry incubators and early-stage companies focused on developing and manufacturing “small batch” pharmaceuticals, adding pressure to the demand for lab space within or nearby life science clusters, according to Frank Petz, managing director of JLL’s Boston-based capital markets group.

As a result, core life science markets—Boston-Cambridge, San Francisco, San Diego, the Raleigh-Durham Research Triangle and Seattle—are enjoying construction booms and growth in rents, which have escalated more than 50 percent over the last three years, according to the CBRE report.

The boom in funding has also increased competition and furthered the talent war between life science companies. “The cost of rent is low on the list of their concerns,” says Petz. “It’s all about talent.”

According to the CBRE report, life science employment soared 23.5 percent to nearly 1.7 million workers between 2001 and 2016, compared to 10.2 percent for overall U.S. employment. Additionally, the rapid pace of technological advancement in the life science sector generated a 26 percent surge in biotech jobs between 2013 and 2016.

Urban markets with premiere universities and teaching hospitals, such as Philadelphia and New York City, have growing life science clusters because they offer the largest STEM talent pools, according to Purpura. While developers are replacing obsolete buildings in these markets with 10-story research facilities, office and industrial buildings in suburban markets, specifically San Diego and Raleigh-Durham, are being converted to lab space.

Petz notes, however, that candidates for conversions to lab space must have 13- to 15-foot ceiling height, reliable power and floor and roof structures capable of supporting a heavy load of mechanical systems.

Humphrey also stresses the need to build flexibility into research space, so scientists can easily reconfigure workspaces to accommodate different types of research and facilitate collaboration with colleagues.

Mobile benches and unassigned workspaces, for example, allow for fast changes in personnel and type of work performed, he notes. In addition, hanging retractable electrical cords from the ceiling, so users aren’t limited to placing equipment against walls, and hiding technical infrastructure behind facades can allow easy movement of people and equipment.