The San Francisco Bay area, including Silicon Valley, would remain among the strongest office markets in the nation because it has a global, diversified economy; the strongest high-tech base in the world; and a large pool of highly educated talent, notes Pontius. The Bay Area is known for its world-class universities, including UC San Francisco and UC Berkley and a start-up-friendly environment. While San Francisco has one of highest costs of living in the nation, the preponderance of high-paying jobs in technology, finance and other industries continues to attract educated talent, as 44 percent of adults hold a bachelor's degree or higher. It is also home to seven Fortune 500 companies, one of nation's two leading life science and biotech clusters and is a leading recipient of venture capital funding. While demand for office space continues to increase, high barriers to entry and lack of space to build on have limited new development over the last 10 years, resulting in a good supply-demand balance and continued rent growth, Pontius adds.

The City of Angels is a dynamic market, with a diversity of industries that provide good-paying jobs, including technology, entertainment, aerospace, professional services, international trade and finance. It is also a gateway to Asian markets, with two of the nation's largest ports of entry. With a number of state and private universities and colleges, including UCLA and USC, Los Angeles features one of the largest and best educated talent pools in the nation. The city’s office market is expected to remain resilient in a downturn due to a healthy supply/demand balance. Only about 3.2 million sq. ft. of new product is under construction and absorption remains strong, with 2.7 million sq. ft. absorbed in the third quarter of 2019 alone, reports JLL.

While the Mid-Manhattan office market is feeling some pain due to a significant amount of new construction in recent years, the city's strong financial, media and growing technology and life science sectors should keep the economy afloat in a recession. The Big Apple is home to 65 Fortune 500 companies and one of the deepest, most diverse talent pools in the world. Kraut notes that approximately 70 percent of the city's office buildings are long-term, generational holds. The New York office market has had sustainable rent growth of approximately 4.0 percent since 1942, and during the last two recessions only a limited number of office assets were sold, as there is the perception that New York City will always come back, Kraut says.

Seattle's economy is a mix of old industrial and established high-tech industries. It is also a hotbed for start-up businesses, especially in green building and clean technologies. The Seattle–Tacoma International Airport is a major gateway for trade with Asia, and the city’s seaport is eighth internationally for container capacity. The region boasts five universities, including the University of Washington, and a large, highly educated talent pool. Seattle is home to five Fortune 500 companies, including Amazon and Microsoft. The city’s office market is bolstered by a strong tech base, limited new development, high barriers to entry and growing demand, notes Pontius.

The District of Columbia has a diverse, knowledge-based economy. With 31 major universities, it has one of the most educated and talented workforces in the nation. The Economist named Washington, D.C. the Most Livable City in the Nation, and it is a U.S. News & World Report Best Place to Live. The region is number one for affordability in combined housing and transportation costs, according to a George Washington University report, and 64 percent of residents own their homes. There is a broad base of office tenants that provide good-paying jobs, as Washington is home to 15 Fortune 500 companies, as well as federal government offices. The Washington, D.C. metro will also soon be home to Amazon HQ2, which is expected to create thousands of new jobs and attract lots of new office tenants. This office market was not overbuilt during this cycle, notes Barkham. Therefore, it should remain fairly stable in a downturn or recession. Of the 1.5 million sq. ft. of new space in the pipeline for Washington CBD, 73 percent is pre-leased, reports JLL.

Boston boasts a plethora of colleges and universities, including Harvard, MIT and Tufts, and remains an international center of higher education for law, medicine, engineering, technology and business. Boston is one of the world’s leading cities for innovation, entrepreneurship and start-ups and attracts more venture capital any other U.S. market. The region's economic drivers include life sciences and biotech, high tech, finance, healthcare and government services. The city's office market fundamentals remain strong, and Pontius says it would weather a recession well despite a recent increase in new office construction. Boston’s metro-wide office pipeline doubled to 6.6 million sq. ft. since the end of 2018. However, there is no concern about over-supply, because severe supply constraints for large blocks of space in the Boston and Cambridge markets will persist through 2020, and 91 percent of new space is pre-leased, according to a JLL report.

Atlanta is attracting young, educated talent; a highly skilled labor force; and relocation of businesses due to its mild climate, great quality of life and relatively low cost of living. The largest metro in the Southeast, Atlanta has a thriving diverse economy, with strong job and population growth. In-migration of corporate headquarters is driving the city’s office market, notes Barkham. Atlanta is home to 16 Fortune 500 companies, 26 Fortune 1000 companies and a Global 500 company. The city is attractive to corporate businesses due to its strategic location; major international airport—the busiest in the nation; and a business-friendly environment that includes state-provided business incentives, such as job-tax credits, tax exemptions, development funds and a low corporate tax rate.

The Dallas-Fort Worth area features a diverse economy that continues to thrive due to both in-migration and expansion of major companies in the region. Dallas' mild climate, relatively low cost of living, and low-tax environment is attracting businesses, particularly from California. The DFW region is currently home to 24 Fortune 500 companies and many large corporate headquarters, including Toyota, State Farm and Liberty Mutual. With job growth of 4.5 percent annually, more than double the national average, the region is attracting educated talent and a highly skilled labor force; approximately 350 new residents arrived every day over the last year alone. While this market has experienced considerable new office development, high demand and absorption have kept supply-demand in balance, notes Barkham. Currently, 5.9 million sq. ft. of new space is under construction, but absorption exceeds new supply, reports JLL.

The Windy City offers a high quality of life with a vibrant downtown, variety of cultural amenities, a relatively low cost of living and numerous universities and colleges. Chicago boasts a highly educated workforce, great infrastructure and is a growing tech hub—major tech companies, including Salesforce, Google and Uber, have doubled their footprints here. Chicago's broad base of office tenants is the office market's greatest strength, notes Barkham, as no single industry dominates. Additionally, office rents are one-third to one-half of what they are in core markets like San Francisco and New York. While this market is one of the most active for office construction nationally with nearly 7.6 million sq. ft. of new office space under development, absorption continues to outpace demand, reports JLL. 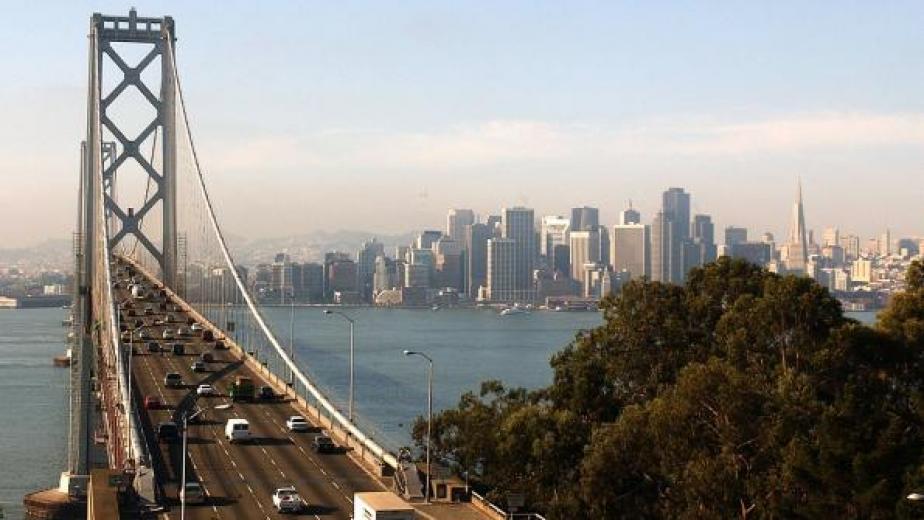