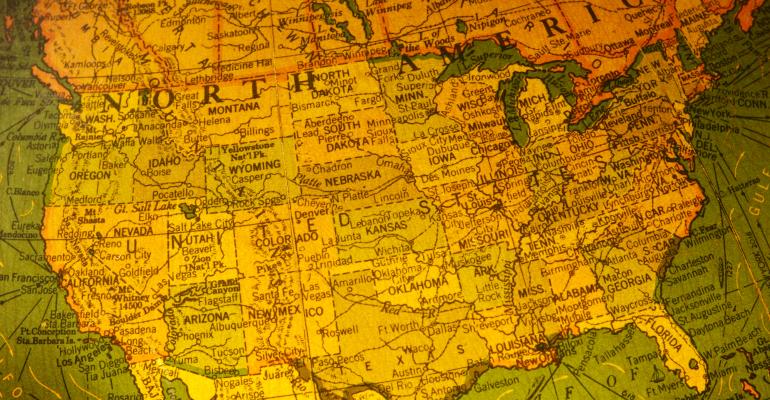 Due to rapid growth, the Southeast is emerging as an economic powerhouse with a diversifying base.

With two international gateway markets in Atlanta and Miami—together accounting for more than 50 percent of the region’s international commercial real estate investment—and strong growth and educated workforces in smaller cities such as Charlotte, Tampa and Nashville, the Southeast region would form the sixth largest country in the world with a growth rate that would exceed any in the top five.

The Southeast boasts an industrial expansion fueled by both import and export activity, as well as increases in manufacturing employment and activity. Overall industrial vacancy is at a record low for the region. Atlanta, Orlando and Memphis provide strategic locations for e-commerce users, and Memphis has seen an excessive amount of distribution activity relative to the market’s size. The region benefits from port markets such as Savannah, Miami and Charleston as well, and industrial health will continue to strengthen with the widening of the Panama Canal.

The increase in population and employment growth, coupled with strong market conditions, could prompt an office construction boom throughout the region. Nashville in particular has accounted for one third of all office space constructed in the Southeast over the last two years, with 3.5 million more sq. ft. projected over the next two years. Additional construction in Nashville and throughout the Southeast could mitigate the leverage currently held by landlords, who have been able to lift rates consistently. In 2016, every market in the Southeast hit record highs for office asking rent, which rose by more than 10 percent, though the region still provides a great value compared to other U.S. regions.

Retail has followed the trend, with vacancies hovering near historic lows and asking rents near historic highs. Despite the increase in e-commerce, retail development is expected to continue, though it will be at a more conservative pace than pre-recession levels of construction. Markets with the largest amount of new retail development expected are Atlanta, Orlando and Tampa.

Atlanta and Orlando, along with Miami, are also poised for the most hotel development in the Southeast. With six consecutive years of U.S. economic growth, leisure and business travel have increased, stabilizing hotel performance. The revamp of leisure travel in Florida and along the coastal markets and business travel in Atlanta, Charlotte, Nashville, Miami and Orlando has increased the hotel demand.

Multifamily supply has caught up to the population surge in the Southeast, with deliveries outpacing absorption in 2016 for the first time since the recession. However, with 48 percent of the country’s net migration flocking to the Southeast, there is still a high amount of activity and interest in urban multifamily assets.