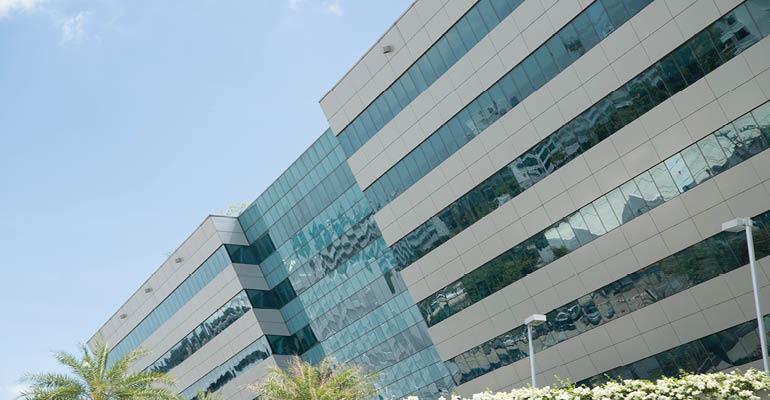 Suburban Office Markets Can Be a Good Bet, But Investors Should Be Careful

Investment sales volume for office assets in the suburbs is now outpacing sales in central business districts (CBDs), according to David Bitner, vice president in charge of capital markets research with real estate services firm Cushman & Wakefield. He notes that in 2017, investment sales volume in CBDs dropped 23 percent from the previous year, while suburban sales volume rose by 2 percent.

The New York metro led the drop in urban sales volume with a 37 percent decline, which Bitner attributes to fewer assets on the market and high pricing. He notes that some buildings had already traded two or three times during the current cycle, and an abundance of liquidity in the market allowed trophy asset owners to refinance rather than sell.

In addition, many institutional investors became wary about asset pricing due to the willingness of aggressive investors, including foreign players, to pay top dollar, making it hard to compete on bids.

“Investment activity continues in the suburban office market, and yields are liable to be as good or better than CBD markets,” Bitner notes. “People tend to forget that 70 percent of office inventory nationally is in the suburbs, because more people live and work in the suburbs than in urban centers.”

According to the U.S. Census Bureau, 54 percent of the U.S. population lives in the suburbs. If low-density areas of major cities that qualify as suburban are counted, Bitner notes, the percentage of people living in the suburbs is much higher.

As a result, suburban office will remain attractive, especially in high cost-of-living markets like the Bay Area, where suburban housing is much more affordable than in San Francisco, he says, adding that people prefer to avoid long commutes when possible.

While foreign investors are still focused primarily on the core urban markets, Bitner says, they are “getting wise to the fact that the majority of the U.S. population and jobs are in suburbs.” He points out, for example, that office space in major cities like Los Angeles and Houston is spread across a large area, not concentrated in downtown.

And while investors place a premium on mass transit access, he contends that, in reality, the value of mass transit is often overstated, as it is a secondary modicum of conveyance to the car, especially in the suburbs. Bitner says that in the Southeast and the Southwest city planning is less adaptable to mass transit, so these will continue to be car markets.

When considering a suburban market’s potential for investment, location near retail amenities is especially important. Amenity-rich, walkable suburban pockets, like Palo Alto and Santana Row in the Bay Area, are popular with investors because they are attractive to tenants, Bitner adds. “But I think they shouldn’t discount the potential of office assets within a five-minute Uber ride of amenities.”

To differentiate assets outside a reasonable walk to retail amenities, he suggests finding ways to add on-site amenities, such as bringing in food trucks and/or providing shuttle service. He notes that when faced with the need to expand parking, a New Jersey township realized it was a less expensive solution to pay Uber to transport building occupants to mass transit or their residence than build more parking.

Overall, rising population and growth in jobs and wealth are primary considerations when selecting a suburban office market for investment, Bitner suggests. “Choose places where young families are settling, not retirement communities.

Expanding job growth is creating office demand in suburban submarkets that have never recovered from the recession. Suburban markets in the District of Columbia metropolitan area, for example, are showing signs of a comeback, according to Gerry Trainor, executive vice president for DC capital markets with real estate services firm Transwestern. He notes that an upswing in performance of two Northern Virginia submarkets, where rent growth is 15 percent, may signal a comeback regionally.

One of the first two suburban office markets to experience rent growth in 10 years, the Reston/Herndon area of Fairfax County has a high concentration of technology firms and demand for office space exceeding availability. Class-B and older office buildings in this area are being replaced with new multifamily and office buildings, Trainor notes, which has created a deficit of affordable office inventory. The other market is Old Town Alexandria, which is popular with tenants because it offers a wealth of retail amenities in a charming, historic setting.

Trainor predicts that office demand will increase in other suburban areas along with job growth over the next five years. “Right now pricing is so cheap in some of these submarkets that it feels like 1993-94,” Trainor says, noting that assets can be acquired for $100 per sq. ft. or less.

A JLL Insights report on emerging D.C. office markets appears to support Trainor’s opinion. It notes that with vacancy declining to 9.8 percent in the D.C. core, rents rose to $50 per sq. ft. overall, and new space is priced in the high-$50s to $60s per sq. ft. range. As a result, developers are repositioning government buildings and targeting private sector tenants willing to pay a premium for location, which is forcing federal agencies to relocate to lower-priced, emerging markets.

Trainor warns that investors in suburban markets must be both selective and patient. “Look for markets with job growth and diminishing supply,” he notes. “If bold enough to take the risk, investors will make a lot of money, but they shouldn’t put all their chips in one basket.”

“Rather than buying six buildings today, buy one every six months for the next three years.”