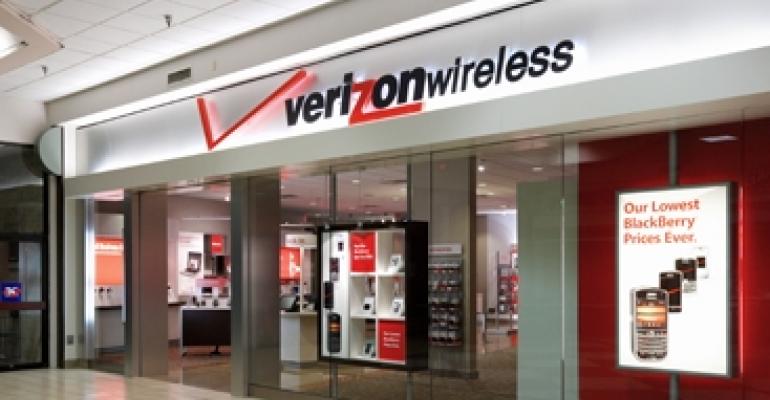 Verizon Dials into Co-Working to Make Use of Obsolete Space

In a pilot program anchored by co-working spaces, Verizon already has transformed four of its urban “telco” buildings.

In resolving what to do with its dwindling footprint within millions of square feet of telecom-equipment space, Verizon could have pursued two tried-and-true real estate strategies: sell the excess space or rent it out.

Instead, the $126 billion telecom titan opted for a third strategy involving at least some of that square footage: spearhead projects featuring retail shops, condos and, most notably, co-working spaces. Whether a project is mixed-use will depend on the location.

In a pilot program anchored by co-working spaces, Verizon already has transformed four of its urban “telco” buildings in the U.S.—buildings that at one time were teeming with telephone operators and brimming with bulky telephone equipment. Another co-working conversion, in Philadelphia, is on the drawing board.

In all, Verizon has identified 150 candidates for conversions in large urban centers in the Northeast, including Boston, New York City, Philadelphia and Washington, D.C., says John Vazquez, senior vice president and global head of real estate at Verizon.

Across the country, Verizon owns about 50 million sq. ft. of telco space at 3,600 properties. As the company gradually upgrades telecom equipment in those buildings from copper wiring to fiber-optic cables, a huge chunk of the space is rendered obsolete, according to Vazquez. The freed-up square footage can then be earmarked for other uses, including co-working.

The co-working component offers Verizon a great way to monetize its real estate, as well as to generate brand visibility, create opportunities for community engagement and gain access to up-and-coming businesses, according to Vazquez. Many of the co-working tenants are start-ups, including some backed by investment arms Verizon Capital and Verizon Ventures.

The co-working approach is “more profitable, quite honestly, than subleasing the space and just giving someone a tenant improvement allowance and collecting rent, and then the space is gone for 10 years and you really get nothing for it except the rent,” Vazquez says.

“I think it’s about embracing the co-working model as an experience. What experience are you trying to cultivate? What experience do you want to see succeed?” Vazquez says. “To me, the economics will work themselves out if you have a good strategy behind it.”

Vazquez expresses confidence in the strategy despite the escalating dominance of New York-based startup WeWork in the U.S. co-working market. He says he doesn’t view WeWork as a competitor, even though it has gobbled up more leased space in the U.S.—5.1 million sq. ft.—than any other office tenant has since 2015, according to research by the CoStar Group, a provider of commercial real estate data and analytics.

The two companies are collaborating with each other, not competing against each other, Vazquez says. Also, WeWork’s and Verizon’s goals are different, he notes, in that WeWork focuses far more on generating revenue from co-working than Verizon does.

“WeWork just happens to be the largest operator in this space. Smaller operators are popping up all over the place and enjoying success,” says Ben Sayles, senior director at HFF, a provider of financial services for the commercial real estate industry.

Sayles says he sees “very little risk” in what he calls the forward-thinking strategy being carried out by Verizon. If nothing else, Verizon is turning “what might otherwise be empty office space into a branding and marketing opportunity,” he notes.

Likewise, Walter Page, director of U.S. research at CoStar, says Verizon and WeWork can coexist in the co-working sector, since “nobody actually has a monopoly in real estate.”

However, Page wonders how the co-working market will hold up during a recession, as the start-up-dependent sector can be more volatile in a rocky economy than the traditional office sector.

Citing a federal estimate that the number of freelancers, temp workers, independent contractors and solopreneurs will rise from 30 percent of the workforce in 2016 to 40 percent five years later, research from commercial real estate services company JLL shows the pipeline of potential demand for U.S. co-working space is expected to keep filling up. But like Page, a 2016 report from JLL notes the sustainability of co-working in an economic downturn “is still unknown.”

For now, Verizon plans to limit its co-working project to the handful of locations already open or in the works in the U.S., along with two overseas sites, according to Vazquez. He says Verizon will proceed at a “deliberate pace” on the co-working model. At the end of this year, the company will evaluate whether to move forward with more co-working locations.

But based on positive response thus far, “I think we’re going to look at accelerating the program in 2018,” Vazquez says.

“We like the model so far, we like the partnerships we have and we’re seeing the benefits of it,” he adds.