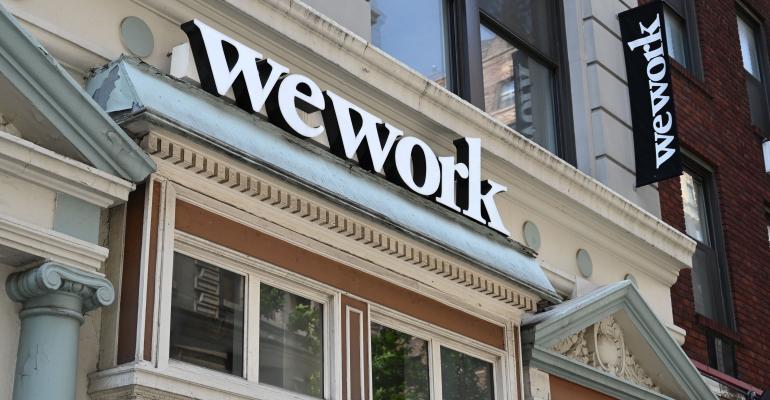 (Bloomberg)—WeWork is in discussions with its biggest landlords globally as the co-working giant aims to slash as much as 30% from its copious load of rent liabilities, according to people with knowledge of the talks.

WeWork Chief Executive Officer Sandeep Mathrani has been contacting the largest owners of buildings in which the New York-based company is a tenant, and pitching solutions including revenue-sharing agreements, the people said, asking not to be identified as the talks are private.

The SoftBank Group Corp.-backed company is selling landlords on the chance to share in its future upside if they agree to convert existing leases to deals that would hand them more of the revenue generated by each property. Early indications are that landlords are reluctant, the people said.

A representative for WeWork declined to comment. The company has previously said it’s pursuing migrating to asset-light strategies such as joint ventures and management agreements.

As of June 30, WeWork was on the hook for at least $47 billion in lease liabilities accrued during its years of venture-backed breakneck expansion, according to public filings. Now, it faces a potential cash crunch as the outbreak of Covid-19 puts pressure on the company to close some locations. WeWork is also offering some tenants discounts to minimize cancellations.

The majority of WeWork’s leases are held by special purpose vehicles that would enable the company to renege on paying rents at individual locations without risk to the parent company. So far, the company has avoided such drastic action as it could hinder WeWork’s ability to lease new space.

As of June 30, WeWork had provided credit support in respect of leases in the form of corporate guarantees of $4.5 billion. The company had $4.4 billion in cash as of Dec. 31.

In its initial public offering prospectus in August, WeWork warned that “any difficulty” in its locations meeting lease obligations “could affect our liquidity”.

To contact the editors responsible for this story: Shelley Robinson at [email protected]
Craig Giammona