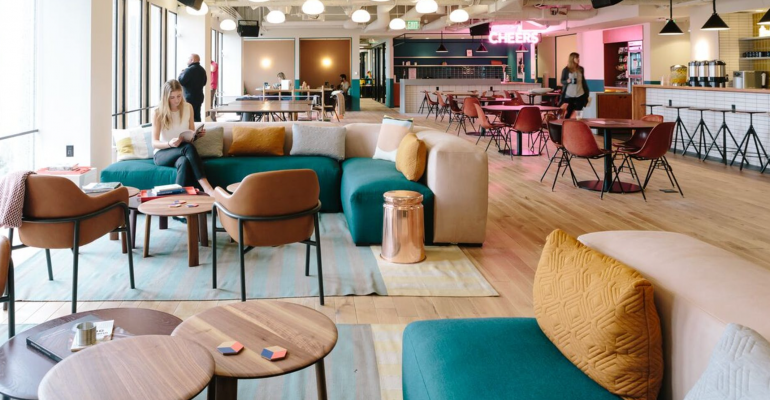 WeWork Investors' Window into U.K. Business Is Obscured by Accounts

(Bloomberg)—WeWork’s main U.K. unit saw losses balloon tenfold last year and revenues nearly double, but these numbers give investors only a partial view of how the company’s doing in one of its largest markets.

WeWork International’s “financial performance is therefore not a representation of the health and profitability of the overall U.K. business,” the spokeswoman said.

Investors have long complained about the opacity of the rental-office giant’s financial information. Even the prospectus for its IPO met with criticism. Triton Research Inc. Chief Executive Officer Rett Wallace dubbed it a “masterpiece of obfuscation.”

The change in WeWork International’s financial reporting came after We Co. disclosed global figures as part of a planned initial public offering that was subsequently postponed. That freed the U.K. holding company from the requirement to publish consolidated accounts, the spokeswoman said.

WeWork International receives revenues as a small percentage of building profits, collected as a management fee, she said. Its costs include marketing, staff and payments to We Co. for support services and intellectual property.

The U.K. is a vital market for WeWork. The company has more than 50 locations in London, including one in Waterloo that the company says is the world’s largest co-working facility. Evaluating its performance in London, where it has been operating since 2014, would provide investors with a better snapshot of how some of its locations fare once they have been up and running for several years.

Still, the company is now required to report separate accounts for three of its largest U.K. locations in London. Revenues at Moor Place in the City of London district, where it opened 3,200 desks in 2015, climbed 4%, with profits excluding staff costs up to 3.7 million pounds. WeWork buildings in London’s Camden and Westminster districts also saw sharp increases in revenue and profits, the filing shows.

To contact the reporters on this story: Jack Sidders in London at [email protected];