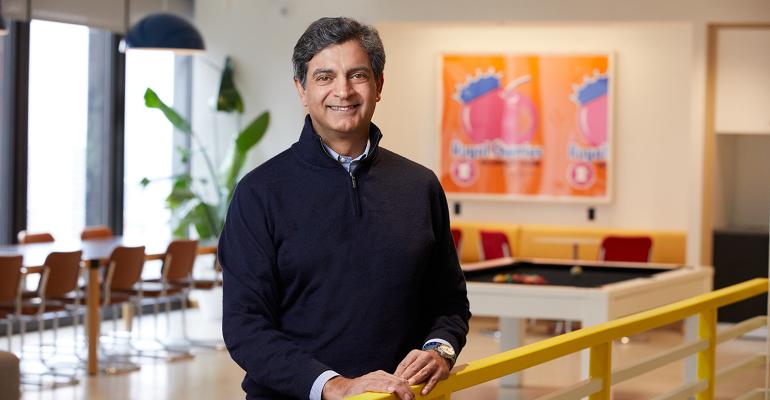 The company plans to revisit plans for an IPO after 2021, according to CEO Sandeep Mathrani.

(Bloomberg)—WeWork is on track to turn profitable in 2021 and will then revisit plans for an initial public offering, Chief Executive Officer Sandeep Mathrani said, a year after the startup’s IPO fiasco prompted the ouster of his predecessor.

The office-sharing startup renegotiated leases, laid off staff and replaced management after Japan’s SoftBank Group Corp. took control. The business is bouncing back “100%” in certain Asian markets, including China, South Korea and Singapore, Mathrani told a small group of reporters in India on Wednesday.

“I’m a big believer in one step at a time so let’s hit profitable growth first, and we’ll then revisit the IPO plan,” Mathrani said over a Zoom video conference call from New York. “Nazar na lag jaye,” he added, a Hindi expression to convey he didn’t want an evil eye cast on WeWork’s turnaround strategy.

When the IPO happens, all of WeWork’s units and franchisees around the world will roll into the parent as per existing agreements, Mathrani said. The startup’s valuation has tumbled more than 90% from its peak of $47 billion.

The India-born Mathrani was brought in to get the controversial co-working startup back on track following the ouster of its flamboyant co-founder Adam Neumann. In his previous role, the new CEO had helped shopping-mall owner General Growth Properties emerge from bankruptcy. At WeWork, he took over just as the coronavirus pandemic led to global lockdowns and client exits from WeWork locations.

Last week, Fitch Ratings lowered WeWork’s credit rating and warned the once high-flying startup could default on its obligations.

Mathrani, however, said the company is on track to hit profitability and produce free cash flow by 2021. WeWork is “100% done with rightsizing” after letting go of over 8,000 employees, about a third of its headcount, leading to a $1 billion in annual savings, he said. He added that a review of WeWork’s global locations is also 75% complete.

“In Q1, we were at 66% occupancy; with the cost cuts that would be where we see cash coming in,” the chief executive said. “We will get to that level by next year.” The billions provided by SoftBank are still in its war chest, he said.

Responding to a question, Mathrani said he frequently speaks to his predecessor, Neumann, who still holds a sizable stake.

“We chitchat twice a month and the conversation is about the business,” the CEO said. “He wants to know what I’m doing.” Talking to Neumann helps “crystallize my own thought process.”

Mathrani said WeWork does not owe Neumann any more money from the $185 million consulting deal SoftBank agreed to pay him as part of his much-criticized exit, Mathrani said

“Our lawyers said we don’t owe him any money,” he said. “It’s between SoftBank, the other investors and him.”