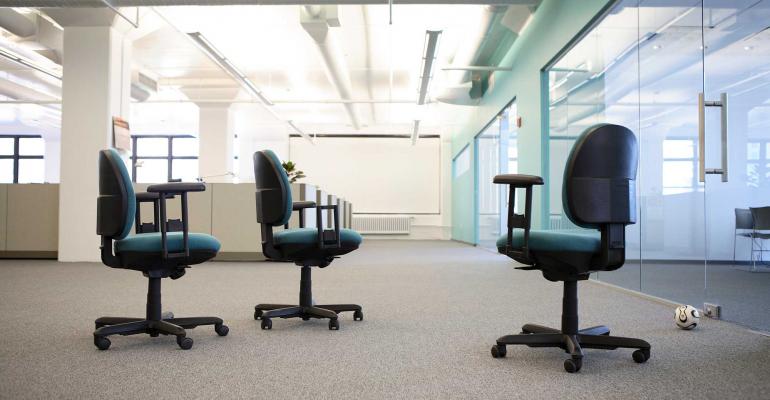 What Concessions Are Office Landlords Offering to Hold Onto Tenants as Demand Falters?

Recent reports have shown office landlords have been more willing to offer tenants additional perks to get them to commit.

Leasing concessions are increasing in the office sector, but how far landlords are willing to go to secure tenants amid a pandemic depends on the office product.

Office lease concessions in the form of free rent and tenant improvement (TI) allowances rose sharply in the second quarter of 2020 as U.S. office demand fell the most since 2009, according to a report from real estate services firm CBRE. Net effective rents for office space dropped by 6.6 percent from the second quarter of last year.

During the second quarter alone, the period of free rent on office leases averaged 10 months, up by 13.7 percent from the first quarter of the year, prior to the pandemic’s peak and widespread stay-at-home orders, according to the CBRE report. Long-term leases on class-A space in New York have seen average free rent increase to 15 months in the second quarter, with TI allowances averaging $115.00 per sq. ft., says Sarah Dreyer, head of Americas research at real estate services firm Savills. For comparison, in the second quarter of 2019 those figured totaled 11.5 months of free rent and $103.00 per sq. ft. in TI.

“I really think traditionally you have two main types [of concessions]. First is rent relief in the form of ‘free rent,’ then the second is…TI, which is, I’d say, changes made to the office space,” says Omar Eltorai, market analyst at real estate data firm Reonomy. “Those are the classic two and those are very much still on the table. I would think that rent relief is the one that’s requested most because that’s the most immediate. However, TIs could also be in play for any sort of health concerns where the landlord or the property owner might need to reconfigure the office so that the tenant feels safer in that space.”

Declines in net effective rents were more severe in the 15 largest office markets than the national average, according to CBRE, due to the COVID-19 crisis affecting big cities more acutely in the initial stages of the pandemic. But not all office markets are seeing a vast increase in concessions for tenants, says Arnold Siegmund, principal at real estate services firm Avison Young who represens landlords in the Raleigh-Durham, N.C. area.

“In our market, which is the triangle Raleigh-Durham Chapel Hill market, we honestly have not had a significant amount of requests for concessions on existing leases since the pandemic,” says Siegmund. “Most of the activity or lack thereof is with delays in decisions from new deals. If those companies had near-term expiration dates, they’ve been getting short-term renewals, one to two years, and those typically include concessions on short-term transactions.”

Leasing activity fell in the Raleigh-Durham area by 56 percent year-over-year in the second quarter of 2020 to reach the lowest level registered since early 2007, according to an Avison Young report. Total U.S. office leasing volume declined by 42 percent from the first quarter to the second quarter of 2020, with at least 10 markets seeing a decline of 45 percent or more, says Dreyer. Markets that saw the most significant declines include Chicago, San Francisco and New York City.

“Though we expect to see some uptick in activity in the third quarter and the fourth quarter, markets will continue to soften in the face of the pandemic downturn,” says Dreyer. “Rising availability presents tenants with more options in the market and a flux of sublease spaces competing with direct [space] will eventually put downward pressure on base rents.”