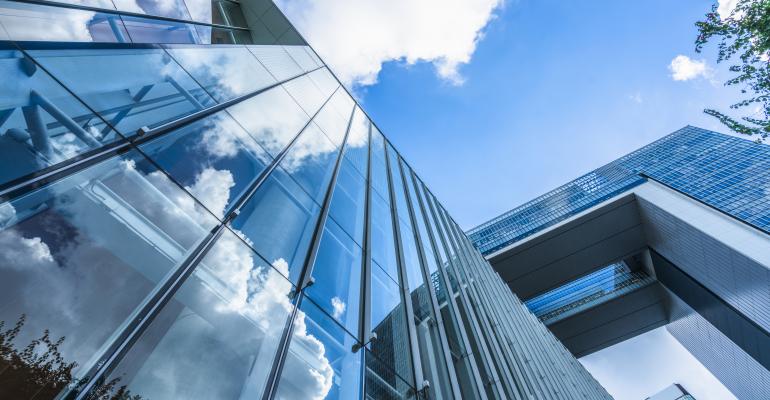 What’s the Outlook for the U.S. Office Market in the Year Ahead?

There might be some headwinds from the political uncertainty and excess supply, but occupancy should remain stable.

With low inflation, steady job growth and strong consumer spending, the U.S. economy will continue to grow in 2020, but at a slower rate of 1.5 percent, compared to 2.0 percent last year, according to CBRE's Real Estate Market Outlook 2020 report.

The uncertainty surrounding the trade ware with China might ease next year with the possibility of a trade truce, says David Bitner, head of Americas capital markets research at real estate services firm Cushman & Wakefield. This may have a positive impact on business spending, which has fallen off in response to the tariffs, he notes.

In addition, the Chinese economy is beginning to show signs of growth, which will have a positive impact on other global economies, including that of the U.S., according to Richard Barkham, real estate economist with CBRE. But the uncertainty around the U.S. presidential election could negatively impact economic growth, with decision-makers delaying spending and investing until after the election, he adds.

However, the coming election and slowing economy will not necessarily affect the office market in 2020, as positive factors still outweigh the negatives, Barkham notes. The CBRE forecast predicts that the technology sector will continue to drive office leasing activity in tech hubs like the Bay Area, Austin, Texas and Salt Lake City.

According to Bitner, “Office performance comes down to jobs and new business formation, and we expect absorption growth, with high expectations in the tech sector.”

Nationally, office supply will likely outstrip demand in 2020, with a slight uptick in vacancy, Bitner notes. But from a historic viewpoint, vacancy levels will remain relatively low.

“Our data shows that office will continue to outperform in primary and secondary markets with strong knowledge and tech sectors or growing demographics,” he says, noting that San Francisco, Boston, Seattle and Austin outperformed other office markets during the first three quarters of 2019, according to data from NCREIF.

Office demand should also remain strong in Sunbelt markets with growing populations, as both office users and manufacturers are relocating or expanding to business-friendly, low-tax cities in the South and Southwest with significant educated talent and skilled labor pools, Bitner adds.

Office transaction volume may get a boost in the coming year from lower interest rates, according to the CBRE report. “We saw a lot of investor dry powder this year, and it takes confidence to get back into the market,” says Barkham, who notes that overall cap rates will likely remain relatively stable, with some downward pressure on office caps in the strongest markets.

The CBRE forecast also suggested greater investor caution and buyer-seller disconnect on pricing in 2020. It predicted continued steady income from office investments, but no significant appreciation on returns.

However, “There's a lot of capital out there, and real estate looks attractive relative to public equities and debt,” notes Bitner. Institutional investors have pulled back on investment volumes compared to 2015-2016, but won't be able to sit on capital indefinitely, he says.

Bitner also expects strong acquisition activity by publicly-traded REITs, which have been liquidating assets acquired early in the cycle and may reinvest that capital next year.

In addition, all types of investors may be active in the suburban office market in the coming year, as “the gap in rent growth between central business districts (CBDs) and suburban office is as narrow as it's ever been,” according to Bitner. In the third quarter, total returns on CBD office investment grew by 5.7 percent, while suburban office assets generated a return of 7.6 percent, based on NCREIF data. Bitner warns, however, that institutional investors are picky when considering suburban office assets, as the location must have the right market characteristics, including access to mass transit and walkability.