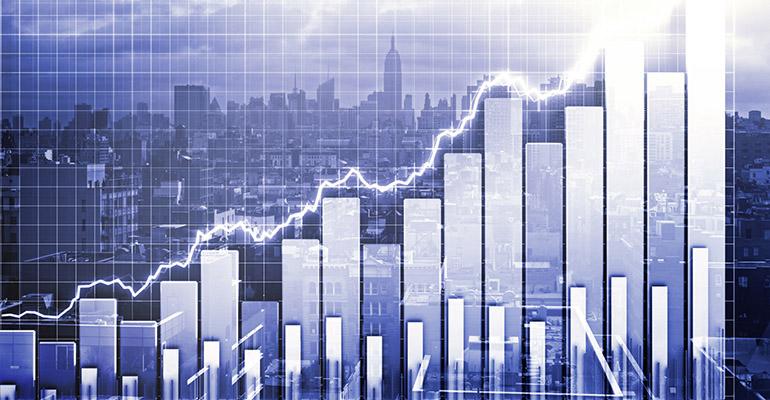 Which Office Markets Will Have the Longest Runway in the Current Real Estate Cycle?

A new report from Cushman & Wakefield looks at which metros might outperform even in a real estate downturn.

A new study from real estate services firm Cushman & Wakefield (C&W) offers insights into which industries and markets will continue to grow regardless of a real estate correction.

The report presents an overall analysis of employment trends in 35 metropolitan statistical areas nationally and the impact on real estate over the nine years since the recession, from 2009 through 2018. It breaks the markets into four categories based on an employment composite number, which was calculated by averaging the percentage change in employment over the study period and the actual number of jobs added. The lower the composite number, the better the market’s overall economic performance.

The 17 MSAs classified as “All Stars” and “Overachievers” are likely to remain the best performers in the long term. All 35 MSAs covered in the report have a population of at least one million and together account for 48 percent of total U.S. employment. These cities have experienced job growth of 18.5 percent over the nine-year study period, but a median employment increase of 21.2 percent.

The 11 metros classified as “Middle of the Road” represent 29.3 percent of employment in the 35 cities studied and experienced a 15.4 percent total median increase in employment since 2009.  Three of these fast-growing employment markets are located in Texas, which is among the fastest growing state economies since 2009.

Corporations relocating their operations from high-barrier, high-tax regions like California are attracted to business-friendly states with a strong labor market and no state income tax, which include Texas, Florida, Tennessee and Washington state, according to Dallas-based Steve Pumper, executive managing partner of capital investments with real estate services firm Transwestern.

The Dallas-Fort Worth region, which scored a low 5 composite in the C&W report and is among the All Stars, has been a “go to” metro for corporations leaving California and experienced significant employment growth since the recession. Pumper notes that the Dallas Chamber of Commerce estimated that for every one job coming to the area from elsewhere, another three to four new jobs are created.

He also suggests that investors keep an eye on the Washington, DC/Northern Virginia metro. Pumper bases this recommendation on the movement of tech companies to the area, in addition to Amazon’s HQ2 with 50,000 jobs. Pumper notes that if the Dallas Chamber’s calculations are applied, Amazon’s presence will add another 150,000 to 200,000 new jobs in the region.

Seven addition metros classified in the C&W report as “Late Bloomers” should not be overlooked, according to Kenneth McCarthy, Americas head of applied research with the firm, as job growth began accelerating there in the last four years, so those metros are expected to have more runway in this cycle. These include Tampa, Fla., Philadelphia, Las Vegas, Jacksonville, Fla., Sacramento, Calif. and Memphis, Tenn.

McCarthy predicts that overall employment will continue to grow along with the economy over the next two years, absorbing additional office space, but at a slower rate, mostly due to the tight labor market. “It’s difficult to add jobs if there is no one to fill them,” he says.

Salt Lake City is another office market attracting a wide range of office users. According to Chang, this metro has the third lowest office vacancy rate nationally, at 9.2 percent. Major leases have been inked by tech, pharmaceutical and financial services firms.

Still, since technology is the fastest growing industry sector globally, cities where high-tech is a major contributor to the economy will continue to outperform the national average and should remain resilient in a real estate downturn, McCarthy notes. The Bay Area and Seattle continue to be the top two high-tech markets in the country, according to Pumper. Seattle has the lowest office vacancy nationally at 8.2 percent, and San Francisco is second with vacancy at 8.6 percent, according to Chang.