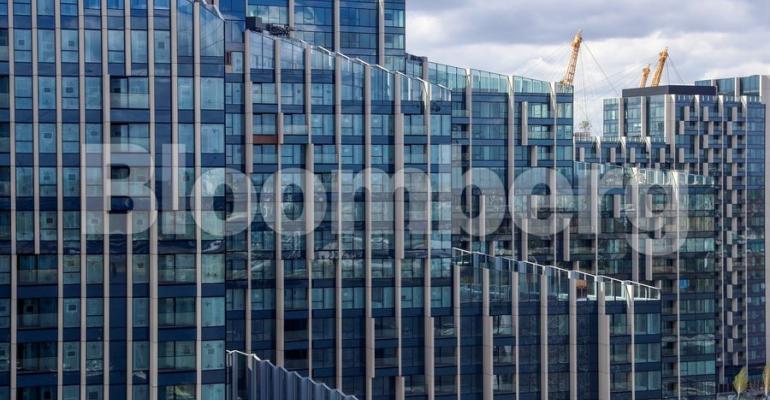 Why London’s Commercial Property Market Is Set for 2020 Revival

Here are six charts that show how political risk shaped the market in 2019, and why next year could see an uptick in deals and prices for London offices.

(Bloomberg) -- London commercial real estate deals look set to pick up in 2020, with the political uncertainty that has plagued the market for more than three years finally starting to lift.

U.K. Prime Minister Boris Johnson has a commanding majority in Parliament after his Conservative Party’s election triumph, allowing him to push through his Brexit deal and make good on his promise to take the country out of the European Union next month. That will give developers and investors greater confidence as they consider new deals, even though the prospect of a disorderly divorce remains if Johnson fails to deliver a trade deal by the end of next year.

“2019 will be the worst year,” said Stephen Down, head of central London and international investment at broker Savills Plc. “We are still traveling with a certain degree of caution, but at least one element of the uncertainty has been taken off the table.”

Here are six charts that show how political risk shaped the market in 2019, and why next year could see an uptick in deals and prices for London offices.

Demand for space usually sets the tone for the real estate market. In London, demand has been resilient, confounding forecasts around the time of the Brexit referendum in mid-2016 of a big decline if voters chose to take the country out of the EU. 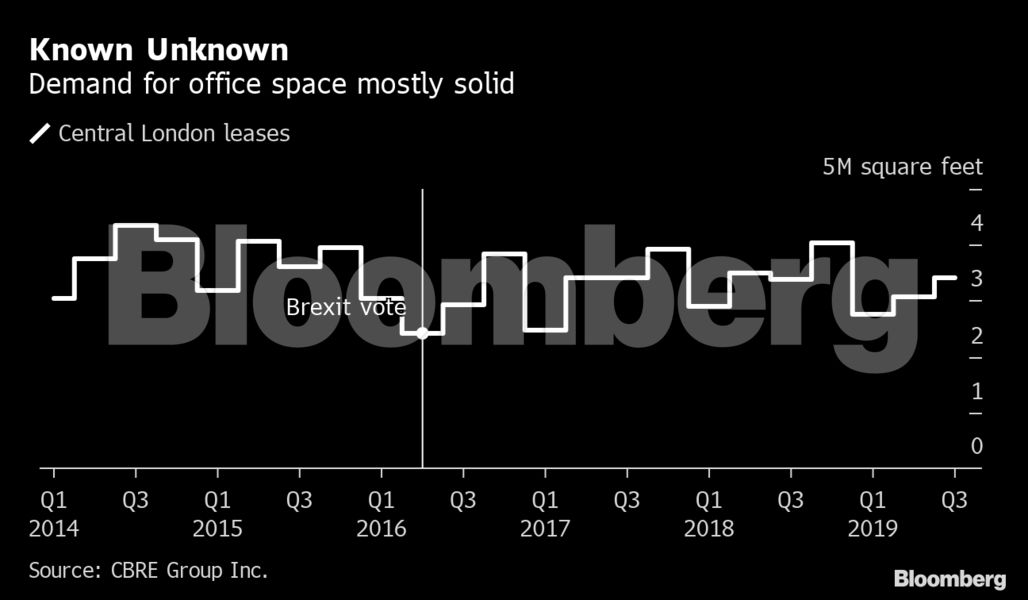 Such steady demand should have set the stage for rising rents and appetite from investors to buy buildings and start new projects, but that’s not how things panned out. Uncertainty reigned as the U.K. missed Brexit deadlines and contested a general election to break the impasse. In this confusion, landlords postponed offering buildings for sale until the political dust settled.

Developers have also been cautious, with new construction declining each year since the Brexit vote despite strong demand, according to research by Deloitte. London’s largest real estate investment trusts have been notably reticent since they were subjected to a major sell-off in the 2016 referendum.

“It is quite surprising we have seen so little development in London in the last year,” said Savills head of commercial research, Mat Oakley. 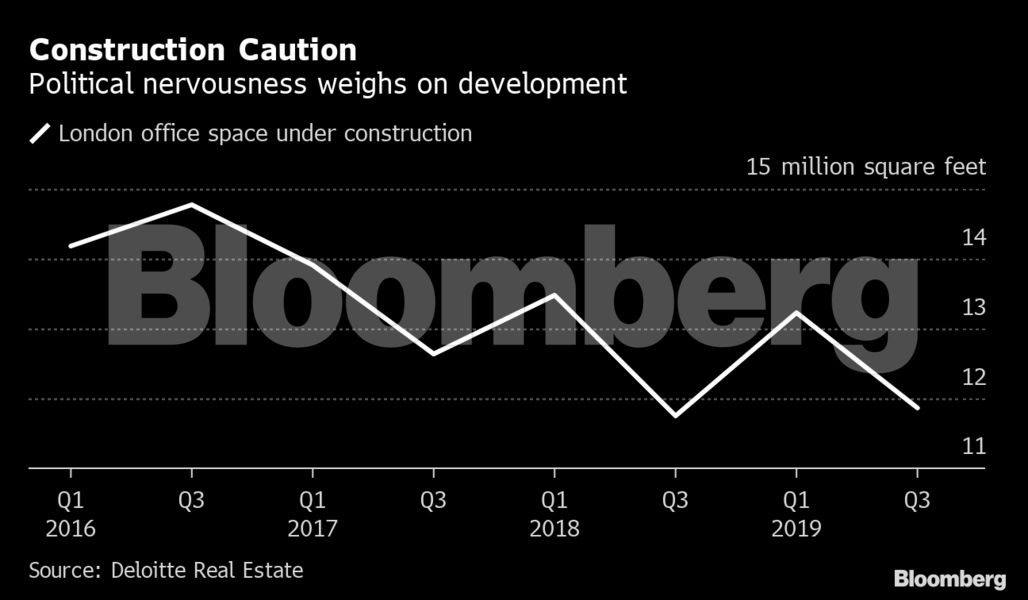 The combination of hardy demand and muted development has resulted in modest vacancy rates. And as demand exceeds new supply, those rates are starting to fall. 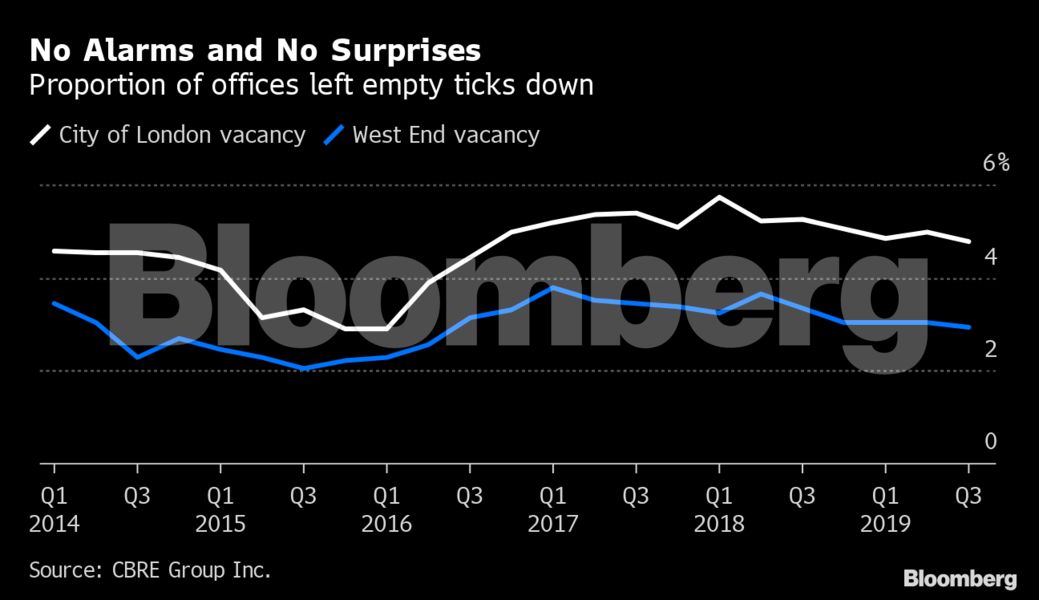 That has led to rising rents in London’s largest business districts for the past two years. Oxford Economics forecasts that about 203,000 new office jobs will be created in London over the next five years, setting the scene for that upward trajectory to continue. 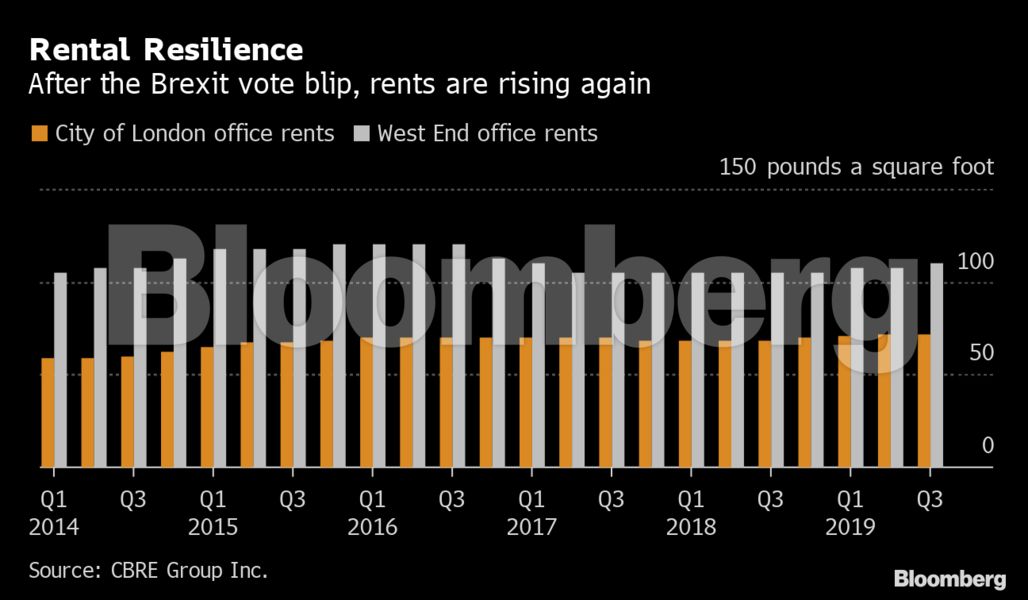 The solid rental market has helped ensure prices for London offices haven’t fallen, apart from a brief dip in the immediate aftermath of the Brexit vote. But the impact of the uncertainty around the U.K.’s future relationship with the EU is most visible when you compare London with its European rivals. Yields -- rent as a proportion of the property value -- have dropped sharply in Berlin and Paris as investors pile into real estate in search of returns.

That means London trades at a sizable discount, and as the election result “has already boosted investor confidence,” both deal-making and prices could rise next year, said James Beckham, CBRE Group Inc.’s head of central London investment. 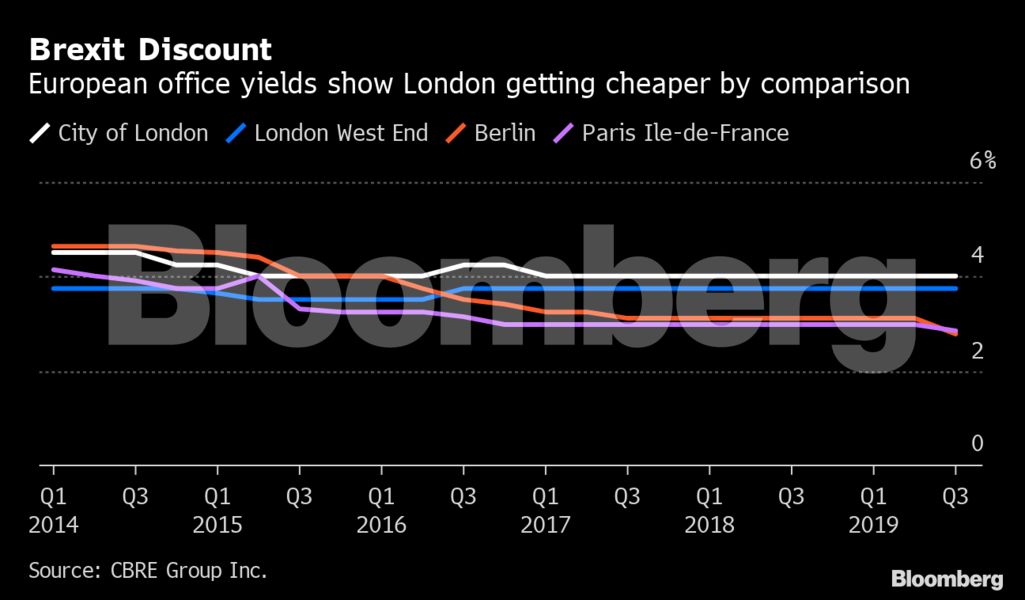 To contact the reporter on this story:
Jack Sidders in London at [email protected]