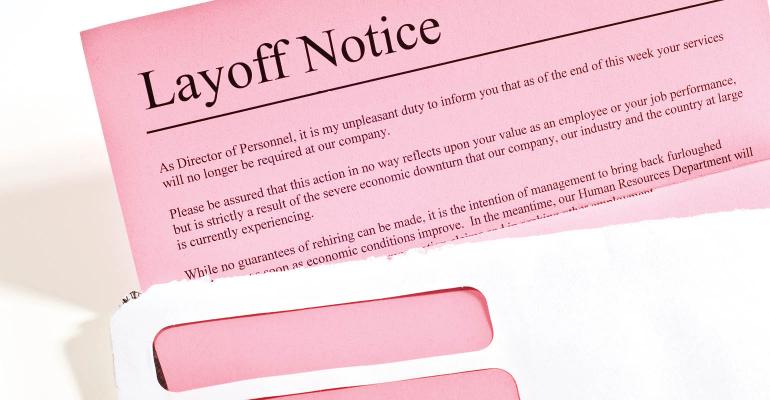 The company is laying off half of full-time staff and most of its hourly workers. Others have been put on furlough.

(Bloomberg)—The Wing, a co-working startup targeting female members, cut about half of its full-time staff and the bulk of its hourly employees, while furloughing other workers, according to people with knowledge of the matter.

The company formally notified staff of the hundreds of job cuts on Friday, said one of the people, who asked not to be identified because the matter is private. The general managers of the Wing’s 11 locations in the U.S. and London have been furloughed until the sites reopen, if they do, the people said, and full-time staff are getting two months of severance and health-care benefits. A representative for the Wing declined to comment.

The Wing had about 150 full-time staff at its headquarters, and roughly 300 hourly employees, Bloomberg reported last month.

“Taking care of our staff in this uncertain time is imperative, which is why we’ve committed to paying them for scheduled shifts in addition to offering paid sick leave,” Wing co-founder Lauren Kassan said at the time. The Wing had been planning then to reopen on April 1, before the full extent of the coronavirus pandemic was clear, and now doesn’t know when or if it can reopen its locations, said the person with knowledge of the matter.

The company last week said it was seeking to donate its spaces, which closed earlier in March, for pandemic relief efforts.

WeWork had been an investor in the Wing until it sold its stake in the smaller startup earlier this year. Other backers have included celebrities Mindy Kaling, Kerry Washington and Megan Rapinoe, venture capital firms Sequoia and NEA, and talent agency Creative Artists Agency.

Flexible workspace companies including Knotel and Industrious have also retrenched and furloughed staff in recent weeks.

The cuts were reported earlier Friday by Vice.